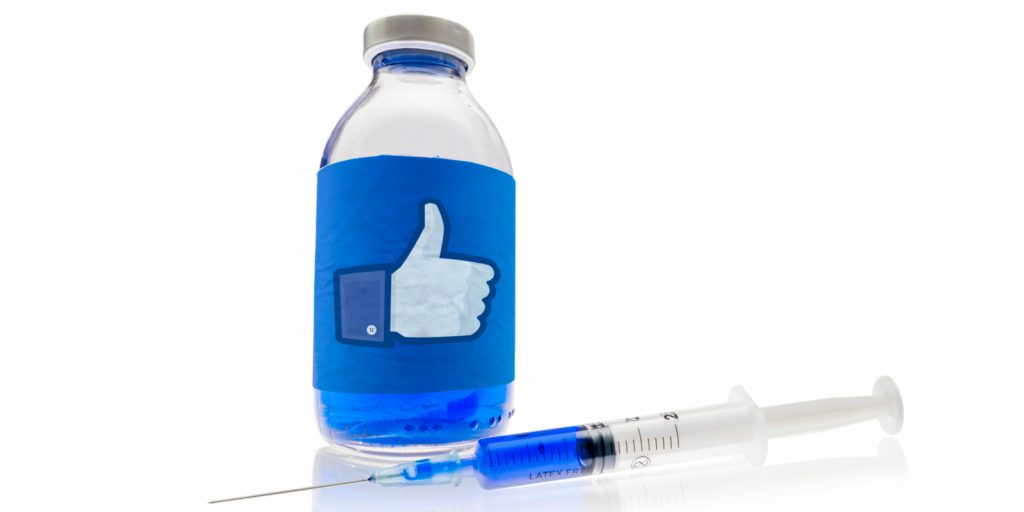 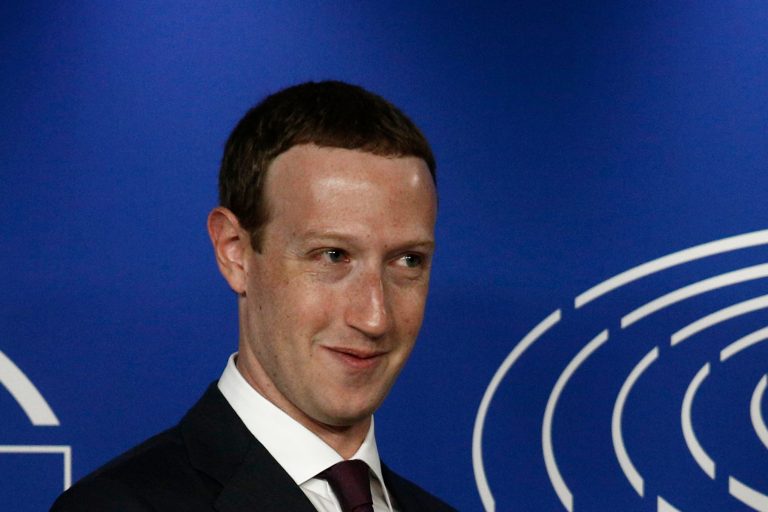 SEC guidance has created a more attractive environment for regulated tech firms like Facebook to offer proprietary cryptoassets integrated into their existing products that can be legally traded on existing crypto-exchanges as non-securities. Meanwhile, the SEC has targeted startup cryptos for increased scrutiny.

The crypto community’s reaction to last month’s SEC guidance ranged from shrugs to consternation. SEC Commissioner Hester Peirce mused that the 38-factor test may “raise more questions than it answers”. These factors, adding to what is referred to as The Howey Test, not only can lead to serious legal ramifications for cryptoasset promoters, including ending their projects and returning investor funds, but also determines whether or not exchanges can list a cryptoasset without violating US securities laws. It can thus mean life or death for projects like KIK, which announced last week that it had sunk $ 5M into battling the SEC over Howey, after its CEO lamented “spend[ing] more time designing for the SEC than for [it’s] users.” However, since there was apparently little relief for existing crypto projects, the guidance does beg an important question: why issue it in the first place?

Recent news from Silicon Valley may shed some light. On May 17, after hiring two Coinbase compliance managers, Facebook formed a Swiss subsidiary to house its new “Project Libra,” a cryptocurrency project pegged to the US dollar apparently incorporating payment processors Mastercard and Visa. Libra may also reward users for watching advertisements, making it similar to the Basic Attention Token (“BAT”) cryptocurrency startup that raised $ 35 Million in 40 seconds in May of 2017, built to reward viewers and facilitate microtransactions on its privacy-focused “Brave” browser.

The sheer scale of impact on cryptoasset markets and global payment flows that widespread use of a native Facebook token would have is hard to understate. Facebook’s 2.38 billion monthly active users constitute nearly a third of the planet’s population, dwarfing the footprint of all combined cryptocurrency projects. This prospect, which has garnered surprisingly little interest from the crypto community, should give pause to everyone from altcoin enthusiasts to ardent Bitcoin maximalists.

For those enthusiastic about the proliferation of new payments systems of any stripe, this is exciting news. However, for those in favor of decentralized cryptocurrencies, this should raise alarm bells, particularly in light of Facebook’s repeated demonstration of a lack of respect for individual privacy, an overtly censorious attitude, and a penchant for dishonesty — all of which are meant to be disintermediated by the censorship-resistant platforms that cryptocurrency advocates hope will eventually take over as value-transfer mechanisms. If even a small percentage of Facebook users adopt its cryptocurrency and use it to access crypto-exchanges, it may lead to an unprecedented expansion in cryptoasset users and increase in prices, while giving a centralized party (namely Facebook and Mark Zuckerberg) unparalleled leverage over the familiar exchanges, wallets, and other relatively small-scale service providers that have sprouted up in the past decade.

In contrast to Facebook, most cryptoasset projects, like BAT, start from scratch. Created by Mozilla co-founder Brendan Eich, BAT plans to use its $ 35 million in ICO funds to incentivize its team and build a decentralized platform. Born from Mozilla’s non-profit open-source mentality, the platform will be designed to “disrupt” the digital advertising industry by directly connecting users, publishers, and advertisers, thereby disintermediating the likes of Google and Facebook. This startup ICO funding mechanism has characterized many of the most celebrated and successful crypto projects, as well as most notorious scams. However, according to the SEC guidance, a token like BAT — where the promoter “retains a stake or interest in the digital asset”, or where they “distribute digital asset as compensation to management” — will be more likely deemed a security than Libra, for which Facebook has $ 44 billion in cash reserves to pay.

Similarly, the SEC now says a token is more likely to be a security when the promoter has “raised an amount of funds in excess of what may be needed to establish a functional network or digital asset,” where the promoter can “benefit from its efforts as result of holding the asset,” where it “continues to spend funds from proceeds or operations” to enhance the network, and where the future value of the network and promoter’s expertise are included in fundraising documentation, all of which may apply to offerings like BAT but probably not Libra. Moreover, the SEC is also more likely to see a security where there is a “promise (implied or explicit) to build a business or operation” — such as BAT’s platform — “as opposed to delivering currently available goods or services for use on an existing network” — such as Facebook’s.

Furthermore, the SEC maintains that if an asset is offered “broadly to potential purchasers,” as BAT’s offering was, “as compared to being targeted to expected users of the goods or services who have a need for the functionality of the network,” it is more likely to be deemed a security. This is more good news for Facebook, which appears to be targeting users on Messenger, Facebook, and Instagram for Libra. 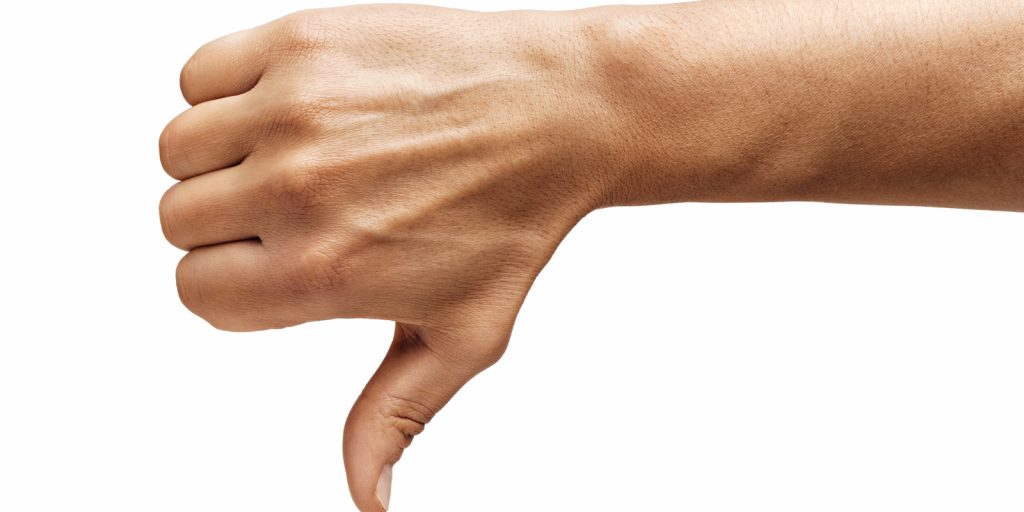 In perhaps the most telling of the guidelines, the SEC says it is less likely to consider a cryptoasset a security when it is “designed” such that “its value will remain constant or even degrade over time.” The SEC is further likely to find a digital asset to be a non-security when it “acts as a substitute for fiat currency,” and “can currently be redeemed within a developed network or platform to acquire or otherwise use those goods or services.”

Given that cryptocurrencies emerged in the wake of the financial crisis of 2008 as an alternative to the fiat-based global financial system centered around Wall Street, US regulators agreeing to lay down their arms for crypto-offerings that do not have the deflationary mechanism and intentional scarcity that gives Bitcoin its value may not be the embrace of cryptocurrencies that it was believed to be. Rather, it is reminiscent of the common 2015 refrain from legacy financial institutions and government agents that “it’s not about bitcoin [or cryptoassets], it’s about the underlying blockchain technology.” Now it appears that cryptoassets are also fine, so long as they do not rise in value, and especially if they are offered by a company listed on a major stock exchange that is part of the fiat-based global financial system centered around Wall Street.

Encouraging publicly-traded US firms that launched successful IPOs — and are thus already under the SEC’s supervision — to enter and hold sway in the cryptocurrency space conforms to key SEC policy interests. During 2017 and 2018, thousands of ICOs raised a combined $ 15 billion, up from less than $ 100 million in the two years prior, while the number of US-based IPOs has remained under 200 since the 2008 financial crisis, less than half the dot-com bubble highs. Recent indicators suggest that a record setting 80% of ICOs were unprofitable in 2018, with tepid responses to the mega-IPOs of Uber and Lyft in 2019.

For their part, ICOs are increasingly occurring outside the US, with British Virgin Islands, Cayman, and Singapore capturing a combined $ 7.6 billion, or 60% of ICOs in 2018. Simply lowering barriers to entry for IPOs, one approach the SEC appears to be entertaining, may be an attempt to downplay the million dollar IPO sticker shock in an environment where the off-shore ICO model is increasingly attractive. In this context, it appears the SEC is in a difficult position; forced to decide between shrinking its mandate of protecting US investors by unilaterally weakening Howey to incentivize on-shore ICOs, some of which will undoubtedly lead to serious consumer fraud, or forcing ICOs off-shore by subpoenaing, litigating frauds, and “stifling” with its lack of clarity. However, if tokens like Libra, launched by a publicly-traded, SEC-compliant, multinational corporation became dominant, it could allow the SEC and other regulators to exert second-order influence across the still nascent cryptoasset markets and services industries.

None of this, however, is to imply the SEC is directly intending to stifle innovation or entrepreneurship. Although not relying on clear precedent in every instance, nothing within the guidance falls outside the spirit of Howey. Moreover, the SEC, as a prosecutorial body, is expected to draw the broadest possible interpretation of the law in favor of a finding that an offering is a security. Publicly stating that certain activities are within its jurisdiction does not make law, whereas stating that activities are outside of its jurisdiction could serve as a defense against prosecution and weaken its hand. Therein lies a potential purpose: many of the areas that the SEC appears to have exempted in its guidance are previously gray areas that existing Big Tech firms may now seek to occupy. As publicly traded multinationals like Facebook are unable to wade into the gray areas where startups tread, this may have been a necessary step to pave the way for Libra. Now the crypto community, like it or not, has a choice: prepare for Libra or get Zucked.

What do you think about this subject? Share your thoughts in the comments section below.