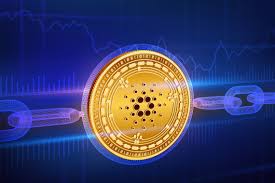 Will Cardano Be Unveiling DEXes This Christmas?

Cardano network has been sailing the treacherous storms lately, the recent market crash has been an addition to the prevailing agony. Howbeit, the sixth-largest crypto has been making rounds on public platforms. As the protocol sees growing impetus in its use cases.

Charles Hoskinson reveals the arrival time frame of DEXes built on Cardano. Meanwhile, Cardano’s native token ADA holds its price well above the $ 1 mark despite the market crash. Enthusiasts from the community are looking forward to the digital asset breaking through the barriers towards previous highs.

Will Cardano’s DEXes Help Cardano Network Emerge From Its Shadows?

Charles Hoskinson reveals on a public platform that decentralized exchanges on Cardano are just weeks away. Which might probably arrive by Christmas time. He further mentions that he is proud of the team for their toil and pulling-off things swiftly with Sundaeswap.

The firm will be launching the testnet on the 5th of December, which CoinPedia had earlier reported. Alongside the network hitting the new milestone of 20 million transactions without a single outage in the network’s four-year history. And the De-Fi protocols in the works, while hosting projects like Fracada.

Is Cardano (ADA) Price Heading Towards The Moon?

As CoinPedia had previously cited, ADA price has managed to stay well above the $ 1 mark despite the shortcomings. The digital coin could retest levels around $ 2.3 post claiming its resistance levels around $ 1.88.

Summing up, Cardano withstanding the high tides is praise-worthy. The utility projects rolling out from Cardano will instill faith in investors and traders. The staking of ADA has been one of the pivotal reasons that have been assisting the price to withstand the shortcomings to a greater extent. With more projects going live, alongside the protocol receiving upgrades, Cardano could make its way to its previous growth metrics.