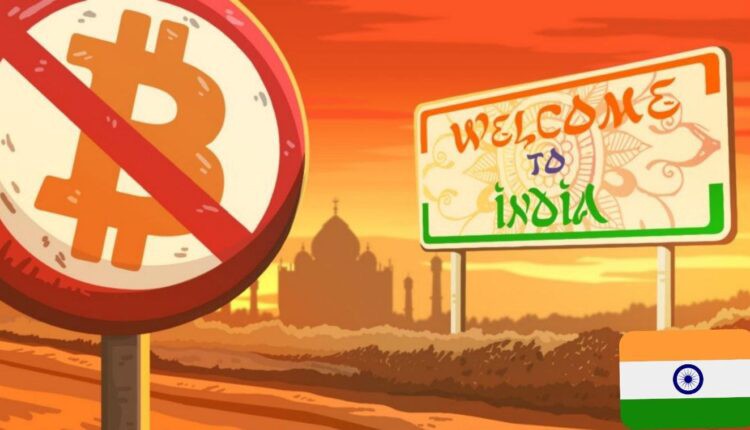 Why Is The Government Of India Going To Ban Decentralized Cryptocurrencies?

Decentralized cryptocurrencies like bitcoin and ether are in essence a new financial proposition for humanity. A proposal that involves the libertarian character for the majority of the citizens of the world.

A fact that does not suit the majority of the world’s governments, especially those of a totalitarian nature, since it is convenient for most of them to maintain control over their citizens, and what better way to do it than through their economy?

Therefore, the prohibition measure that is about to be carried out in the Asian giant cannot surprise us. A measure that aims to avoid buying bitcoin in India.

Basically this because according to the lower house of the Parliament of India, which is bicameral the “Lok Sabha”, the law of the Reserve Bank of India that prohibits cryptocurrencies and in turn regulates the new official state digital currency in 2021, is ready and scheduled for your introduction, consideration and approval.

Many citizens are wondering at this time why the Indian government wants to ban the purchase of bitcoin in India?

This is how consequently official entities have already begun to disseminate an opinion matrix like the one that we will point out below, however, pay special attention because this entire opinion matrix is ​​an easily contested and disposable pantomime, which only aims to persuade and convince Indians not to buy bitcoin in India through bad arguments.

With a source from the official blog of the non-governmental organization PRS focused on the legislative investigation of India, the main reasons for the ban of decentralized cryptocurrencies in India are:

Among the arguments raised by the committee created by the Ministry of Finance to study issues related to virtual currencies, and create the law that prohibits the use of cryptocurrencies, it highlights that the fluctuations are due to the absence of a central authority that regulates said asset, further noted that:

“The price of virtual currencies is a matter of mere speculation that results in an outbreak of volatility in their prices”.

From another perspective and in the form of a reply, it is important to note that this is precisely the essence of bitcoin and other decentralized cryptocurrencies, stimulating financial freedom, free from state control and private companies.

Now, with regard to the fact of volatility, we must remember that all the assets in the world fluctuate, only that in the case of decentralized cryptocurrencies it is more evident because it is a market that is barely 10 years old and begins to forge its foundations, as more citizens of the world get involved, the more stable it will be.

However, and while this is happening, there is another benefit and that is that many citizens have benefited financially from buying bitcoin in India, since they have made significantly a lot of money thanks to their investments and fluctuations. If we see it well, buying bitcoin in India is practically a win-win situation.

When buying bitcoin in India choose a reputable and reliable exchange such as Remitano, click on the following link, and you will get the best deals to buy bitcoin in exchange for INR Rupees: https://remitano.com/r/in/buy-sell-bitcoin-in-india.

At this point the parliamentary committee alleges that the design of bitcoin and other cryptocurrencies leaves users potentially exposed to fraud, motivated to various types of cyberattacks such as the well-known phishing and Ponzi schemes.

What sounds paradoxical at this point is that the parliamentary committee is not saying anything that does not happen in the same way, and even in greater proportion with the fiat currency, and not for that reason neither the Rupee, and other Fiat currencies have been banned.

According to PwC’s 2020 Global Economic Crime and Fraud Survey, US $ 42 billion is the total fraud losses reported by respondents, the most common crimes include: customer fraud, cybercrime and misappropriation of assets.

PwC obtains this data by interviewing 5,000 respondents in 99 territories about their experience with fraud during the last 24 months, that is, in this last report it included the period of the year 2019 and 2020.

It should be noted that the 5000 respondents are duly registered companies, and that they are part of the fiat world. At this point, it would be interesting to ask said Indian parliamentary committee what do they think of this type of fraud that far exceeds that which could be calculated from the crypto-market? However, the use of fiat currency has not been prohibited for this reason, be this Rupee, USD or EUR, then why else do it with decentralized cryptocurrencies?

Another point that the parliamentary committee touches is that bitcoin transactions in India (among other cryptocurrencies), are irreversible, an argument that does not differ much from the fiat world, since reversals are not easy to do, they take a long bureaucratic process and tests so that a fiat operation can be reversed.

That is why the crypto-cosmo was born with a rather educational and orientative vision, since financial freedom has its sacrifices, hence one of its pillars is education.

In this case, the parliamentary committee argued that cryptocurrencies can have negative consequences on the demand for electricity in India, this because validating a transaction in bitcoin requires a high consumption of electricity to solve semi-complex mathematical problems on the part of specialized computers for this.

The committee relied on a study that estimated that 19 households in the US can be powered for one day with the electricity consumed in a single bitcoin transaction.

At this point, a certain ignorance of the parliamentary committee regarding the crypto issue is also evident, because although bitcoin has this enormous surplus of energy demand since it uses a consensus protocol called Proof of Work, most of the other decentralized cryptocurrencies they have much more ecological systems, such as the Proof of Stake.

In fact, the second most influential platform and cryptocurrency in the world; Ethereum is progressively moving its protocol from Proof of Work to Proof of Stake. Which means, if the committee’s concern was really electric power, they could have banned only cryptocurrencies like bitcoin and Litecoin that use Proof of Work, and allowed the use of cryptocurrencies that use technologies such as Proof of Stake and Tangle, among others, but this is not the case, that is, it is only a mere excuse.

Potential use for criminal activities:

In this area, the parliamentary committee is based on the fact that cryptocurrencies provide a higher level of anonymity than conventional fiat currency payment methods. Hence, they rely on this to claim that it makes them more conducive to money laundering and as vehicle currencies for terrorist financing.

All this because its decentralized and anonymous nature makes it difficult for the relevant police authorities to track down people involved in illicit activities, and therefore to enforce the Law.

Again, the data and statistics do not fail, proof of this is that the latest study carried out by the non-governmental organization Basel Institute on Governance in 2020, reflects that the world continues to be immersed in the problem of money laundering, for use in activities illicit.

The Basel AML Index remains unacceptably high at 5.22 out of 10, where 10 equals maximum risk. In fact, only six countries improved their scores by more than one point. 35 countries fell back.

“The financial systems of many countries remain too exposed to money laundering, terrorist financing and related crimes”.

Also, if we compare the global market capitalization of cryptocurrencies with the market capitalization of fiat currency, the difference is incredibly overwhelming, according to coinmarketcap that of cryptocurrencies is $ 1.44 trillion as of March 5, 2021, while that of all the fiat money in the world is: approximately $ 90 billion according to the International Monetary Fund.

This makes it clear that conventional fiat currency payment methods are still the main responsible for laundering money in the world for illicit activities.

Even in the face of this fact, the opposite could happen with respect to decentralized cryptocurrencies since the blockchain is an immutable technology, which means that the transaction history is permanently saved, something that although it happens with the financial records of the currency fiat, they can be easily modified and hidden, and it is no secret that where the hand of the human being enters, there are always traces of corruption.

This would not happen with the blockchain as it is transparent, immutable, and publicly auditable. What is certain is that the blockchain allows higher levels of privacy, since there is no registration on the network (system) in the form of a first and last name, but a user code on the network. Which means that a specialized detective police force can track transactions even more accurately, there are already many cases of arrest of criminals thanks to the registration in the bitcoin blockchain.

In summary, none of the points highlighted above by the Indian authorities are the cause of the ban of bitcoin in India (and other cryptocurrencies), in reality they are all excuses, the main reason is that the Indian government does not want to lose control of the country’s financial system, therefore, will do everything possible to maintain it, as has been done by China and Russia, although the political models are different, the purpose of government financial control is the same.

Why Is The Government Of India Going To Ban Decentralized Cryptocurrencies? was originally published in The Capital on Medium, where people are continuing the conversation by highlighting and responding to this story.