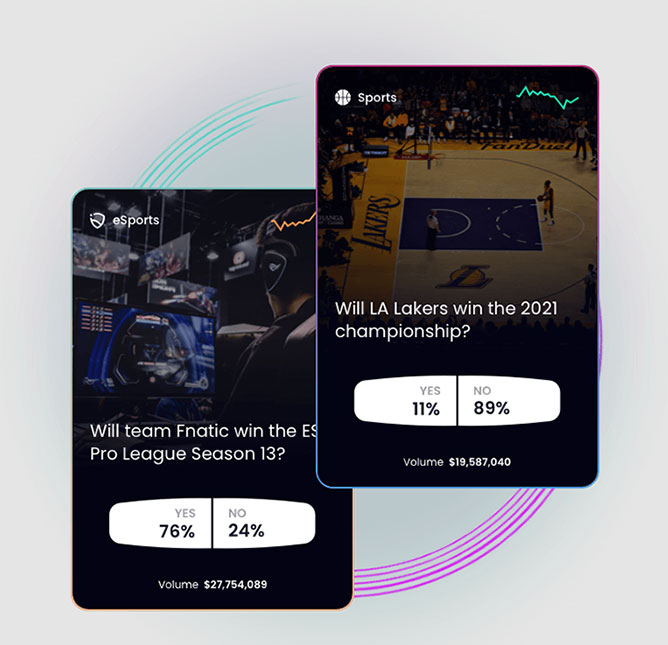 Venue One, a new blockchain-powered predictions exchange will soon launch live operations on Algorand. Deploying on the Algorand chain will enable Venue One to deliver super speed, flexibility, and security.

In May of 2022, Venue One declared beta tests would begin. The platform had complete functionality in the beta stage, and beta-testers were able to make predictions and offer feedback to the Venue One team.

On Venue One, users are able to take positions in sports, eSports, finance, events, and more, with a focus on short-duration markets and events.

Besides support for USDC and USDT stablecoins, Venue One has its native token anointed $ VENO, which powers players and liquidity by providing rewards.

Players can interact with the platform in three ways:

One of the prominent features of the Venue One prediction protocol is that it enables users to deposit collateral and access payouts in stablecoins (USDC and USDT). Those who don’t operate with stablecoins can use the fiat and $ ALGO on-ramps.

Essentially, players can put collateral against their predictions and receive payouts in stablecoins.

Liquidity providers (LPs) can deposit funds while betting against certain outcomes to ensure that the market built around an event has enough liquidity. This constructs high-volume markets in sports, eSports, and other categories while helping LPs secure generous rewards at low risk.

Final outcomes on bets will be a hybrid approach, using decentralized, 3rd-party data to verify outcomes. Eventually, the Venue One team plans to decentralize outcomes by using on-chain oracles to verify results.

The protocol was created by George Cotsikis, who trained as an engineer and has more than two decades of experience working in traditional finance, mainly trading quantitative portfolios. He held senior positions at Salomon Brothers and Citigroup, which eventually acquired the former.