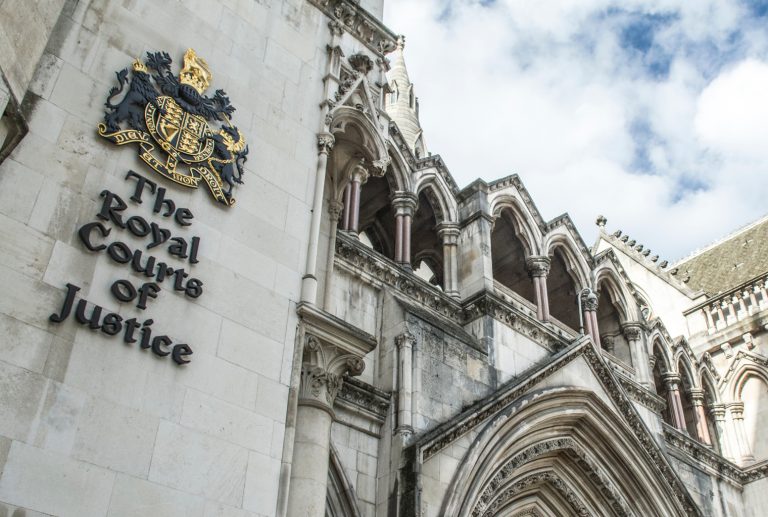 According to documents from the U.K.’s High Court of Justice published on July 31, a judge has denied Craig Wright’s libel lawsuit against Roger Ver. Wright filed the charge against Ver when the early bitcoin investor told the public he believed Wright was a “liar and a fraud.” However, the court found “no evidence at all of any actual reputational harm” and further emphasized that the England and Wales court system wasn’t the “most appropriate place” to bring the claim handle on such complaints.

No Objective Evidence of Any Harm to Reputation

An England and Wales High Court Judge ruled against Craig Wright’s libel lawsuit against Bitcoin.com’s Roger Ver this week. According to the U.K. judge, Wright failed to produce and has not satisfied the court with objective evidence of any harm to his reputation in England and Wales. In consequence, “the court has no jurisdiction to hear and determine the action,” Judge Nicklin ruled. Wright and his legal team decided to serve Ver in London with a suit at a Bitcoin Cash meetup in May. The lawsuit claimed Ver had defamed Wright and asserted that Ver’s statements hurt his reputation.

At the time, Decrypt Media was present at the BCH meetup and asked Ver if he was worried about the lawsuit. “I’m not worried one bit. I’m annoyed that I have to spend some money on the lawsuit rather than hire one developer to build more tools to bring more economic freedom to the world,” Ver explained to the media outlet. He told the publication that Wright’s litigation tactics weren’t helping the reputation of Bitcoin SV (BSV) and said the bad press would hurt the coin’s growth. “If you’re busy suing everybody, people aren’t going to be your friend. It’s that simple. Look at the lawsuits, all the exchanges that delisted BSV,” Ver noted.

The libel suit didn’t work out for Wright as the action was “struck out” and he must also bear Ver’s legal fees. The justice presiding over the case said Wright’s legal counsel presented weak evidence. “In my judgment, the claimant’s evidence as to the extent of harm that the publications have caused (or are likely to cause) is weak, lacks detail and the three paragraphs I have set out, put forward evidence at a level of generality that is almost entirely speculative,” Judge Nicklin said. The U.K. Justice continued:

There is no objective evidence of any harm to reputation in England and Wales. The claimant has failed completely to address whether and to what extent the publications complained of have harmed his reputation in other jurisdictions.

Bitcoin Is a Global Community

Judge Nicklin further stated that there is no evidence at all of any actual reputational harm that Wright has suffered as a result of any of Ver’s publications. The judge also said that he accepted the fact that Wright filed the case in England and Wales for convenience because he lived in the U.K. “Nevertheless, these are minor factors which carry little weight when assessed against the extent of publication and harm to reputation,” the judge conceded.

“In my judgment, [Wright] has failed to demonstrate that, judged in terms of harm to reputation, England and Wales is clearly the most appropriate place to bring this defamation claim,” Nicklin ruled. Moreover, Judge Nicklin said that the Ver’s remarks were not addressed to citizens located in England and Wales, but rather the cryptocurrency community in general.

“In reality, the Defendant addressed his remarks to the global Bitcoin community, not any sector of it exclusively in the UK. It is true that the claimant has been resident in the UK since 2015, but has little to do with the issue of targeting,” the Judge detailed. “The message in the publications complained of would have been targeted at him in whatever jurisdiction he lived. These were global publications disseminated on global platforms.”

It is uncertain how the decision against Wright’s defamation claims against Ver will affect the other lawsuits he started. In addition to Roger Ver, Hodlonaut, and Peter McCormack, BSV supporters also said John McAfee would be served alongside Ethereum cofounder Vitalik Buterin. Wright is also dealing with a lawsuit in Florida, where he is accused of manipulating billions of dollars worth of assets that allegedly belonged to the now-deceased David Kleiman. In that case, another self-proclaimed Satoshi Nakamoto came forward with a written letter to the court and the Kleiman estate’s expert witness has accused Wright of modifying and backdating documents.

With the dismissed libel lawsuit against Ver, Judge Nicklin said that Wright had explained his efforts to file a copyright registration for the Bitcoin whitepaper in the U.S. but mentioned that these details were not “particularly material.” The judge noted during his conclusion that Bitcoin is not represented by a specific country of users. “I would note here that Bitcoin is a global cryptocurrency and, likewise, the Bitcoin community that [Wright] described in his statement is a global community, not one limited to the UK.”

What do you think about the Judge ruling against Craig Wright’s libel case against Roger Ver? Do you think he will also be defeated in his libel claims against Hodlonaut, Peter McCormick, John McAfee, and Vitalik Buterin? Let us know what you think about this subject in the comments section below.