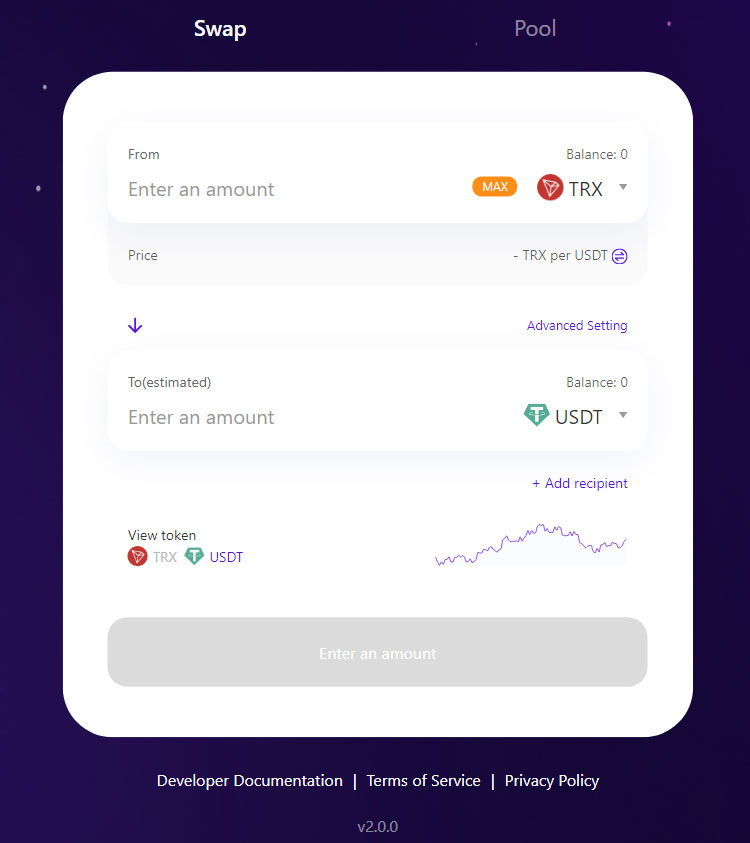 ﻿SunSwap, a decentralized application on TRON for exchanges between TRC20 tokens, recently announced it has officially rolled out an upgrade with the brand-new SunSwap V2.

There have been a series of improvements implemented based on the swap and liquidity mechanism, with V2 featuring the following modifications:

“Committed to building long-term value, SunSwap has made significant progress in improving its functionalities, user experience, and security. We are confident that as V2 goes live, it will surely deliver a better user experience.”
– The SunSwap Team

Around two months ago, the SunSwap team acquired JustSwap and officially renamed it SunSwap, along with launching the exchange on the domain sunswap.com. With SunSwap, all trading fees collected on the exchange go directly to liquidity providers rather than the protocol itself.

Redditors share their thoughts on buying Bitcoin at all-time highs