Tron-Based Tether Has Ballooned to Over 900 Million Tokens, Almost 22% of Total Supply

Since Tether’s (USDT) migration to other networks beside the BTC-based Omni protocol, significant shifts have taken place seeing the heavily-printed stablecoin rise to prominence also via Ethereum’s ERC20 standard and Tron’s TRC20 implementation. Ethereum-based USDT supply currently sits at over 2.2 billion tokens, while the Omni equivalent stands at around 1.5 billion. The Tron network adds over 900 million tethers to this mix, with the popular and controversial USDT stablecoin showing no sign of slowing down.

Tether’s expansion to other networks from the Omni Layer since its creation in 2014 is testament to its almost ubiquitous popularity. An asset seen as enabling stability and liquidity in the typically volatile context of crypto trading.

Tether has not been without its skeptics and detractors, however. From alleged market manipulation involving ties to Bitfinex, to terms of service revisions detailing that the asset is no longer backed only by dollars, but also by “other assets and receivables from loans made by Tether to third parties,” those scrutinizing the coin have had more than a few reasons to raise an eyebrow.

That notwithstanding, growth on the ERC20 and TRC20 standards shows that tether retains demand even when not associated with the Bitcoin Core protocol. Since the announcement of TRC20 tether in March 2019, USDT supply on the Tron Network has risen to over 900 million tokens. 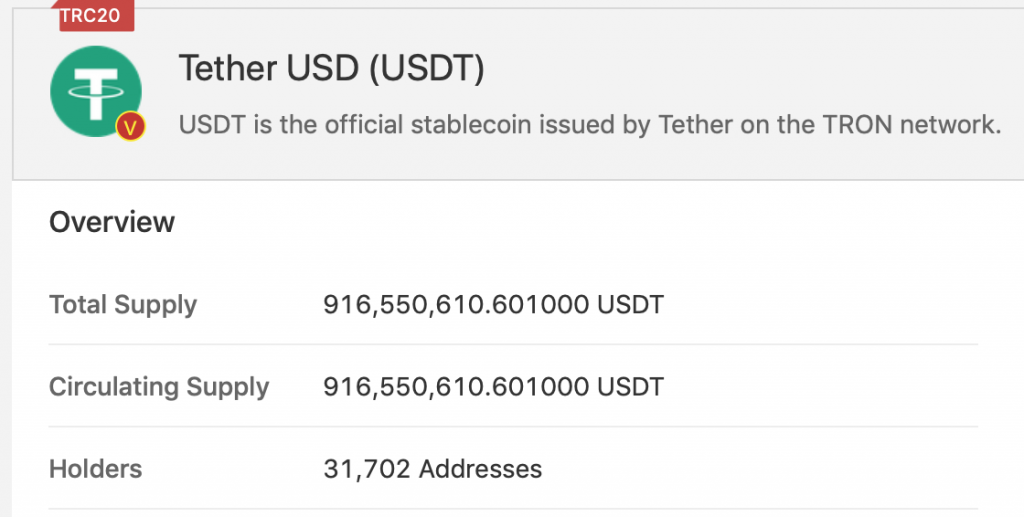 Last summer, when ERC20 tether transactions flipped the number of USDT Omni transactions, the crypto space took notice. The amount of tether on the Omni Layer at that time (2.5 billion) has since dwindled to just 1.5 billion at press time, with the ETH network currently housing over 2.2 billion tethers on chain.

The EOS network is also home to the stablecoin, and sees tether’s circulating presence there at just over 5 million tokens, with a Bitfinex-managed account holding 88.6% of this supply. Where Tron is concerned, a Binance account is the top holder, and on the ETH network the top holder is Huobi. USDT also has a presence on the Algorand blockchain.

It will be interesting to see how tether develops into the new year, as the outcomes of various legal battles, potential chain swaps and migrations of USDT to other networks, and the long-debated claims of the asset actually being redeemable for dollars, all stand to be brought to greater clarity.

What are your thoughts on Tether? Is USDT’s continued growth and printing good for the crypto space? Let us know in the comments section below.

The post Tron-Based Tether Has Ballooned to Over 900 Million Tokens, Almost 22% of Total Supply appeared first on Bitcoin News.