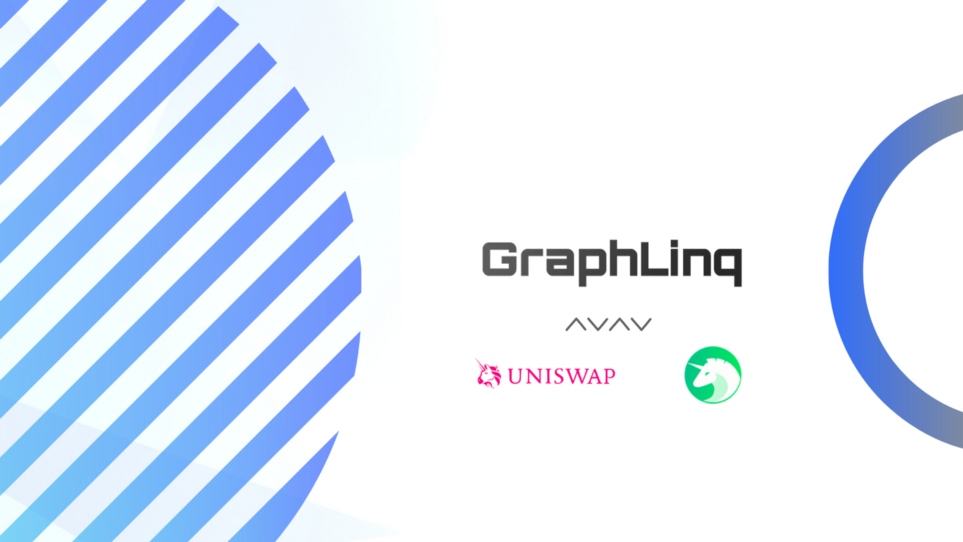 The Graphlinq Presale Is Coming on Uniswap Via Unicrypt Network!

Launched in early 2021, Graphlinq offers a set of tools to help crypto and DeFi enthusiasts interface the blockchain with any connected system as effortlessly as possible.

The protocol provides an integrated development environment (IDE) and a powerful engine for blockchain data monitoring that runs concurrently over multi-chain apps and a centralized data stream.

Essentially, the Graphlinq platform allows users to automate and deploy everything blockchain oriented, including smart contracts, arbitrages on DEXs or trading bots without having to write a single line of code.

By tapping into this protocol, anyone from existing developers to crypto newcomers can create and deploy Graphs without any coding experience required. Unlike other platforms that offer similar services, Graphlinq isn’t focused on specific automation and has a unique execution fee method.

The automation of decentralized DeFi data monitorization and external executions over multiple blockchains helps suit the trading and other needs of each user. Crypto and DeFi lovers can connect to the Ethereum (ETH) or Binance Smart Chain (BSC) data-feed at low costs and in real-time using the protocol.

The imminent token sale comes after the successful completion of the GLQ private presale that opened at 5 PM UTC on March 16. That invite-only round was capped at 1 ETH per wallet and concluded in less than 10 minutes, offering participants a total of 50M GLQ (10%).

Holders of GLQ will soon be able to use the token to run graphs (.glq files) executed over the GraphLink engine network and pay an execution fee of the node, referred to as GAS. Each time users pay to run graphs on the mainnet, the GLQ used will be burned from the circulation as a deflationary measure.

GLQ owners will use the native token to execute diverse processes over the blockchain to trigger events, automate tasks and more. Use cases for the token are projected to increase as the entire ecosystem grows over time.

Investors will soon be able to participate in the presale over the Unicrypt Network, which will occur in the form of an Initial Liquidity Offering (ILO) on the Unicrypt website. The Graphlinq team looks forward to seeing all interested participants at the presale on UNCX token!

Other Upcoming Developments on Graphlinq

The primary motivation behind Graphlinq is to allow anyone, be it an experienced coder, organization or blockchain enthusiast, to get the “developer experience” without having the hassle to code.

The Graphlinq ecosystem is currently built on top of the Ethereum (ERC20) network, but plans are underway to develop the protocol’s own Proof Of Stake (POS) blockchain by the end of 2021.

The project also plans to hand over control of future GraphLinq development to community members by implementing a decentralized autonomous organization (DAO) governance later this year.

Graphlinq users can also look forward to a community-driven marketplace in Q3 of 2021, where they can purchase remade Graph templates peer to peer using the GLQ token.

Furthermore, Graphlinq roadmap contains many more exciting products for the future, including staking for GLQ via a smart contract. The staking platform will allow early adaptors and stakers to earn lucrative APY rewards for holding GLQ tokens.

The Graphlinq Presale Is Coming on Uniswap Via Unicrypt Network! was originally published in The Capital on Medium, where people are continuing the conversation by highlighting and responding to this story.