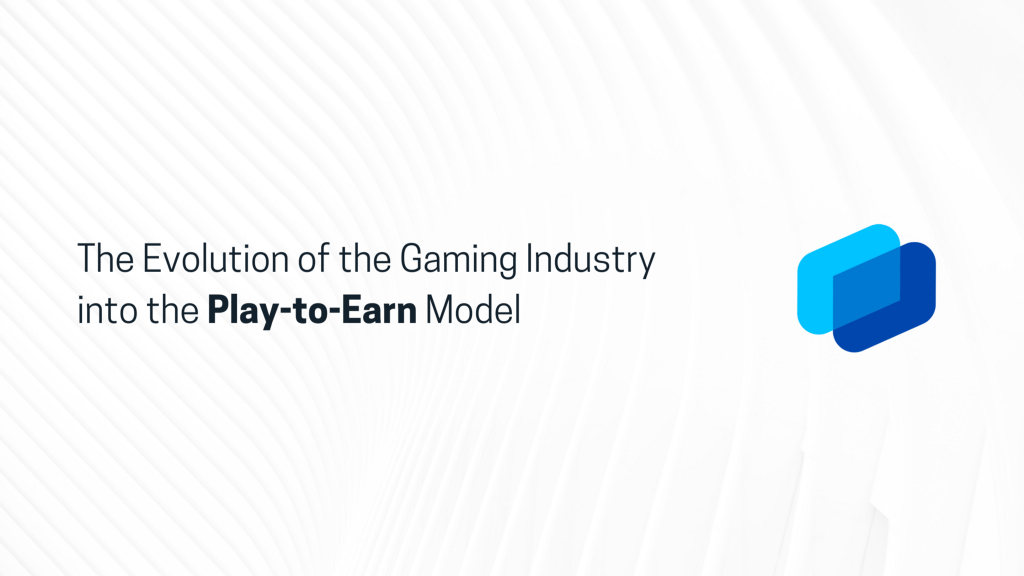 With global cryptocurrency markets in a slump, at least one sector of the digital-asset industry appears to be primarily unscathed: blockchain-based gaming. According to the data tracker DappRadar, 398 active blockchain games are now defined as having at least one functional wallet within the game in the previous 24 hours. It represents a 92 percent gain from a year earlier. Over the last year, the overall number of blockchain games, including dormant ones, has increased by 71% to 1,179.

Gamers will only play games that allow them to earn money in five years, known as play-to-earn games. Alexis Ohanian, the renowned social media site Reddit co-founder, believes this. He feels that more people are looking for ways to be compensated for their valuable time.

The emergence of gaming consoles such as the Atari was the first significant gaming development. However, the significant technological improvements occurred with the debut of the Sega Dreamcast, the first game console with actual internet capabilities, ushering in a whole new era of gaming.

The original purpose of gaming consoles was to bring friends and families together for a good time. However, with the arrival of internet gaming, gamers worldwide could compete against each other for hours at a time. It will also boost competition and give birth to some of the first esports leagues.

Even with the development of online gaming, this genre still has restrictions. People must still buy consoles and games to participate. Furthermore, some games, such as the Halo franchise, are only compatible with specific platforms, such as Microsoft’s Xbox.

The emergence of smartphones caused a significant decline in the console and PC gaming industries. The ease of using a mobile phone for most of our daily tasks has resulted in the widespread use of mobile phones for gaming. It occurs without the need for a person to sit in front of a television or monitor. It is usually the case with a console or PC.

The explosion of mobile technologies has transformed the industry; by 2021, mobile gaming will account for 52% of the worldwide gaming market. New forms of games, economic structures, and a range of gamers arose due to the revolution.

Even though all of the models listed previously have various variances, they all have one thing in common. They’re all playing for the sheer enjoyment and pleasure they provide to their users. We have just witnessed a new gaming concept that users may not play for the “pleasure” of gaming but for the financial benefits it may provide.

The “play-to-earn” concept is what it sounds like: a model in which users can play and earn tokens or cryptocurrency while doing so. It combines two activities that have propelled humanity since the beginning of time. It encompasses both reward and entertainment; this model has a powerful psychological incentive.

The central premise behind P2E is that as players engage more time and effort in the game, they become part of the in-game economy (tokenomics). Hence, they create value for themselves, other participants in the game ecosystem, and developers. They are compensated for their involvement and playing time with digital assets that can appreciate over time.

It is worth noting that the usage of blockchain technology in such assets has resulted in a scarcity of digital assets in games, which can take the form of NFTs and can represent anything from characters like the kittens in CryptoKitties to cryptocurrencies like Bitcoin (BTC) or Ether (ETH).

Many Concepts are Adopted From Traditional Games

The blockchain-based gaming industry is still in its early stages, and it is still centered around many concepts coming from traditional gaming.

NBA Top Shot, for example, is building on the “collect and trade model” that has prevailed in baseball cards and other collectibles for decades. Axie Infinity, currently the most famous blockchain-based game, uses the “breed and battle” game model that Pokémon launched in the 1990s.

On the other hand, Block Monsters is building on the concept of playing using various Blockmon characters. This way, users can play, earn, and create an interactive metaverse environment. In the gaming mechanics lies a play-to-earn mechanism where trainers make $ MNSTRS by surpassing several milestones.

Another mechanic available in the game is the different types of modifiers. This part explains the most suitable modifiers players can use against all the Blockmons’ moves. Players can also equip their characters with other accessories and items from booster starter packs.

Challenges Within the Gaming Industry

Implementing a play-to-earn model is not that easy. Most industry professionals are humble enough to admit that the P2E crypto-based games will face several challenges before gaining widespread acceptance.

One major challenge for P2E platforms would be eliminating the potential anti-money-laundering risk since users will trade the in-game NFT products against crypto. While developers agree that there would be regulatory constraints, the majority feel that the most severe difficulties will be internal and beyond authorities’ reach.

Another significant challenge would be that the opportunity to earn money via gaming would encourage certain abuses among gamers, destroying the ecosystem. Furthermore, most gaming platforms burn money by investing in pointless upgrades and features that benefit no one but the platform.

The Future of P2E

Despite play-to-earn being a new concept, it has the potential to change more than just gaming. The future of gaming may be safer, more beneficial to players, and more trustworthy with the emergence of P2E platforms such as Block Monsters.

Currently, the P2E model is driving the adoption of blockchain in games, and it represents a path of no return for the games industry. As blockchain usage in games evolves, it will likely cover a variety of use cases beyond play-to-earn models. A wide variety of incentives and combinations are made possible by technology.

The exact reasons explain why hundreds of millions of dollars have flowed into blockchain- and NFT-based games in the last four months alone. Investors are providing large amounts of funding to startups, seeking to build teams using experienced developers.

The Evolution of the Gaming Industry into the Play-to-Earn Model was originally published in The Capital on Medium, where people are continuing the conversation by highlighting and responding to this story.