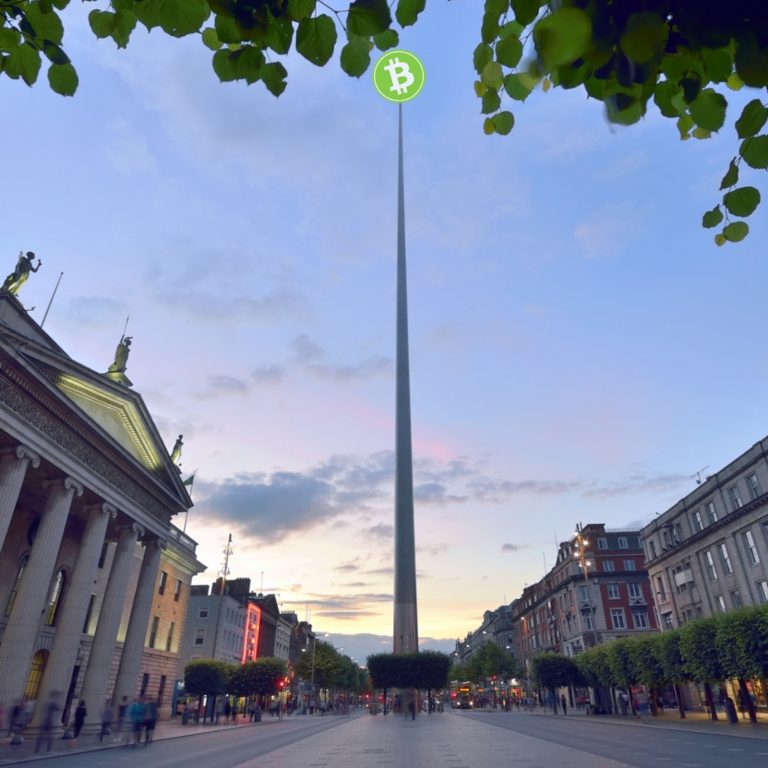 Today’s edition of The Daily starts where Monday’s left off: by looking at the latest on Tether, whose stablecoin anchors so much of the cryptoconomy. In related news, we detail Bitfinex’s banking situation and reveal why Coinbase has chosen Dublin to be its European headquarters.

The chart below isn’t your average Binance altcoin experiencing some characteristic volatility. It is in fact that of two supposed stablecoins trading against one another: tether (USDT) and trueusd (TUSD). Following yesterday’s shenanigans, which saw tether slip to around $ 0.88 on some exchanges, the token has regained a little ground and now sits at $ 0.95, according to Blockmodo.

The data remains skewed, however, by the fact that tether is valued at a flat $ 1 on Bitfinex, where it is the only U.S. dollar trading pair. Sites such as Coinmarketcap, which record tether’s seemingly perfect dollar parity on Bitfinex, create the impression that USDT’s global average is higher than it actually is. At the time of publication, 1 TUSD was trading for 1.06 USDT on Binance. While Binance offers a range of stablecoins, it remains heavily invested in tether, with holdings of ~$ 850 million, meaning it owns more USDT than even Tether itself. On Monday, Tether came out fighting, with chief compliance officer Leonardo Real insisting:

Although markets have shown temporary fluctuations in price, all USDT in circulation are sufficiently backed by U.S. dollars (USD) and that assets have always exceeded liabilities.

Huobi, the world’s fourth largest exchange, has now followed the lead of Okex and introduced a handful of new stablecoins to alleviate traders’ concerns. TUSD, USDC, GUSD and PAX will all be listed on Oct. 19. The market capitalization of Circle’s USDC has grown by 85% in the past week, surpassing $ 25M, with more than 40 platforms now supporting the stablecoin. Bitfinex, meanwhile, has confirmed that its fiat deposits are on course to be restored, a move that ought to restore a measure of confidence in the exchange:

We expect to have our new fiat deposit system in place within the next few hours. Please stay tuned for further updates.

“Coinbase is expanding its European presence by opening a new office in Dublin,” revealed the serpentine exchange, whose tentacles span multiple continents and crypto sectors. “We look forward to tapping into the city’s diverse talent pool and contributing to its burgeoning crypto economy,” they added. What Coinbase didn’t mention is that Ireland’s famously low corporate taxes will have been pivotal in sealing the deal. The California-based firm will be joining the 700 other U.S. companies to date that have made Dublin the seat of their European operations, including Apple.

“I am delighted that Coinbase is opening an office in Dublin,” said Ireland’s Minister for Financial Services and Insurance Michael D’Arcy. “This decision highlights the competitive offering and attractiveness of Ireland for financial services.” Coinbase has now embarked on a recruitment drive ahead of the opening of its Dublin office.

We’ve written a lot lately about censorship and the tools being developed to thwart crackdowns by the dominant web platforms such as Facebook and Twitter. Decentralized applications have the potential to ease some of the pain points that are afflicting web users, including account shutdowns and permabans. Eraswap, a platform that aims to refine social media via a social economy and marketplace dapp tailored to the user’s interests, can be added to that list. Then there’s Internxt, which has just released the beta of its X Cloud decentralized storage with 10GB provided for free.

Distributed storage is big business right now, with the likes of Akash also releasing its own cloud storage solution designed to thwart internet censorship. Having inked partnerships with Blackberry, Civic and Y Combinator, Internxt has already drummed up a fair bit of interest in its decentralized storage solution.

What are your thoughts on today’s news tidbits as featured in The Daily? Let us know in the comments section below.