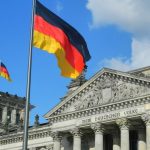 German legislation that entered into force on July 1 allows around 4,000 of the country’s so-called special funds to invest in cryptoassets, possibly paving the way for a spike in German investors’ exposure to crypto.

Under the new rules, Germany’s Spezialfonds will be allowed to invest up to 20% of their portfolios in cryptoassets.

In May, Dominik Tyrybon, Associate at Austrian law firm Schoenherr Attorneys at Law, predicted that the legislation will “undoubtedly boost Germany’s position as a financial investment hub” and represents “an important next step towards legitimizing cryptoassets as an asset class” in the German economy.

“That would be around one-fifth of the assets of around EUR 1.87trn currently tied up in approximately 4,000 open-end domestic special funds. The question remains: who is next?” Tyrybon wrote.

Meanwhile, Frank Dornseifer, Managing Director of Germany’s Federal Association of Alternative Investments (BAI), was quoted by local news site T3N.de as saying that the new rules should apply not only to special funds, but to a broader group of financial institutions that should also include public funds, as they unnecessarily keep a part of private capital away.

The Fondsstandortgesetz legislation was drafted by the Ministry of Finance and the Ministry for Economic Affairs and Energy which are run by Olaf Scholz from the Social Democratic Party of Germany (SPD) and Peter Altmaier from the Christian Democrats Union (CDU), respectively.

The law’s implementation follows an earlier decision by Germany to enable banks to sell and store cryptoassets starting on January 1, 2020. The move spurred a number of partnerships between German banks and crypto custody providers.