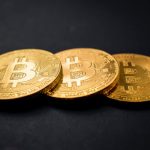 Steynberg, who was issued a cease and desist order alongside three other individuals who reside in the United States, also says he is in correspondence with Texas State Securities Board (TSSB) on this matter.

In a report carried by Global Crypto, a South African crypto website, Steynberg insists in a letter that his organization is not running a Ponzi scheme as members have full control of their bitcoins at all times.

Part of Steynberg’s report reads that “Another important point which differentiates MTI from Ponzi’s and scams is that members have full control over their funds (bitcoin) at all times.

Members can add or withdraw their funds (bitcoin) at any time, with no complications and no fees,”

MTI and its US-based affiliates allegedly violated the laws of the state by operating unregistered businesses, according to the TSSB cease and desist order.

TSSB further alleges that Steynberg was perpetrating a multi-level international marketing fraud and recruiting salespeople who do not have securities trading licences. The regulator said that amongst the victims are Texans.

Nevertheless, Steynberg says MTI will place “great emphasis on engaging and working at all times with any regulator with a clear purpose” in the coming period.

Steynberg admits that the online passive income-building industry – in which MTI has been operating for 15 months – has a notorious and demonstrated reputation for scams and Ponzi schemes.