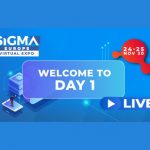 The SiGMA Virtual Expo officially kicked off on November 24th with a robust lineup of speakers touching on regulations, compliance, virtual sports and gaming.

First up was the conference on compliance and regulations. The regulatory panel focused on Malta’s developments in anti-money laundering and regulatory compliance, Sweden and the United Kingdom, as well as on the effect of market liberalisation in Ukraine.

Commenting on the uncertainty stemming from changes in the gaming industry, Managing Director of financial services firm ARQ, Manfred Galdes stated “All of these changes have triggered, I would say, a certain level of uncertainty, a certain level of concern, certain reactions within the market due to the lack of clarity as – what to expect now? … what exactly is going to happen?”

Dr. Ekaterina Alexandrova Hartmann, Director of Legal and Authority Affairs at EGBA also made it clear that all yes are on the island, especially to see the result of the Moneyval report “Our industry is so closely connected to Malta, also the perception of the regulators and the international bodies – for us it is very important what Malta is doing and we are looking a lot what Malta are doing. The moneyval report will be crucial how Malta will be viewed on the concept of AML and on a wider context in Brussels.”

Expressing his views on the UK’s gambling act review, partner of Mishcon de Reya LLP, Nick Nocton feels that “the idea that everybody should have a fixed limit, whilst attractive to regulators, it is very very unwielding and not conducive to a regulated market.”

Additionally, according to Dr. Ekaterina Alexandrova Hartmann, “The European Commission will change the rules on AML… Everyone in Brussels is calling for stricter rules, a stricter approach, a more unified approach so we will have new legislation on AML that will be stricter.”

Next up was Poshfriends’ Head of Affiliates Katja Nordstrand joined by CoinsLoot CEO Arthur Bryja discussing casino streaming, its risks, opportunities and different strategies that people can use whilst venturing into this vast space.

The panel started off by discussing the ideal platforms for people who are the first to enter the scene. Nordstrand explained the different platforms, from TikTok to Twitter, to Telegram, Whatsapp, and how important it is not just to rely on YouTube, for example simply because there are countries that are not regulated in which online casino streaming would not be generated by the YouTube algorithm of those countries. Since the site works with suggestions and recommendations, it is the reason it would be pointless in these countries.

Bryja complimented Nordstrand’s point, highlighting on the importance of making one’ product stand out as he said that one needs to “Be creative and really stand out because that’s the only way you’re going to get recognized… there’s a lot of new ways of growing this because it’s so new.”

The conversation then proceeded to discuss promotional implementations that would have the best results for affiliates in today’s markets, to which Nordstrand responded that in particular, casinos need to provide their affiliate sites with a variety of ways to understand and track their players, to identify demographic differences.

Bryja concluded the panel by urging start-up viewers to use regulations and systems in certain countries to read where the market is going in the future, what to do, what not to do, and how improvements could be made for the benefit of one’s company.

Ending the day on a superb note, were a panellists of influential people from the sportsbook industry. When questioned why the sportbook industry was doing so well amid the pandemic, CEO of Pinnacle, Paris Smith stated that “Digitalisation in general has got a push forward during this time and we actually all benefit from that, of course if you are a big land-based business it is much more difficult than what we have been having”

On the other hand, Jasper Svensson, CEO of Betsson, said that innovation was not the key to the success of sportsbooks during the pandemic. Instead, it was “traditional products getting more and more interest”, according to the current trends.

Singular CCO Rob Dowling expressed that “one of the beauties that happened during COVID” was that “a lot of small companies that had an innovative and great product managed to get their product out with the big boys as well, not just with the small innovative sites – which I think changed the landscape in sports betting as we know it today.”

The SiGMA Virtual Expo continues with day 2 today with yet another fantastic line up.

The post SiGMA Kicks Off Day 1 Of Virtual Expo appeared first on FortuneZ.