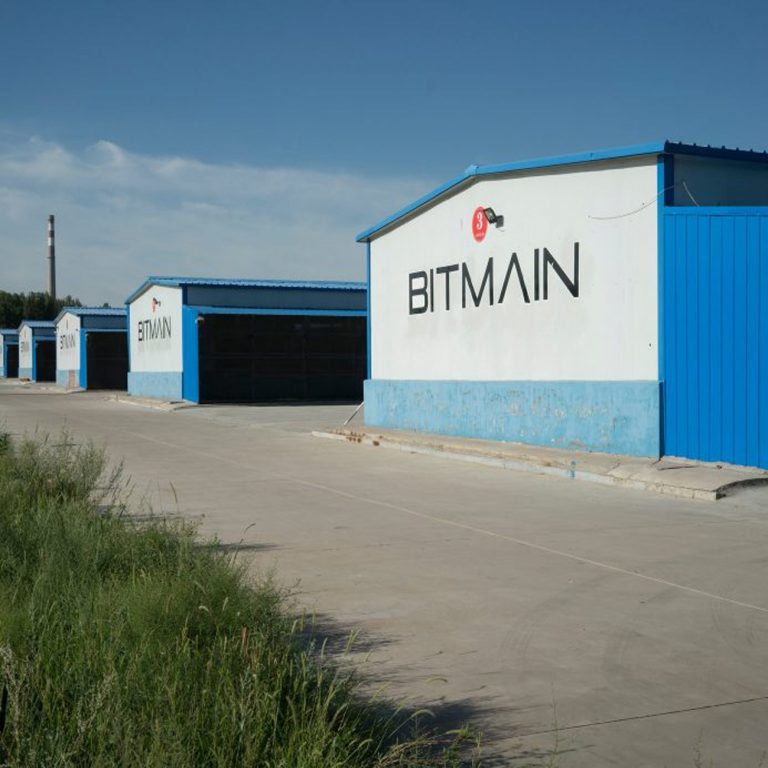 The cryptocurrency mining manufacturer Bitmain may have a new chief executive officer in the near future according to regional reports. Bitmain’s director of product engineering, Haichao Wang, will apparently take the lead role within the corporation but no official timetable has been announced.

The Beijing-based mining giant Bitmain Technologies has appointed a “potential successor” for the role of CEO at the company, according to a report from the South China Morning Post (SCMP). Bitmain has been a well known and successful mining rig manufacturer since it was cofounded by Jihan Wu and Micree Zhan in 2013. The Chinese corporation is believed to have pulled in over $ 4 billion in profit from mining cryptocurrency and selling ASIC equipment to the general public.

More recently, however, there have been rumors of Bitmain employee layoffs and board shakeups over the last few weeks. On December 10, news.Bitcoin.com reported on Bitmain closing its research and development center in Ra’anana, Israel. The latest report stemming from SCMP explains that Bitmain’s director of product engineering, Haichao Wang, will be the company’s new CEO. Wang has reportedly already started the transition in December and Wu and Zhan will remain co-chairs.

Wang worked for a Beijing-based semiconductor designer called Availink for seven years before joining Bitmain. The potential successor is a graduate from the well known tech school Tsinghua University in Beijing. SCMP further details that when Wang officially takes the lead, Zhan and Wu will leave “day-to-day business activities” but the pair will still play a part in large company decisions. Bitmain is still waiting for the Hong Kong Stock Exchange (HKEX) to decide on whether the corporation can offer an initial public offering (IPO). Back in July, according to Chinese media outlet Caixin, Bitmain Technologies Ltd. raised up to $ 400 million leading to an overall company valuation of $ 12 billion. 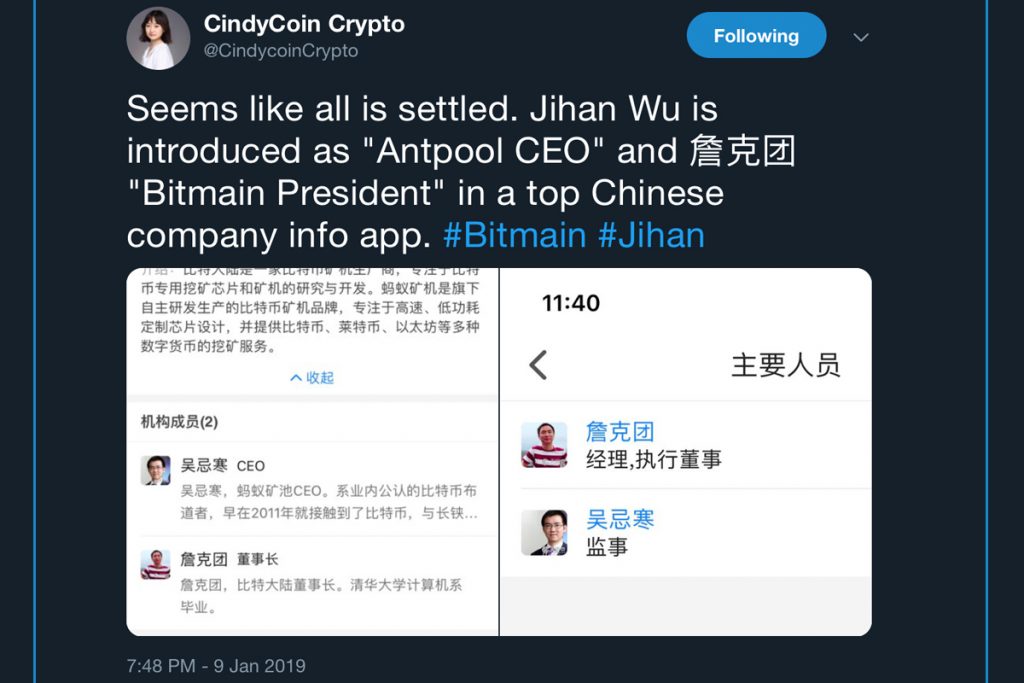 In December, a stock market regulator and operator from HKEX who wished to remain anonymous told multiple financial publications that regulators were reluctant to green light the Bitmain IPO. SCMP detailed that the Hong Kong regulator stated that it was “premature” to approve such IPOs right now as the proper regulatory framework for the industry has not been put in place. Mining rig manufacturer Canaan, who also applied for an IPO, let its filing lapse this past November. Meanwhile, Ebang International Holding refiled for its IPO during the last week of 2018.