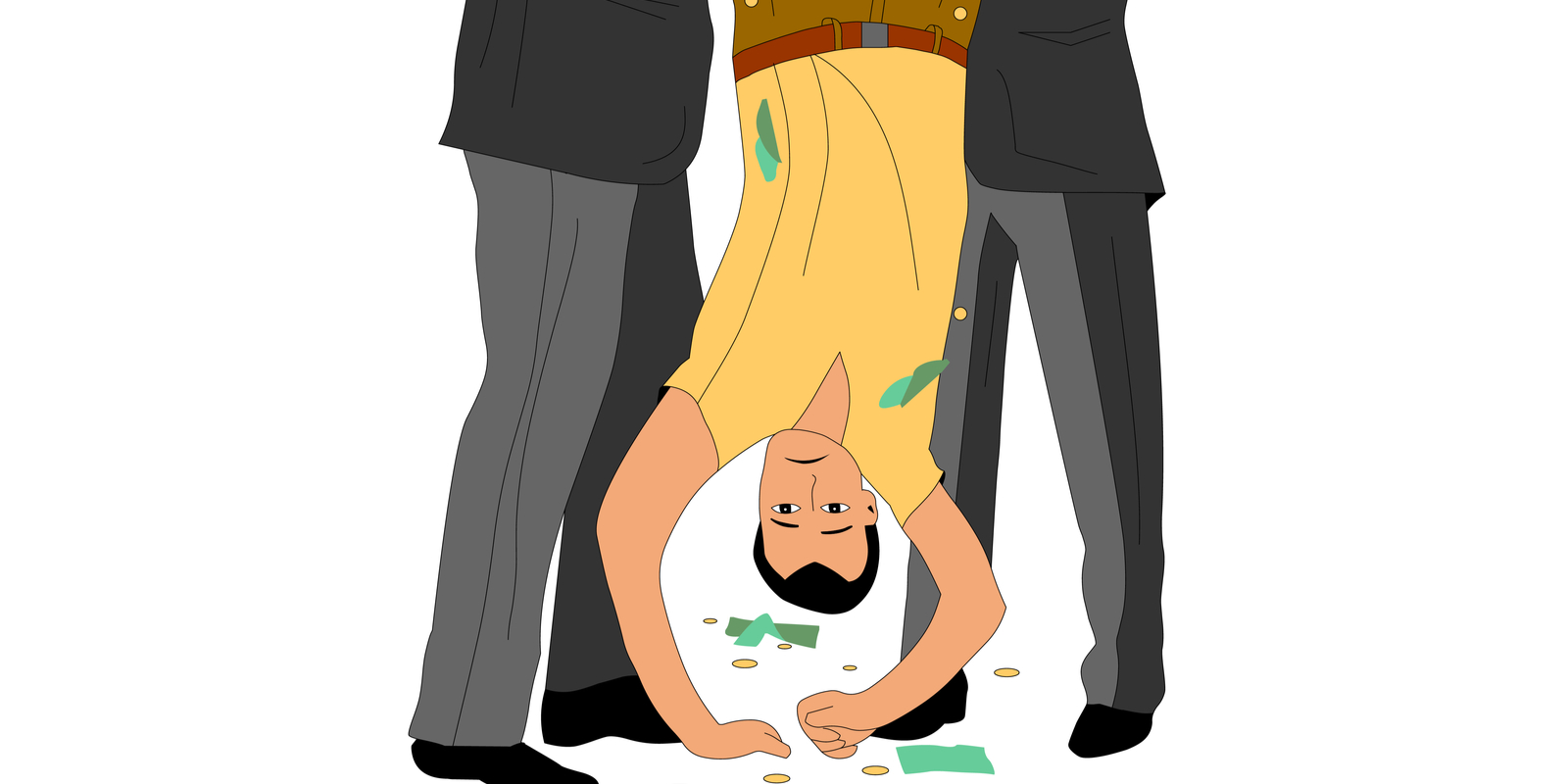 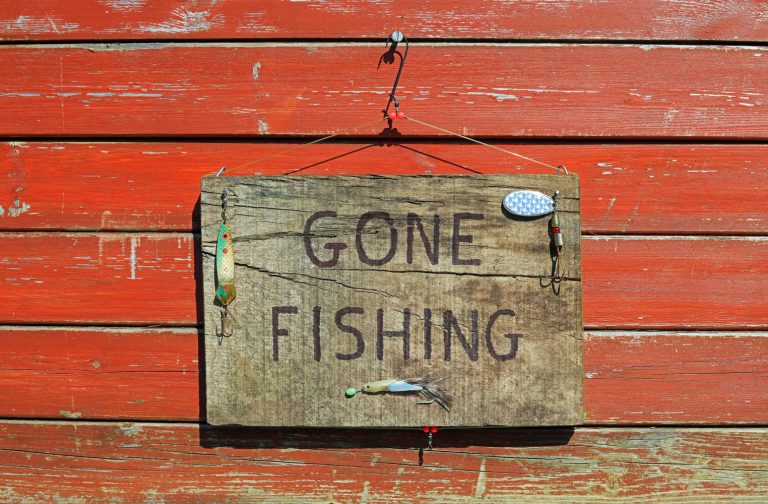 In a juicy little chunk of news from the Redditsphere, a user claiming to be a former IRS employee has called the agency’s new crypto compliance letters “broad and very error-prone fishing expeditions.” The throwaway account details the “really bad data” used by the agency, saying they’re operating mostly from guesswork, casting broad nets and leveraging fear to generate revenue. Internal reports from the group itself lament a lack of staff, funding, and tech know-how. A former auditor’s experience attests to the chaos and implications, affirming that the IRS may be little more than a poorly run “fishing” scam of massive proportions.

The agency famous for long lines and severely understaffed offices, “courtesy disconnects” on the phone, and outdated, enragingly tedious filing procedures is now subject to even further criticism: how in the hell could they possibly deal with a fast-paced technology like crypto, when they can’t even process fiat taxes efficiently? Well, they’re trying, via a new letter campaign launched in June, warning crypto holders suspected of misfiling that they mean business.

Reddit user and self-proclaimed former IRS employee u/IRS_throwaway_BT states: “It strikes me that this [cryptocurrency] letter writing campaign in particular is very unethical, as they’re blindly scaring thousands of people shitless who very well may have done absolutely nothing wrong. Many of these people will seek legal or professional tax help at a large cost to them … In a fair world they’d [the IRS] face a class action lawsuit for this predatory behavior.”

While some will object here with dusty maxims about everyone having to pay their “fair share,” u/IRS_throwaway_BT is merely pointing out the dangerous guesswork ostensibly being employed in issuing the letters:

They’re not really sure if you owe more money or not since they have really bad data. They are almost certainly joining up some of their internal tax filing database tables with external datasets (probably coinbase) and trying to estimate how much they think you owe.

The above prospect is problematic because some individuals might be counting losses from platforms or exchanges the IRS doesn’t know about, triggering warnings. u/IRS_throwaway_BT claims they’ve been part of previous “letter writing campaigns” and that the agency is dysfunctional where organization of data is concerned:
“For example the coinbase data might have shown that you sold $ 20K worth of BTC in 2014 but your tax filings only show that you paid taxes on approximately $ 5K. And that could be because you had a $ 15K loss on Bitfinex but the IRS doesn’t know that … It just *appears* from their incomplete picture that you might owe more than they see that you’ve paid. For the people that actually didn’t pay or underpaid, they’re trying to scare you into paying what you actually do owe.” 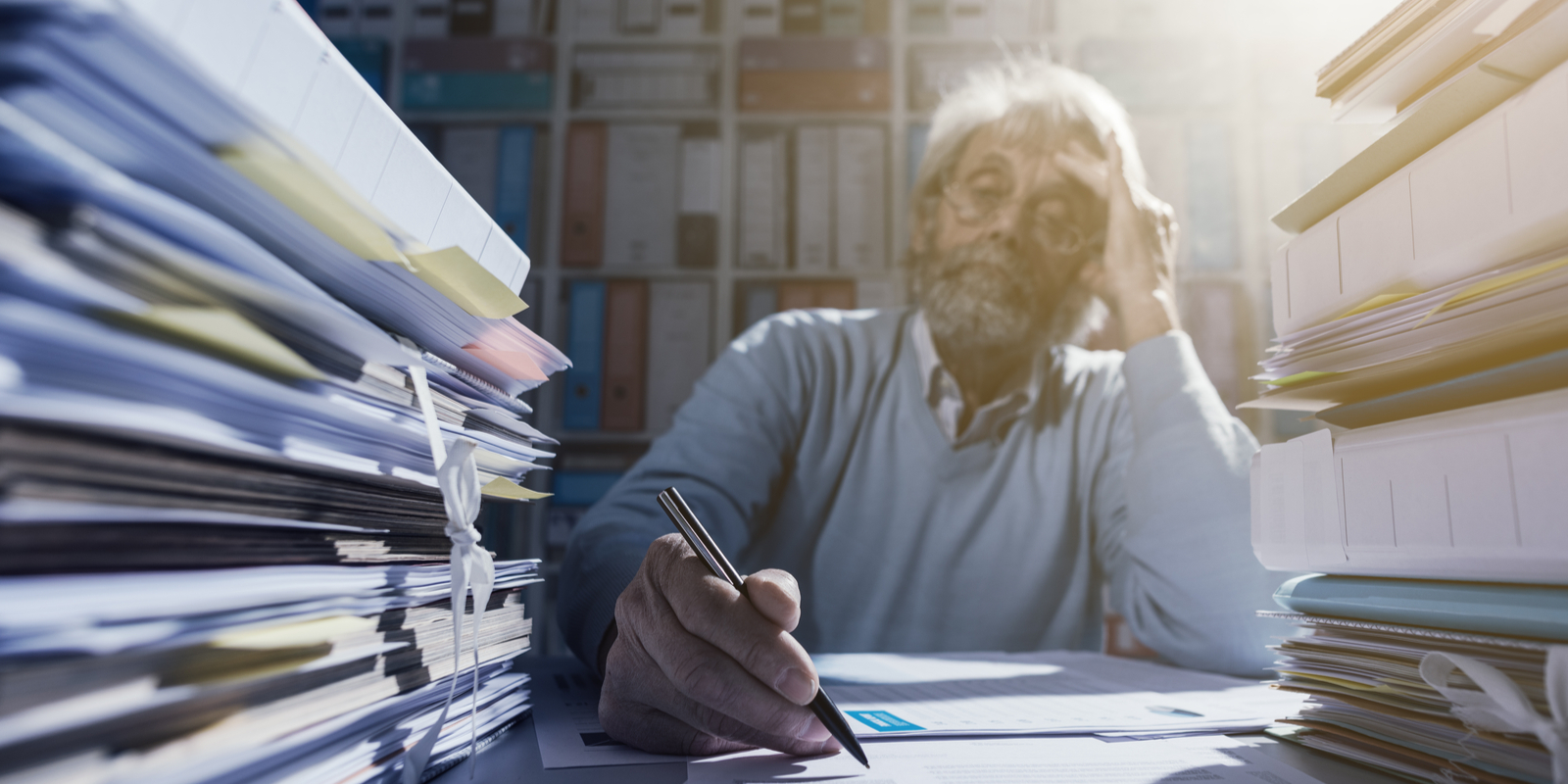 A Pretty Penny for Crypto Help

Commenters on the thread happily joined the venting after u/IRS_throwaway_BT opened the floor for catharsis and commiseration via the post. Since most professional tax accountants and advisors are still clueless when it comes to crypto, it can cost a lot to hire one of the rare firms that can help. One user lamented the steep prices of such services in San Francisco: 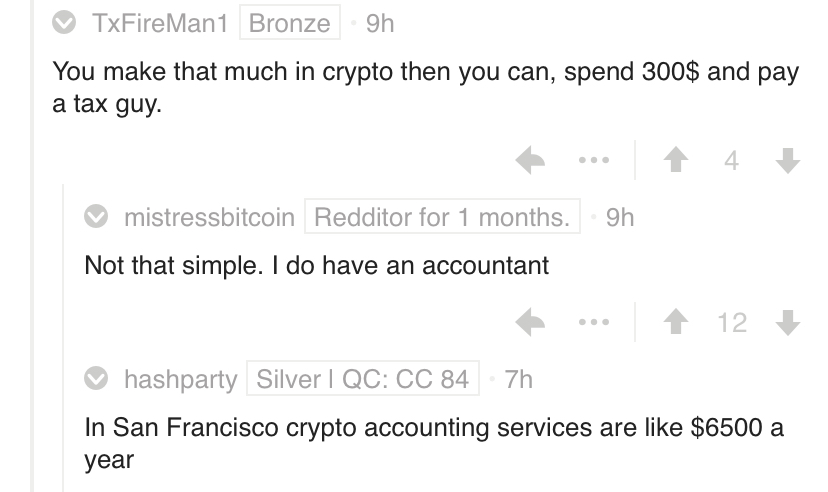 I have paid 100k’s in taxes on crypto profits over the years. These scare tactics make me want to move to puerto rico 6 months of the year … because i hate playing a guessing game … and spending over a week working on this per year while i am constantly presumed to be guilty.

Being presumed guilty is never a good feeling, and none of this is to mention that if these traders wish to retain their privacy they’ll have to avoid centralized, KYC exchanges like Coinbase anyway. This only makes them more suspect to the IRS, presumably. Because professional crypto accountants want official spreadsheets from these groups, privacy becomes problematic; doing the calculations independently, though, could conversely carry the risk of raising IRS red flags.

Whistleblowers on Both Sides

The Reddit comments are thought-provoking, relatable, and funny. But there’s no way to prove u/IRS_throwaway_BT actually is a former IRS employee (although they did agree to supply evidence in the comments, as long as doxxing was guaranteed not to be an issue). Still, the question remains: are things as much of a clusterfuck of ineptitude as claimed? Is the IRS really issuing threats on bad info, incomplete info, or no info at all? At least one verified, former IRS auditor seems to agree.

Former agent Sherry Peel Jackson found out the hard way about IRS chaos, when the group turned their sights on her. She was slapped with a four-year prison sentence in 2008 for willful failure to file. The former Certified Fraud Examiner stopped paying income tax after being unable to find specific legislation mandating it. According to Jackson, nobody she asked could tell her. In her closing remarks at the 2002 Citizen’s Truth-In-Taxation Hearing she stated:

In my tenure as an IRS agent, I personally saw marriages broken, families torn apart, homes confiscated and businesses destroyed – all while my colleagues and I were out making unjust demands on the American people – without the proper authority. Now, you be the judge.

Whatever one’s views about the legality, none of this bodes well for the IRS’ organizational and people skills, considering they can’t even tell Americans why they’re being taxed, and that they literally cage those who so much as ask.

Not to be outdone by activists like Jackson, however, the IRS has “whistleblowers” of its own. The agency has a standing offer involving turning people in for a reward of up to 30% of their additional taxes and penalties. Incentivizing Orwellian surveillance like this may seem shocking to some, but it shouldn’t be unexpected. In view of the perpetual struggles of the agency, this dirty, mafia-like “outsourcing” makes complete sense.

No Staff? No Budget? No Problem!

Back in January America’s best-loved collection agency was fresh off a painful government shutdown. Over half its workforce had been grinding on wearily without pay for some time already, and the group was understaffed and inundated, with over five million pieces of unprocessed mail — not to mention 87,000 amended tax returns to manually sift through. According to a 2018 IRS Advisory Council Report taking aim at significant budget cuts to the agency:

The draconian cuts to the IRS budget have meant less of everything from personnel to training to taxpayer assistance to enforcement activities to compliance to systems modernization and, ultimately, to tax revenue.

So there, from the horse’s mouth, it’s finally laid bare: We don’t have enough extorted funds to hire and train people to help extort you and teach you to comply, or fund violent enforcement to extort in the fashion we please. We cannot keep up with modern technology, and thus are unable to make money for ourselves. As such, we deserve your pity and more of your extorted funds.

Why Some Bitcoiners Are Nervous

If the claims of u/IRS_throwaway_BT are correct, and there truly are “maybe 5 people part time” running the new crypto assets letter campaign, it’s hard to imagine there’s much of a threat to the average, low-volume trader. Some, including the poster, are saying it’s mainly high profile, big fish receiving letters now. That’s the rub, though. With the IRS, when someone gets hooked (regardless of legal compliance or not), they get hooked hard, and the group puts the proverbial head of their decapitated financial, social, and professional life on a spit for all to see. “Make a mistake in giving us your money, and the same can happen to you.”

What do you think about the Redditor’s commentary? Let us know in the comments section below.