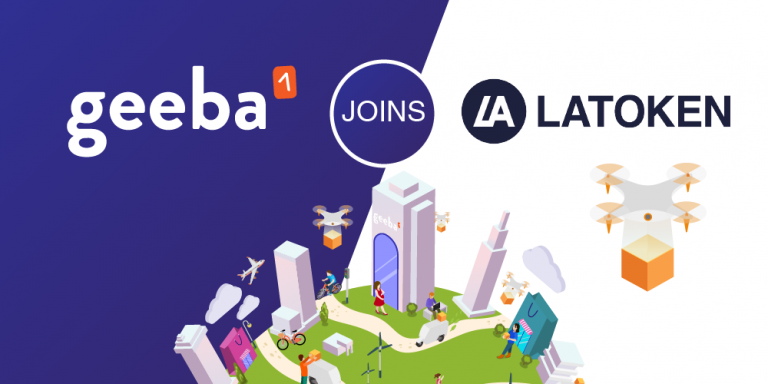 Geeba is going to usher in a new futuristic age of delivery service through the use of robots and blockchain to make last mile delivery faster, more efficient and cheaper.

Next-gen blockchain-based delivery platform Geeba is proud to announce its listing on the esteemed Latoken Exchange during its Pre-ICO and ICO stages. The company has just launched its pre-ICO and its users will be able to purchase tokens via the Latoken platform during the Pre-ICO and ICO. Geeba will also have a listing on the same prestigious exchange after the ICO completion.

As per the reports, Geeba is accepting Bitcoin cash (BCH) too during its pre-ICO and ICO stages. BCH is the currency of famous Bitcoin news portal Bitcoin.com. Investors aspiring to invest in Geeba pre-ICO can invest with Ethereum (ETH), Bitcoin (BTC) and BCH payment methods.

After the ICO, customers will be able to trade in 3 pairs- ETH, LA (Latoken token) and USDT.

A pathbreaking name in the current crypto scene, Geeba introduces a decentralized delivery ecosystem which allows deliveries utilizing smart hubs and autonomous vehicles. The platform is going to redefine last-mile logistics by eliminating its typical issues like inefficiency, delayed delivery and high costs. Backed by state of the art blockchain technology, Geeba aspires to enable the community to proactively participate in the revolution. Through the Geeba ecosystem, e-commerce site owners and carriers can connect with a network of shippers that are powered by autonomous vehicles. These autonomous vehicles will offer same-day delivery, express delivery and 24/7 delivery via one web-based shipping interface or via API integrations.

“The existing delivery sector is plagued by the absence of an efficient, scalable, sustainable and affordable solutions. This is where Geeba comes to the rescue with its breakthrough decentralized delivery ecosystem that is all set to usher in a new era of delivery service with robots, blockchain and the power of the community. If you are planning to invest in a promising ICO in recent times, Geeba is a great option hands–down”, stated Mr. Sydney Ifergan, cryptocurrency expert and one of the most senior advisors of Geeba.

Geeba assures a number of state of the art benefits-
· Enables growth for retailers – Geeba empowers retailers with smoother delivery service to help them cope up with increasing customer demands that consequently piques customer satisfaction. More satisfied customers translates to higher sales figures for retailers.
· Community-centric service – Geeba assures flexible automated delivery service which is also city-friendly, eco-friendly and great for the community.
· Limitless scalability – Geeba has come up with an incentive-based economy that facilitates fleets and easy scalability for shippers.
“What’s so special about Geeba is that it has put the needs of the industry first to serve in a better way than ever with its highly efficient and balanced decentralized ecosystem.”