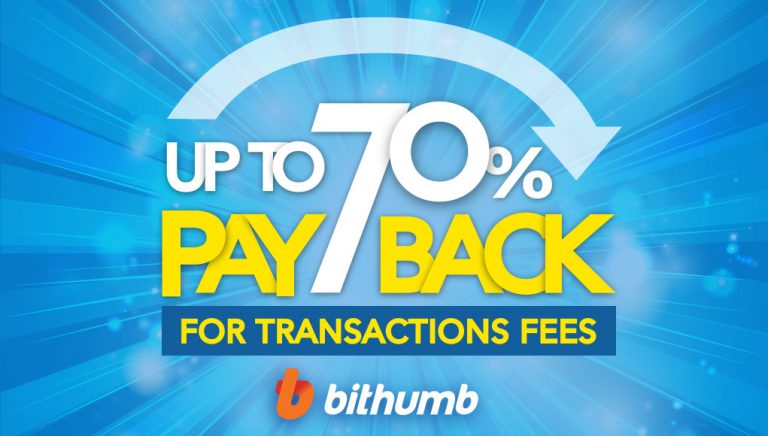 PR: Bithumb to Refund New Users up to 70% on Fees

Bithumb to refund new users up to 70% on fees
New users outside Korea to be reimbursed for transaction fees incurred when depositing cryptocurrency on the exchange within the event period.

For a limited time, Bithumb, a global cryptocurrency exchange, is offering a refund of up to 70% on transaction fees as an expression of appreciation for new users’ support.

Bithumb will run a “Cryptocurrency Deposit Event” between August 16 and September 16, 2018 in Korean Standard Time (GMT+9), targeting traders outside Korea who are newly signing up. During this period, new foreign users who deposit cryptocurrency on Bithumb will be compensated for the transaction fees incurred with cryptocurrency, in proportion to the aggregate deposit value during the even period, calculated at the market price at the time the deposit is made on the exchange. All listed trading cryptocurrencies on Bithumb are eligible for deposits.

According to a Bithumb representative, “The lower tax rates and exchange fees along with convenience in transactions are sparking a growing global interest in cryptocurrencies such as Bitcoin and Ethereum.” The official added, “We much appreciate our foreign global users for their trust in and transactions on Bithumb. We are happy to have a chance to repay them for their support and loyalty.”

The post PR: Bithumb to Refund New Users up to 70% on Fees appeared first on Bitcoin News.