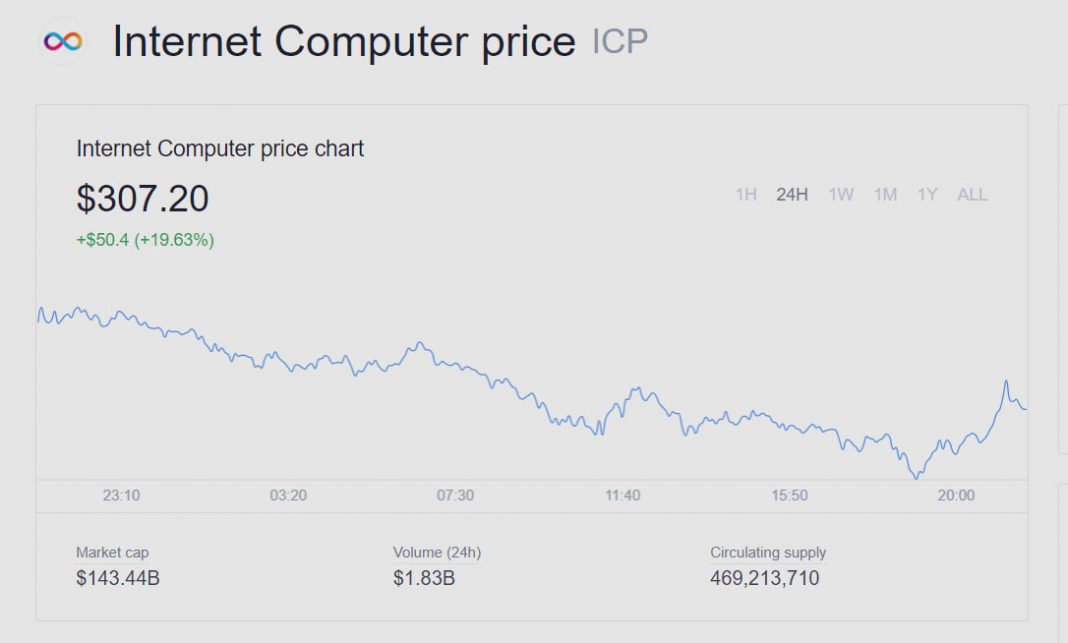 Further, OKEx also announced that its recently-established Blockdream Ventures fund will be collaborating with the Internet Computer ecosystem to provide $ 10 million in special funding and resources to support high-quality projects built within the network.

DFINITY’s Internet Computer project has a singular purpose; to expand the capabilities of the public blockchain and the decentralized ecosystem using advanced computer science and cryptography.

The Internet Computer is the product of a multi-year R&D effort. It’s all orchestrated by the DFINITY Foundation’s research and development centers in Zurich, Palo Alto, San Francisco, and Tokyo; including additional remote teams in places such as Germany and the UK.

OKEx CEO, Jay Hao said:
“We are pleased to support the launch of the Internet Computer as a day 1 partner. We hope that this will be the first big step in allowing entrepreneurs, developers or enterprises to host secure software systems built on top of computer science; and really just backing the long-term evolution of the internet.”

With an initial capital of $ 100 million; OKEx Blockdream Ventures is a fund focused on supporting high-quality projects with great potential.

Founder & Chief Scientist of the DFINITY Foundation, Dominic Williams stated:
“The Internet Computer represents the third major innovation in blockchain after Bitcoin and Ethereum. It supports smart contract software that can run at web speed and serve web to users for the first-time and a network that can scale its compute capacity with user demand; greatly increasing the potential applications of public blockchain; and improving the reach of today’s blockchain ecosystem.”