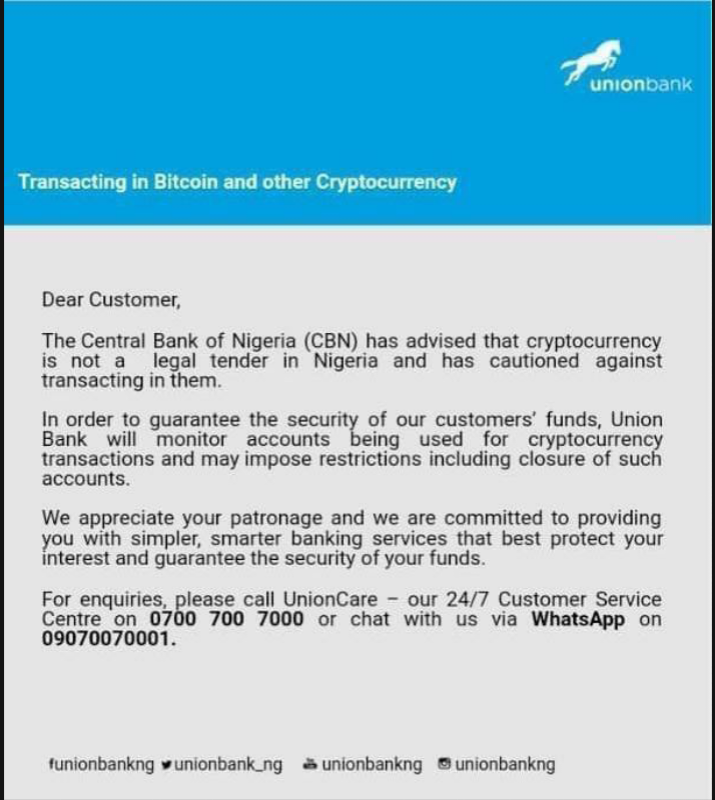 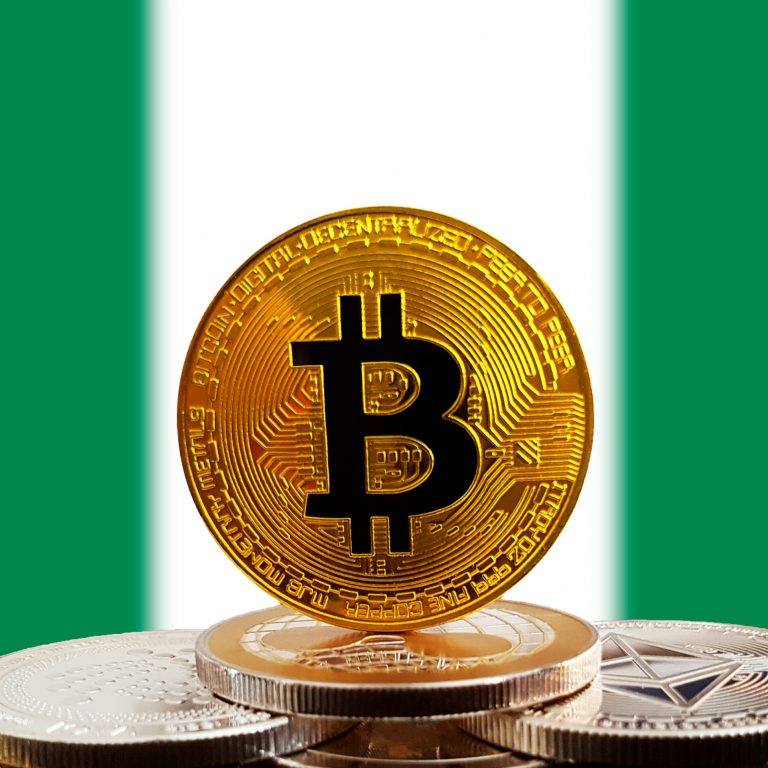 A large commercial bank in Nigeria has threatened to shut down an undisclosed number of cryptocurrency-related accounts without explanation. Lagos-based Union Bank claims that any decision to do so would be in line with the Central Bank of Nigeria’s (CBN) past warnings about cryptocurrency trading.

In a statement to account holders this week, Union Bank of Nigeria warned: “In order to guarantee the security of our customers’ funds, Union Bank will monitor accounts being used for cryptocurrency transactions and may impose restrictions including closure of such accounts.” The 100-year-old bank, which has $ 3.84 billion in assets, cited a series of cautionary statements from the CBN, which apparently do not completely prohibit virtual currency trading, to support its decision.

In January 2017, the central bank released a circular to financial institutions asking them not to use, hold or trade virtual currencies pending “substantive regulation and or (a) decision by the CBN.” A follow-up statement in February 2018 reiterated the same warning, but added “that virtual currencies are not legal tender in Nigeria … we wish to caution all and sundry on the risks inherent in such activities.”

However, Union Bank’s sudden decision to monitor accounts has shaken the west African country’s digital asset industry, the continent’s biggest. Reports have started to emerge of nervous crypto investors already withdrawing their money to avoid the possibility of their accounts being frozen.

Munachi Ogueke, co-founder of Cryset LLC — a Lagos-based over-the-counter bitcoin trading platform — told news.Bitcoin.com that several people within the Nigeria cryptocurrency space had received notifications of possible account closures from Union Bank. “Many are emptying their accounts and closing them down,” Ogueke said. 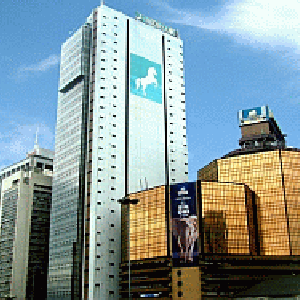 It is difficult to understand the motivation behind Union Bank’s unexpected assault on cryptocurrency-linked accounts. The matter is even more unclear in light of the CBN’s warnings, as neither of them explicitly said that cryptocurrency transactions were illegal. But Ogueke has suggested that commercial banks may have been given carte blanche by the CBN to close customer accounts without explanation, as long as their actions are in accordance with anti-money laundering rules.

Banks and other financial institutions that have cryptocurrency customers have the authority and can discontinue the relationship with such customers where the banks are not satisfied with the AML/CFT controls that enable compliance with the identification, verification, and transaction monitoring requirements.

Ogueke added: “In the absence of any regulation from the CBN, it can be safely concluded that the CBN by this circular, has given banks (such as Union Bank) the power to close accounts of cryptocurrency customers if the customer breaches anti-money laundering control requirements and where there are suspicious transactions.”

But Union Bank has said that its decision to monitor accounts does not mean that it necessarily suspects that some customers are violating anti-money laundering laws. Rather, it says it is becoming more vigilant to protect client funds, but Ogueke said he is doubtful, describing its justification as “flimsy.”

“How is blocking accounts associated with bitcoin securing the funds of your customers?” he quipped.

No other bank is known to have issued a similar threat. When news.Bitcoin.com reached out to Union Bank for comment, it repeated the statement it had sent out to its customers.

What do you think of Union Bank’s decision? Let us know in the comments section below.