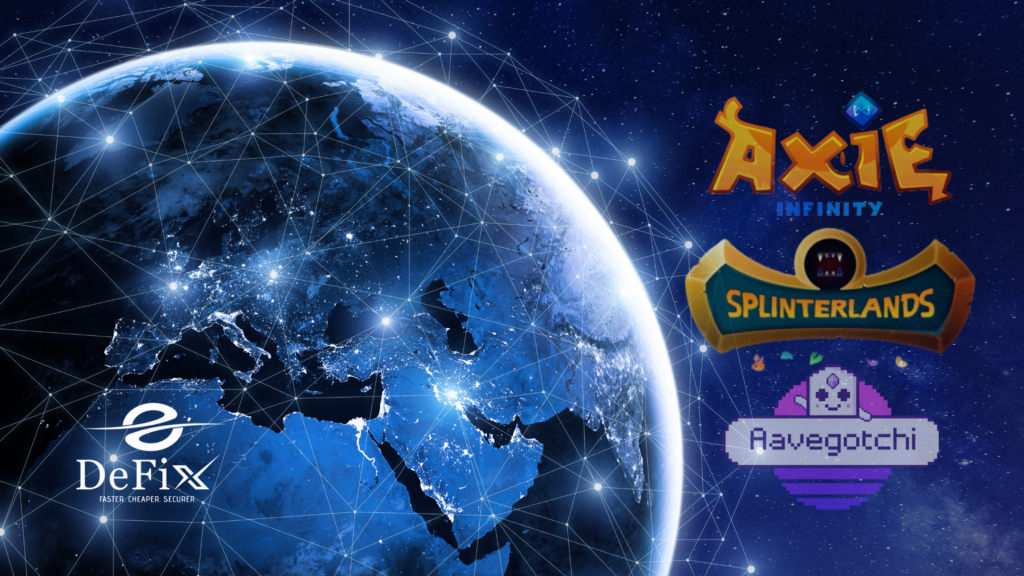 Most Popular Play-to-Earn NFT Games in 2021

Gamers were already interested in video games, but now you can have the chance to play and make money, and after all, who wouldn’t want to make money while doing something they like doing? Because there are a lot of projects out there that make promises that they can’t meet, we went ahead and compiled a list of some of the most promising names we could locate.

There are a lot of games on the market that are available right now which can help you earn money while playing and enjoying the thing you love most. Here we will discuss a few of those titles, but keep in mind that this list may change with time. Without further ado, let’s get into the play to earn NFTs video games.

Unlike other tactical card games, this one focuses on deck building rather than combat. Automated fights make the game fast and easy to play, allowing players to concentrate on developing their decks rather than strategizing. It’s an odd experience, but it’s a perfect one for those who have a limited amount of time to devote to their crypto gaming endeavors.

If you’re a cryptocurrency gamer, Axie Infinity is a must-have in your collection. To battle against many other gamers and rise through PvP ranks, players acquire and grow Axies. Despite the greater admission charge than in other play-to-earn videogames, the cash gained is utilized to cover mating costs and additional costs. If you want to make some crypto while having a good time, this is a great choice.

As of this writing, Aavegotchi is a DeFi-based game with some collecting elements, but it’s primarily geared around making money rather than having fun. Even so, it provides a wide range of opportunities to earn cryptocurrency. Besides that, there are still several features in the works, including an MMO, which will entice new and long-time gamers.

One of the most popular NFT collecting games, it is strongly connected to the actual football world. Players participate in fantasy football by acquiring players for their teams. A successful squad takes time & expense to put together — and by the point you have your great players, circumstances may have already moved around — so this game isn’t always simple to win. Even so, this game is a great entry point for cryptocurrency and NFT collecting for football enthusiasts!

As far as card games go, Gods Unchained is regarded as one of the greatest. Deckbuilding, combat, tactical choices, and a little bit of chance are all part of the fun. NFTs (Non-Fictional) cards are collected by players and may develop or sell their packs. Card packs are earned via defeating and leveling up, which is another method to acquire and enhance your hand if you want.

This title is available on Windows PC only.

Players may explore a whole world in the Sandbox, which is one of the numerous metaverse prospects that employ multiple locations for players to, well, play in. The social components of it and the wide range of things to do are the essential features. Anyone can find activities while earning cryptocurrency on the go, regardless of their talents or interests!

NFTs are included as player-owned commodities in this digital market simulation game, requiring players to concentrate on administration. An excellent place to start is the Polygon chain, which is still in construction and doesn’t have the expensive gas prices of the main Eth chain.

Most Popular Play-to-Earn NFT Games in 2021 was originally published in The Capital on Medium, where people are continuing the conversation by highlighting and responding to this story.