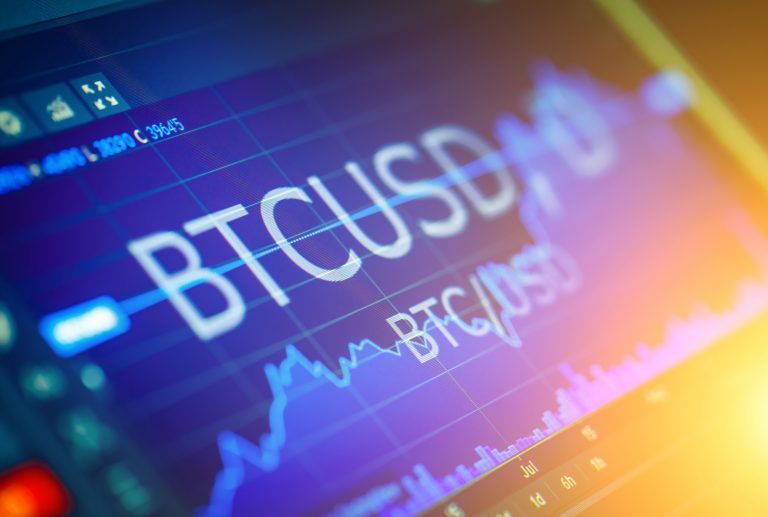 More than One Year Later, BTC Price Skyrockets Past K

On June 21, the price of bitcoin core (BTC) crossed the $ 10,000 mark for the first time since March 08, 2018. At the moment BTC has a $ 180 billion dollar market capitalization as the cryptocurrency gathered more than 166% over the last six months.

Also read: These Are 2019’s Biggest Cryptocurrency Winners and Losers so Far

Digital asset fans celebrated once again as the price of BTC crossed the $ 10K zone on Friday, June 21. All week long cryptocurrency enthusiasts watched charts in anticipation and there were a few close calls in the last 48 hours. At press time there’s roughly $ 20 billion in global BTC trade volume and the digital asset is the top traded crypto coin today besides tether. The top ten exchanges swapping the most BTC include Coinbase, Bitfinex, Bitstamp, Kraken, Gemini, Bitflyer, Bitforex, Coinbene, Binance, and Bitz. The currency pair traded the most with BTC is tether (USDT) capturing 59% of all trades. This is followed by USD (20%), EUR (4%), JPY (4%), and KRW (2.2%). 2019 has been a good year for BTC prices and charts also resemble the patterns of late 2017.

Lots of traders have different opinions to why things have been so bullish for digital currency markets. Some have assumed it has to do with tether, while others believe it may have to do with specific factors like Facebook’s Libra announcement. As soon as BTC neared the $ 10K zone, mainstream media started reporting on the event. CNN assumes the bullish prices is due to the “Federal Reserve and Facebook.” According to the columnist Paul La Monica the probability of an interest rate cut in July has been costly to the USD. Moreover, that element combined with the latest Facebook announcement makes the CNN Business author believe it “can bring cryptocurrencies out of the shadows and to a more mainstream audience.” 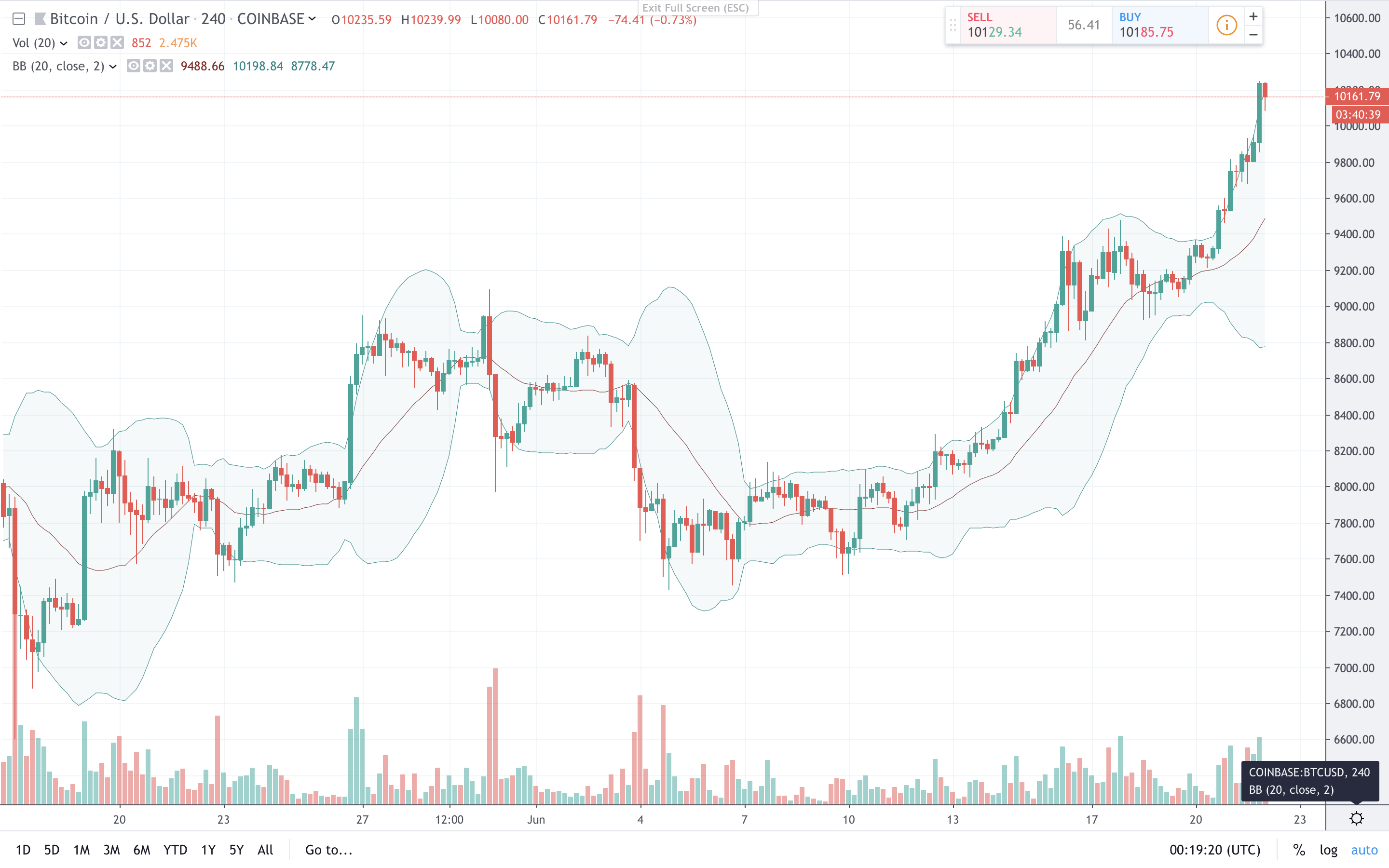 Fundstrat Global’s Tom Lee thinks that BTC prices could reach new heights in 2019 and believes the $ 10K price zone is a turning point.

“In most markets, a ‘new high’ is needed to confirm a breakout — But with bitcoin, when it trades at a price seen only 3% of its history, this has confirmed a new high imminent — This makes crypto different,” Lee tweeted on Thursday before the $ 10K rally.

Overall most markets in the top ten have seen significant price gains with ethereum (ETH) markets leading the pack. ETH has jumped over 8.9% in the last 24 hours and is more than $ 300 per coin. Binance coin (BNB) is up 4.7% while bitcoin cash (BCH) is up 5.7% on June 21 as well. So far the market capitalization of the entire cryptoconomy is over $ 308 billion with $ 68 billion in total global trade volume. BTC/USD prices touched a high of $ 10,229 and markets have been holding between $ 10,100-10,180 per coin at the time of publication.

Where do you see crypto markets heading from here? Let us know what you think about this subject in the comments section below.