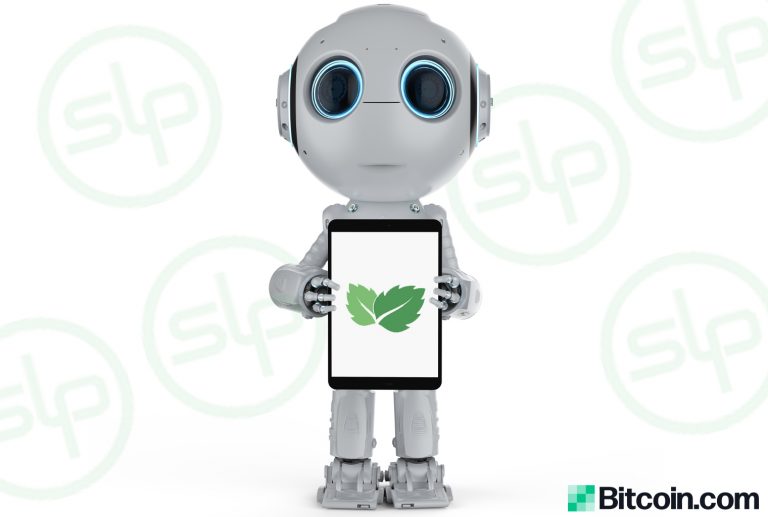 A software developer recently launched a new Simple Ledger Protocol (SLP) tipping bot for Telegram chats that allows anyone to tip any SLP token using the application. The developer and Reddit user ‘Maxwell10206’ revealed the platform on Monday and people can join the Mint SLP Telegram chat group to learn more about the bot’s functionality.

Also read: Crypto Employment Abounds With More Than 8,000 Jobs in 2020

SLP tokens are quite popular these days and the protocol’s infrastructure and third-party support have grown robust over the last 12 months. Just recently, Bitcoin.com launched the latest version of the Bitcoin.com Wallet and it offers full support for SLP tokens. Additionally, a developer and Reddit user called u/Maxwell10206 recently revealed a new Telegram tipping bot that allows users to send any type of SLP token to people in chat rooms.

News.Bitcoin.com chatted with the developer who calls himself Max and he told us his team was inspired to “make it easier for users to have their own SLP tipping bot without having to write a single line of code.” “We want to get feedback from the community to continue improving the bot’s user experience and adding features,” Max told news.Bitcoin.com on Tuesday. “We are also thinking of adding the bot to different messaging platforms such as Discord.”

Since the announcement, the Mint SLP Telegram group has gathered roughly 60 members and a number of people are testing the bot’s tipping features. The bot is called Mint Bot and the developers created an SLP token called Mint which can be used with the bot. In the chat room, users are being tipped with the Mint token and Max has been tipping newcomers with the coin as well. Our newsdesk decided to give the Mint Bot a test to see the bot’s functionality and the list of commands. In order to interact with the bot you simply have a private or direct message with Mint Bot and it greets you by saying:

“Hello, I am Mint Bot — I am an SLP token tipping bot — Here is a list of my commands.” The bot’s commands are similar to other Telegram tipping bots and the Twitter tipping bot Tippr. Commands include “default” which lists the Mint token’s ID and “deposit,” which gives you an SLP address in order to load tokens. The command “whitelist” with a token name or token ID typed as well will invite Mint Bot to your Telegram group and add any SLP token for users to tip with. Simply typing and entering “whitelist” by itself will show a list of whitelisted tokens.

If you want to tip a user with an SLP token after you have deposited tokens into the bot’s address, simply reply to another user’s message and type “tip” with the token’s name and the amount you wish to give. Additionally, if you message the bot directly and type “balance,” the bot will list your balance and show all the tokens you own. Typing “withdraw” will allow you to send tokens to another SLP address but you are required to add the token ID, amount, and forwarding SLP address with the command. The SLP bot Max created is fairly simple to use if you have leveraged a tipping bot in the past. If not, you will need to read the list of commands and test them out with the bot in a direct message conversation. When news.Bitcoin.com talked with Max he explained that the platform uses bitcoin cash to pay the network fee when someone makes an SLP token withdrawal.

“No BCH is required for the user to withdraw,” Max said. “We pay the costs, but the bot does accept donations to help pay for those costs as well as server costs to host the bot.”

Max explained that his brother was instrumental in helping build the new Mint Bot and a lot of credit goes to him as well. He also noted that right now, the bot is closed source and they will take open source into consideration in the future. “The bot is custodial — We are confident in its security, but just as someone would use Coinbase or another custodial service they should only store the amount they want to use,” Max stressed. The developer added:

The bot can be easily added to any Telegram group chat and start tipping any SLP tokens to your liking. Direct message the bot for help with this, use the whitelist commands it tells you about to set the bot up in your own Telegram group chat.

The Telegram SLP tipping bot Max and his brother created was well received on the Reddit forum r/btc the day he announced the launch. One user commented that the developers should implement the bot with the Matrix/Riot messenger service and said the Telegram-like application is “picking momentum quickly and it has an API for bots.” The Mint Bot follows the SLP tipping bot that tips spice tokens (SPICE) and is used in various Telegram chat rooms. Additionally, there’s the Button Wallet bot news.Bitcoin.com tested last May that leverages bitcoin cash (BCH), but doesn’t support SLP tokens. With the ability to use any SLP token, Max and his brother’s new Mint Bot is one of a kind.

Disclaimer: This article is for informational purposes only. It is not an offer or solicitation of an offer to buy or sell, or a recommendation, endorsement, or sponsorship of any products, services, tip bots, software, or companies. Bitcoin.com does not provide investment, tax, legal, or accounting advice. Neither the company nor the author is responsible, directly or indirectly, for any damage or loss caused or alleged to be caused by or in connection with the use of or reliance on any content, goods or services mentioned in this article.