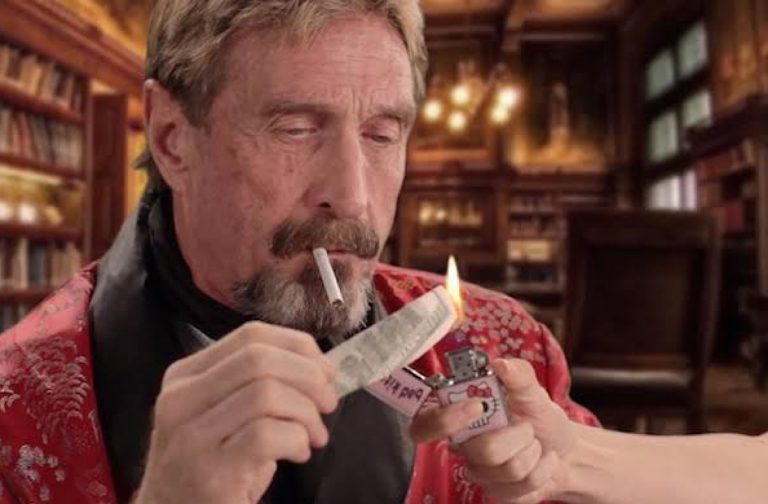 In a tweet posted Monday, September 23, Libertarian presidential candidate and crypto rebel John McAfee wrote: “BAKKT goes live today. It is institutionalized and monitored … if you are “initiated” into crypto, then you certainly won’t use it and will spend time luring the new users into the Unlimited Crypto World.” The maverick anti-politician raises an important point. The real revolution of crypto is individuals using it autonomously, privately and freely, not in institutionalization or mainstream adoption alone.

It’s very easy to talk about “Bitcoin revolutions” or the groundbreaking technology crypto in general represents. It’s also easy to speak in loud, blustery tones about the necessity of mainstream adoption, and the benefits institutional money and regulation can bring to the table. Bakkt’s launch on Monday was not under-hyped by any means, for example, so the ensuing fizzle of an opening came as a bit of a shock to many. Bakkt could do very well in the future, and more institutional cash will likely flow in, but McAfee’s point is that it doesn’t matter as much as other factors. Namely, using crypto as it was meant to be used — as permissionless, peer-to-peer electronic cash.

As some in the space have pointed out, institutional money is already here, shorting the hype cycles surrounding events like the Bakkt launch to their benefit. So the “unlimited crypto world” McAfee speaks of is something entirely different. The SEC is already here, regulating companies — scams and non-scams alike — into oblivion. Governments worldwide impose such restrictive licensing requirements on any crypto venture, that Bitcoin runs the risk of being relegated to the boring, lukewarm category of impotent, “fiat lite.”

Private OTC trading is under attack worldwide, as are attempts to keep one’s own hard-earned value from the prying hands of tax officials hellbent on paying for more bombs to drop on pine nut farmers in the Middle East. The real revolution of crypto is that it potentiates subversion of governments and banks. Governments and banks who, until now, have been able to keep a fairly tight leash on the tax livestock and control the flow of money to their benefit. The “unlimited crypto world” McAfee speaks of is the free market of independent actors trading value for value, absent the coercion necessary to uphold fiat garbage like the USD.

Mass Adoption Could Do the Trick

The state is a strange paradox when it comes to technology. On the one hand, there’s likely secreted knowledge that would blow our minds (and could easily blow us to oblivion) should it be revealed or leveraged. On the other hand, some branches of the federal government still employ legacy systems that use 8-inch floppy disks. Anyone that’s been in a DMV knows how inefficient state operations can be. A mass move of the market to money that cannot be so easily regulated could spell an ultimatum for central bankers. Either go with the flow, or leverage greater violence to force people back into the antiquated, debt-based inflationary model.

If, for example, a critical mass began to use crypto as cash everyday as they pleased, regardless of centralized regulators or unjust laws, there’d be nothing any state could do to stop it. The tech is already here, and widely available. Convenience usurps power. Short of violently imprisoning these same masses of adopters (and shooting their very source of political power, funding and support in the foot) there would be no course of action for bureaucratic monetary bodies to take. Outright violence against dissenters is always a risk, and is happening now, but with mass adoption the scenario changes drastically. In the same way chattel slavery is an unimaginable barbarism to most normies these days, so will financial slavery be viewed in the future. Crypto potentiates a return to honoring producers, and not the parasites of the world.

As philosopher Ayn Rand once wrote:

The businessman who wishes to gain a market by throttling a superior competitor, the worker who wants a share of his employer’s wealth, the artist who envies a rival’s higher talent – they’re all wishing facts out of existence and destruction is the only means of their wish. If they pursue it, they will not achieve a market, a fortune, or an immortal fame – they will merely destroy production”

Cryptocurrencies present this opportunity to return to respecting the inalienable rights of the individual. Models based on extortion (taxation) and outlawing competing currencies can do no such thing. What we see happening now is indeed evidence of this. A currency divested from actual market value, the USD, is no longer backed by gold, but violence, and as a result there is endless warfare designed to preserve its supposed “value.” In the world McAfee envisions, such scams would be laughed at and derided for the psychopathic delusions they are. Institutionalization of crypto may be a good thing to some degree and in some respects. But if the fundamental value is lost, which is freedom, the whole Bitcoin revolution promises to be just as unremarkable as Bakkt’s dud of an opening day.

What are your thoughts on McAfee’s statements? Let us know in the comments section below.