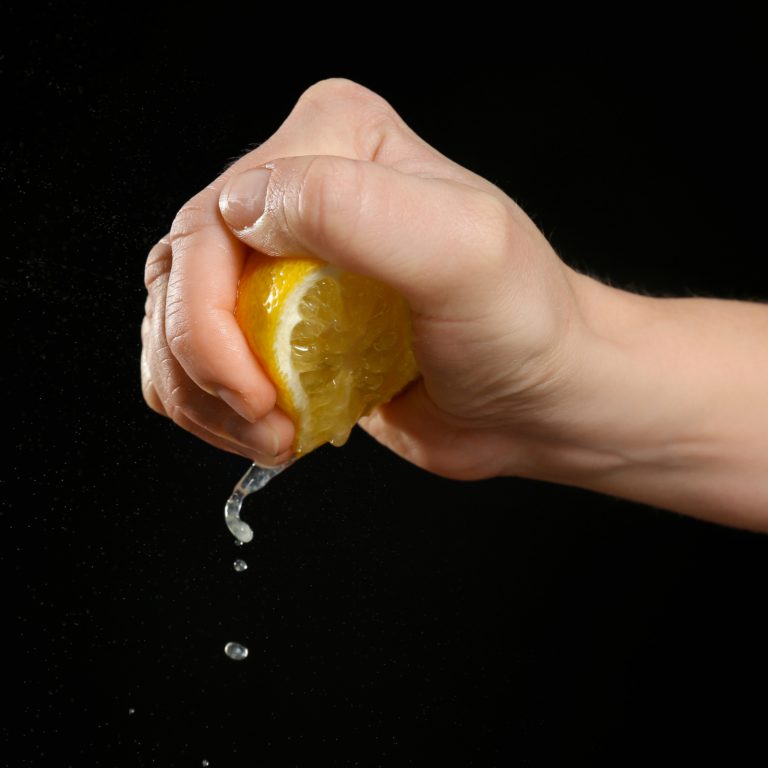 The BTC markets rallied today, with a minor short squeeze quickly driving the price up by more than 5% in less than half an hour. The move, however, may have been short-lived, with both volume and price action failing to have gathered further momentum following the sudden spike.

Also Read: Apple Co-Founder: Crypto World “Like the Internet When it was Brand New” 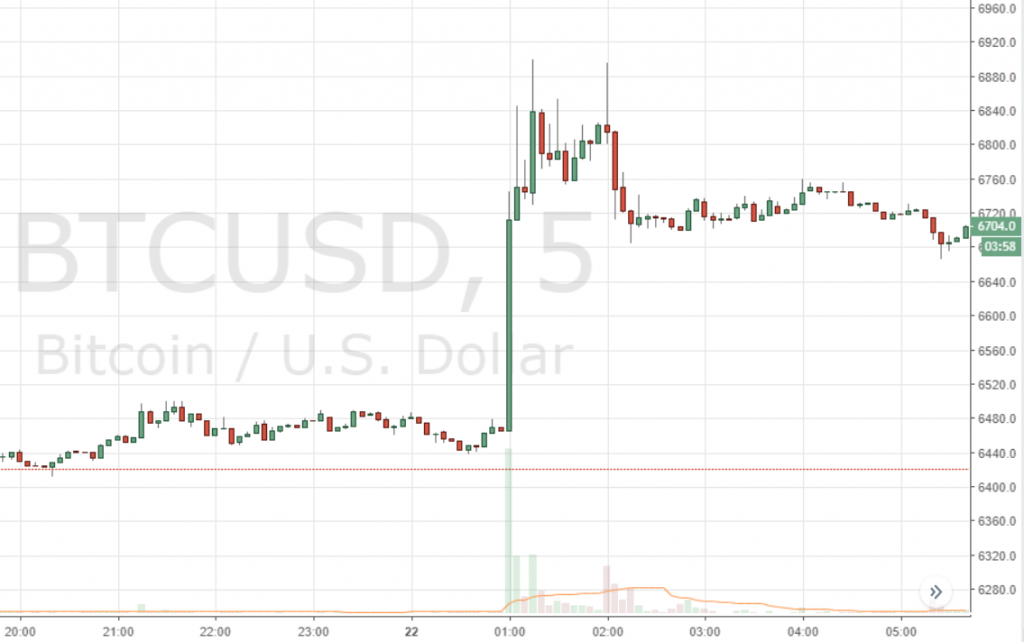 From then on, BTC markets oscillated within a 1.5 to 2 percent channel for approximately twelve hours, bouncing between approximately $ 6,640 and $ 6,750 until 13:35, at which point the markets shed a further 3.5% to complete a full retrace back down to test support at $ 6,400. 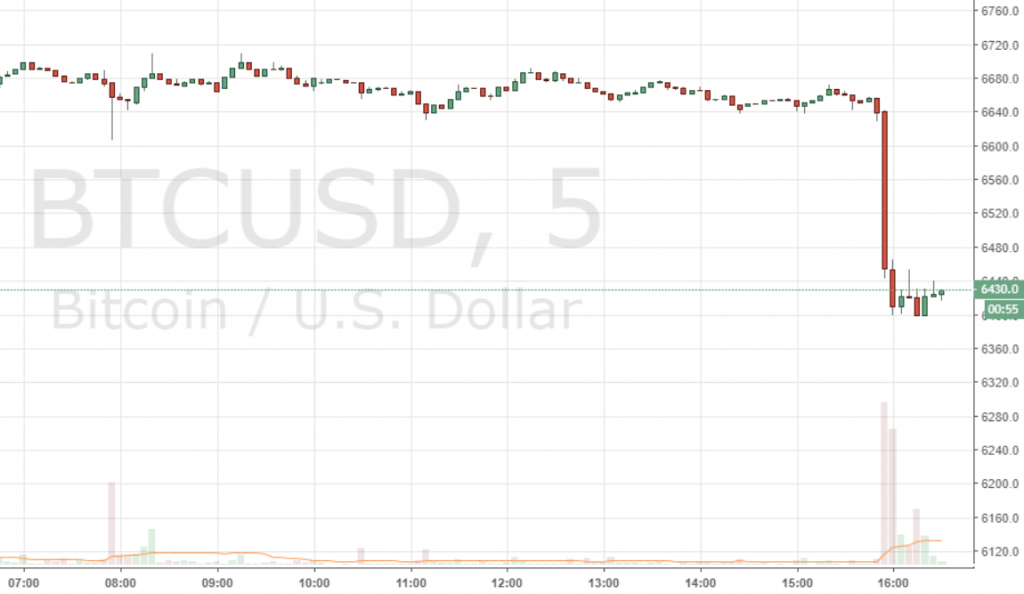 Looking at the number of shorts on Bitfinex, a nearly 11% drop to roughly 35,500 occurred today, following yesterday’s test of the all-time highs of 40,000. Despite the retracement in selling pressure witnessed today, it was far less violent than April’s short squeeze which saw the number of shorts drop by 41% in a single day after establishing a then-record high of roughly 40,000. 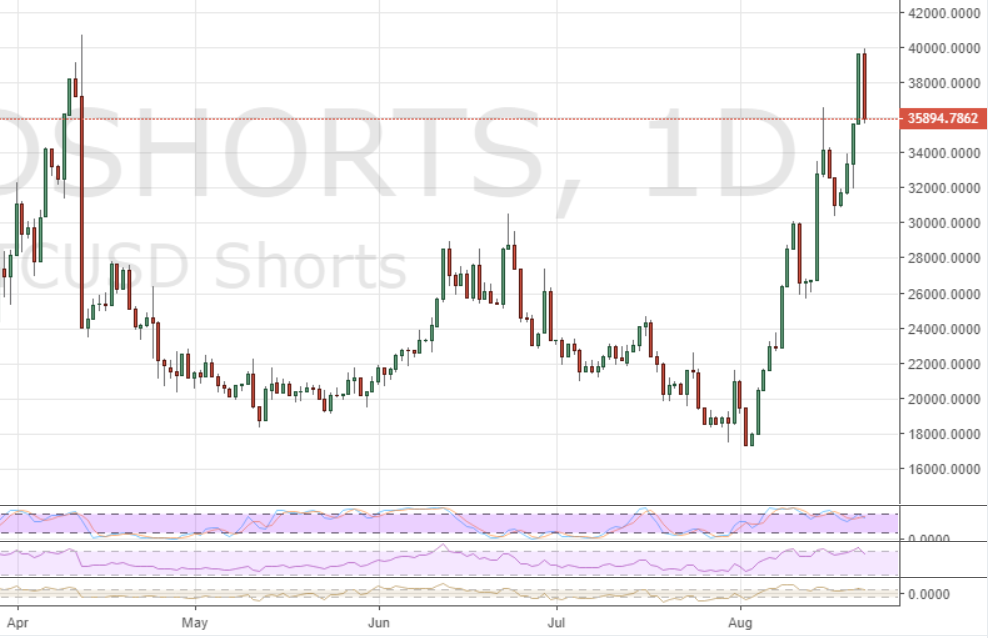 BCH also rallied at the same time today, gaining nearly 9% from almost $ 530 at 01:00 to test resistance at $ 575 less than twenty minutes later. As of this writing, BCH is trading for $ 530 after completing a full retrace over the course of the last 14 hours. 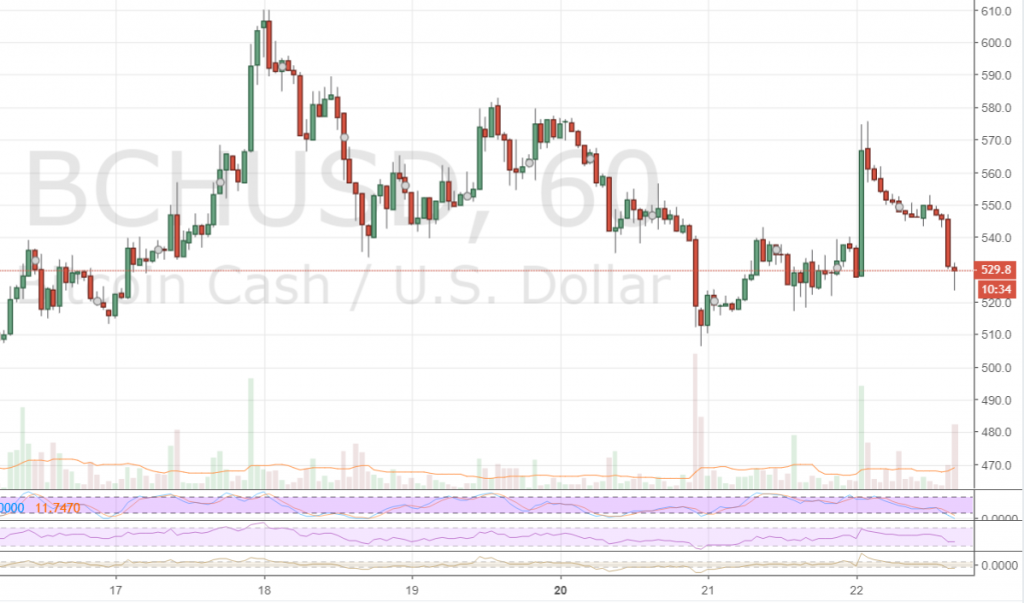 Despite the move, BCH was unable to capture gains over BTC today, with BCH currently trading for roughly 0.082 BTC each following early August’s break below the 0.1 BTC area for the first time in 2018. 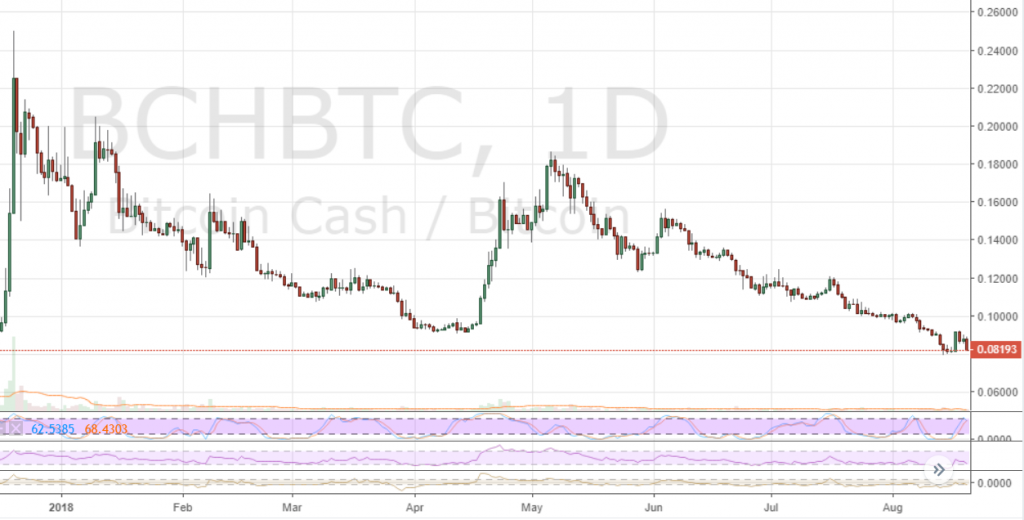 The move appears to have driven mixed reactions from the leading altcoin markets. Despite this response, price action continues to tighten, with no cryptocurrency market ranked in the top 40 by market capitalization posting a gain or loss exceeding 5% from 24 hours ago as of this writing.

Do you think that the BTC markets are in for a bigger squeeze, or will we see a new record for shorts? Share your thoughts in the comments section below!