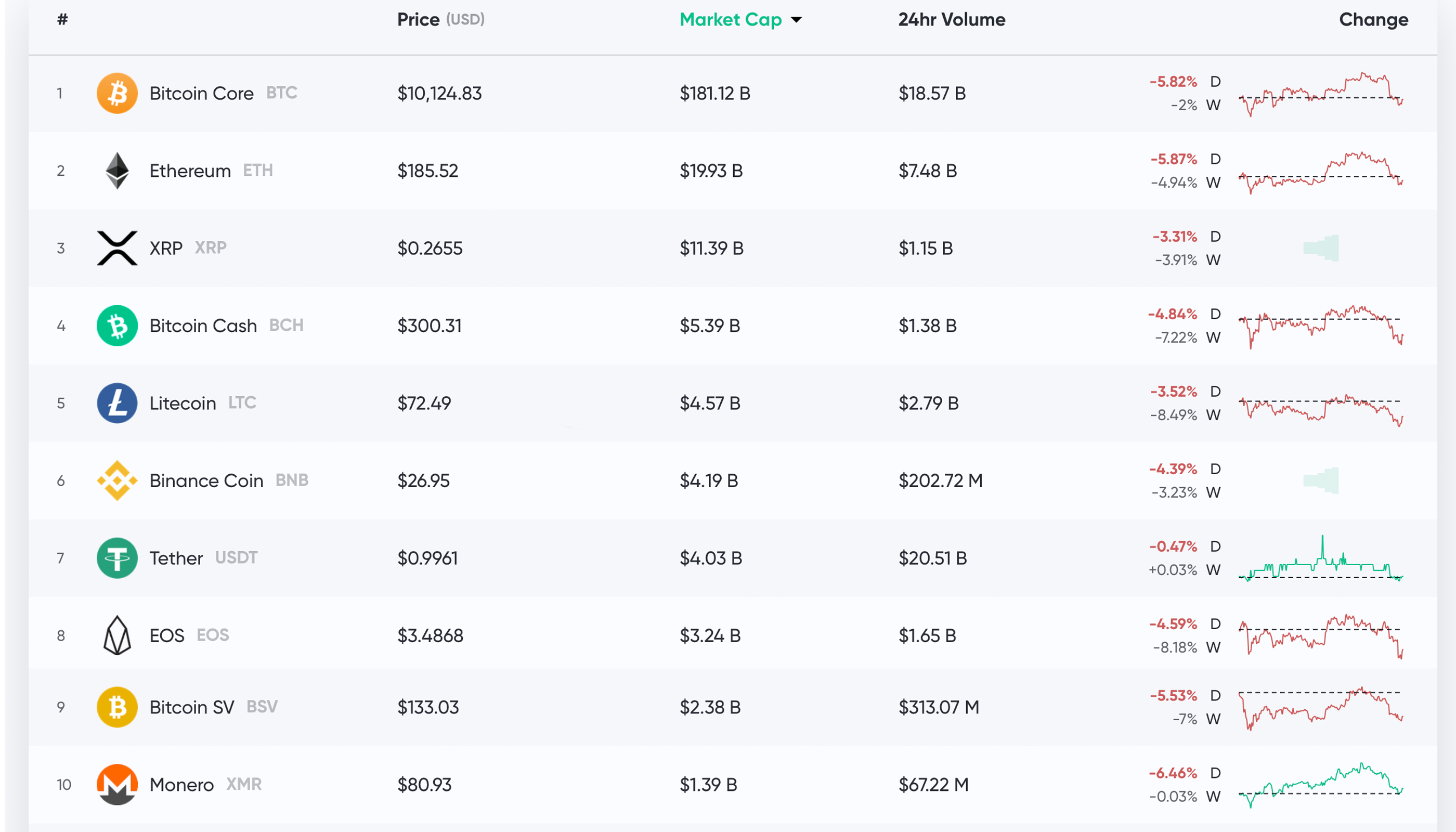 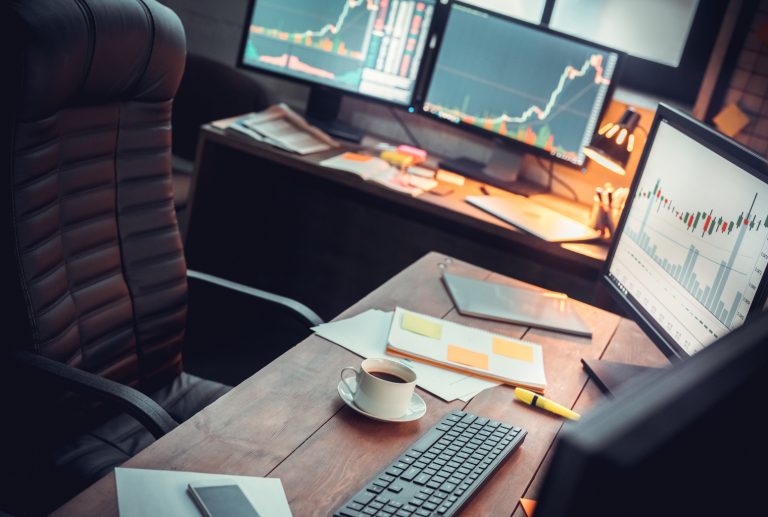 Cryptocurrency markets fell hard on August 21 following the $ 700 price drop bitcoin core (BTC) saw during the early morning trading sessions. Most digital assets have lost 2-8% in value as the overall market valuation of all 2,000+ coins has plunged to $ 263 billion. Crypto price movements have been following a trend of strong volatility, having been turbulent for several weeks.

BTC and a slew of other digital assets dropped significantly on Wednesday. At the time of publication, there’s been around $ 59 billion worth of daily trades happening between the most popular coins. BTC holds the top position and commands 69% of the $ 263 billion dollar market cap. At the moment, BTC is hovering at around $ 10,124 per coin and has an overall market valuation of about $ 181 billion. The top fiat currencies traded with BTC on Wednesday include JPY and USD and tether (USDT) captures more than 66% of all BTC trades. BTC has lost 5.8% over the last 24 hours and 2% in the last seven days.

The second highest valued market cap belongs to ethereum (ETH) where each coin is being swapped for $ 185 per coin. ETH is down 5.8% today and there’s $ 7.4 billion in global ETH trades. Following ETH is ripple (XRP) which has seen the least volatility over the last few weeks. One XRP is trading for $ 0.26 and markets are down 3.3% today and 4.9% for the week. Lastly, litecoin (LTC) commands the fifth-largest valuation and each LTC is trading for $ 72. LTC has dropped only 3.5% today but lost more than 8% this week.

Despite the falling prices, traders and crypto enthusiasts on social media are still optimistic about digital currency markets and BTC prices. Popular Twitter trader Jacob Canfield says the charts look like a “pretty classic rising wedge that hit resistance.” “First support zone didn’t hold up price at all — Ideal buy zone $ 8900-$ 9100 if we can get there,” Canfield concluded on Wednesday. Meanwhile, Mark Mobius, the founder of Mobius Capital Partners, told the press this week that cryptocurrencies like bitcoin are “psycho currencies.” “I call them psycho currencies because it’s a matter of faith whether you believe in bitcoin or any of the other cyber-currencies,” Mobius explained during an interview.

Meanwhile, traditional markets like stocks and bonds have been just as shaky and some people believe that institutional and retail investors are hedging macro risks with digital currencies. The Financial Times’ chief correspondent Henny Sender wrote a column for the Nikkei Asian Review which suggests central banks are pushing investors toward cryptocurrencies. “Central banks drive demand for bitcoin by devaluing their currencies,” the reporter detailed. “Cryptocurrency, wildly popular in China, is now a safe-haven asset.” Sender’s editorial continued:

Central banks have played a big role in driving this latest rally in crypto. That is because they have adopted policies which amount to competitive currency devaluations in the name of reflating their economies, in response to protectionist policies as the trade war leads to slower growth everywhere.

For now, BTC, ETH, BCH and the rest of the top digital currencies are feeling the pressure of weak hands, day-trading scalpers, and short-sellers. Even with a large number of optimistic hopium huffers on crypto Twitter, people are uncertain of what will happen next according to sentiment data. The current Crypto Fear & Greed Index, which analyzes the emotions and sentiments from different sources and crunches them into one simple number, is low today. At press time, the Fear & Greed Index for BTC and other popular digital assets rests at “extreme fear” or #11. The index was in “fear” (39) yesterday, where it has spent the entire month.

Where do you see the price of bitcoin cash and the rest of the crypto markets heading from here? Let us know what you think about this subject in the comments section below.