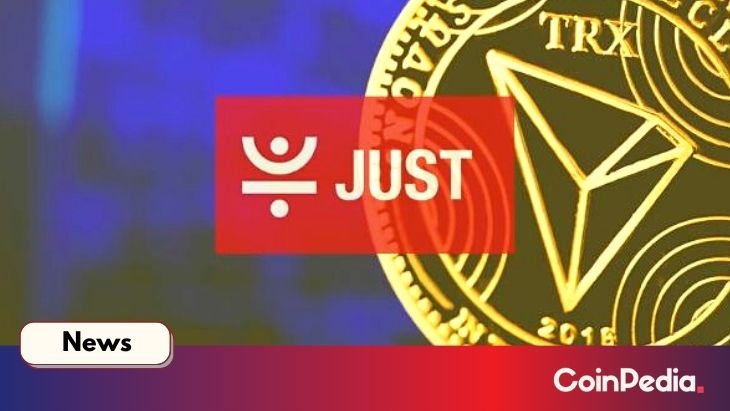 Decentralized finance popularly known as Defi, has become a buzzword in the cryptocurrency industry. It is particularly transferring financial services to a decentralized platform. In fact, it has been viewed by many as the best use case for cryptocurrency.

Although still a relatively novel concept, Defi has taken the crypto industry by storm. It is proving itself as one of the most innovative and robust applications of blockchain technology to date.

With the unstoppable hype of Defi applications, even crypto projects that so far had nothing to do with the topic want to get a piece of the DeFi. Tron, a popular decentralized blockchain platform has just laid the foundations of its decentralized finance ecosystem, dubbed ‘JUST Defi’.

The news was broadcasted through a series of Twitter posts by Tron Founder, Justin Sun.

What is – JUST Lend, JUST Swap and JUST BTC

Tron made its first foray into the DeFi industry with the release of the TRON-powered stablecoin lending platform—JUST. This Tron-based lending platform has the in-house token JST and the stablecoin USDJ. According to Sun, JUST DeFi team will launch 3 new Tron-based Defi products that will run on JST

First is “JUST Lend”, this is similar to few protocols like Compound, wherein users can together pool funds to generate collateral for themselves based on token holdings. Basically, it is a DeFi marketplace where JST users earn interests or borrow assets against collateral.

The second is JUST Swap, it is referred to as fully decentralized on-chain protocol for token exchanges. Few DEXs provide these features wherein they allow users to exchange tokens for any pairing with no slippage or late trades.

The third is JUST BTC, described as a TRC20 token backed 1:1 by Bitcoin. This product is much similar to WBTC (Wrapped Bitcoin), imBTC (TokenIon) and  tBTC (Keep Network)

Sun, who is known among the prominent crypto figures has been criticised by many for copying the ideas of others. Similarly, with the launch of Defi platform, crypto community assume that this ideas is similar to ETH-based DeFi lending platform, MakerDAO.

What is USDJ? [Everyone’s stable Coin]

Referred to as “everyone’s stable coin” as per the official website, USDJ is issued by the JUST Foundation. USDJ is pegged 1:1 to the US dollar (USD) and has its stability is maintained by a series of financial incentives and policy tools. Users can obtain USDJ by collateralizing TRX and forming a debt position with the JUST smart contract.

As per the reports, this stablecoin enables TRX holders to temporarily exit volatility when needed, perform stable cross-border exchanges, allowing them to hedge the market, and more.

However, if users wish to withdraw TRX back, they simply redeem their USDJ to close their collateralized debt position (CDP) and their TRX will be returned.

According to Justin Sun, $ JST will become the core DeFi token of the entire TRON DeFi ecosystem. It covers areas in decentralized loans, decentralized trades, and cross-chain.

It is worth noting that this isn’t the first time Justin Sun has bumped Tron into the stablecoin space. Previously, in the year 2019, Tron joined forces with Tether to launch the USD-pegged USDT stablecoin on the Tron blockchain as a TRC20 token.

Since then, the number of people using TRC20-USDT has boomed, and TRC20-USDT tokens now constitute more than10% of the circulating USDT supply.

In March this year, Justin Sun had also revealed ‘Djed”, a stablecoin project backed by the U.S. Dollar. The platform is live under tronscan.org that reportedly has a similar interface to that of Maker-based websites.

Overall, Tron is striving to mark its status as one of the most widespread blockchain platforms currently in operation. But will it maintain this momentum, or eventually run out of steam? Only time will tell.