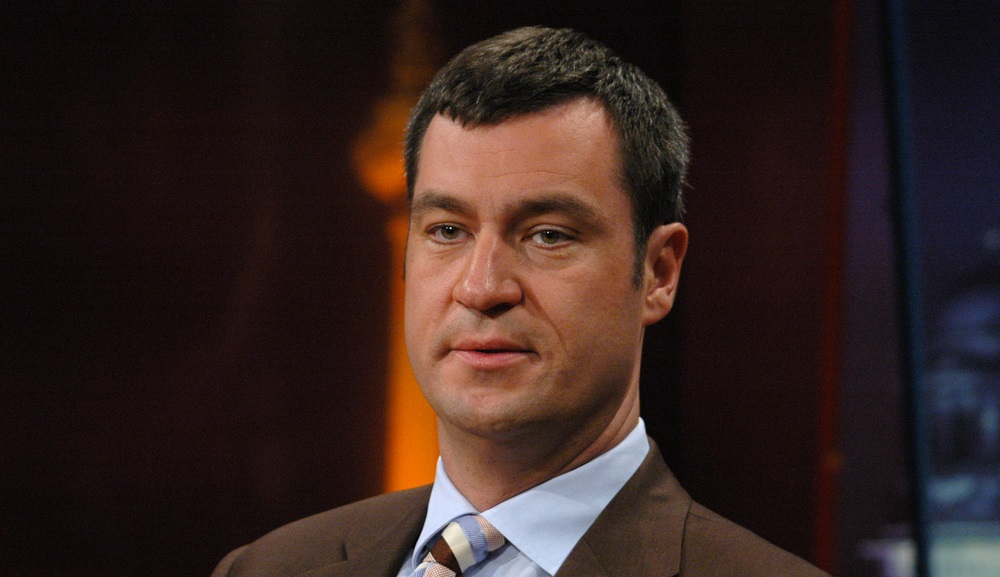 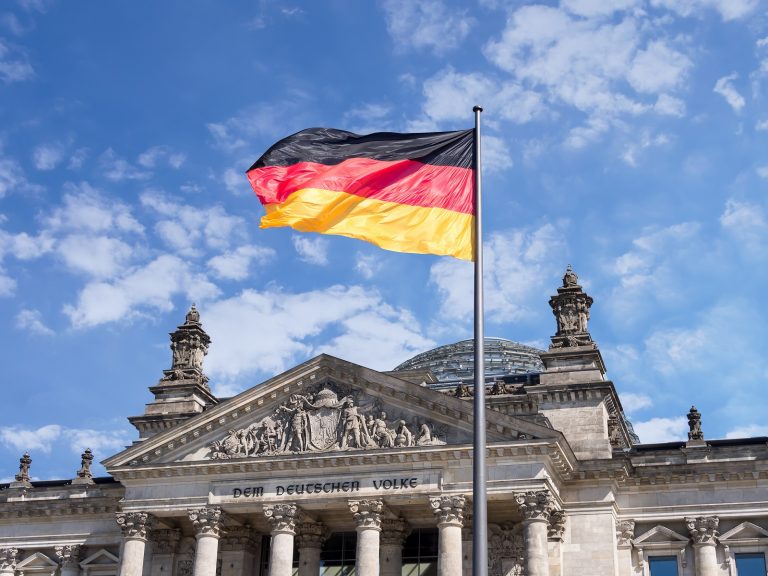 Negative interest rates, a common occurrence in Europe these days, are unpleasant for both banks and clients. And financial institutions have been increasingly transferring the bulk of the burden on to their customers. Some political factions in Germany, however, aren’t happy with the trend and are pushing for adequate protection for the ordinary small saver, who is often their voter too.

Germany needs to ban banks from passing negative rates to retail clients and it has to do so with a law. That’s according to Markus Söder, the prime minister of Bavaria, the largest and richest German state, and leader of the Christian Social Union (CSU). The local official with national prominence recently opened a front against subzero rates announcing an initiative in the Bundesrat, the upper house of the federal parliament, to exempt deposits of up to €100,000 from the punitive interest.

According to Söder, negative interest rates do not correspond to the financial culture in the country. German savers are already losing billions due to the low interest rates of the European Central Bank (ECB), he recently told Bild. The German politician thinks a change of course is necessary in terms of interest rate policy at European level. Berlin should make it clear to Christine Lagarde, nominated to become the next ECB president, that negative rates are not a sensible way forward, Söder stressed.

The head of the Bavarian executive power thinks it’s absurd when even banks that have ‘savings’ in their name have to resort to imposing negative interest rates which thus make saving unattractive. “We need a legal ban in Germany that prevents these negative rates from being passed on to small savers,” the official insisted. Unlike small depositors, wealthier savers have started looking for and some have already found alternative investment opportunities. He further commented:

Banks would have to balance their costs differently. Saving must be rewarded and not punished.

The initiative for a ban on punitive interest rates has already garnered political backing on national level. Söder’s proposal was welcomed by Wolfgang Steiger, secretary general of the Economic Council of the Christian Democratic Union (CDU). While CSU is based only in Bavaria, its larger counterpart, the CDU, is present in all other 15 states of the Bundesrepublik. The two conservative sister parties form a common parliamentary group in the Bundestag called the Unionsfraktion.

With these interest rates, Steiger noted recently, German savers pay for the rescue of the euro. Prime Minister Söder rightly demands a shift in the European monetary policy, he stressed, calling his colleague’s efforts important. CDU’s high-ranking representative elaborated that in a functioning competitive order, private property must be protected from arbitrary interference and stated:

Zero and negative interest rates are nothing but expropriation. It is therefore high time for the ECB to reduce its so-called unconventional monetary policy, stop the creeping financing of sovereign debt, and allow interest rates that reward savers and not punish them.

Speaking to the German press, Wolfgang Steiger bluntly warned that the pensions of millions of people are literarally sinking. This, in his view, undermines basic trust in politics while also inflicting permanent damage to the cohesion of society.

Söder’s effort received support from another corner of the political spectrum. The idea sounds good according to Olaf Scholz, Germany’s finance minister and vice chancellor in Angela Merkel’s coalition government. Scholz, who is a representative of the Social Democratic Party (SPD), indicated he is willing to check if small savers can be protected from penalty interest by law. “Negative interest rates are a real burden for private savers,” a spokeswoman for the Federal Ministry of Finance told the Bild. That’s why the ministry is now examining closely whether it’s legally possible to prevent them.

Scholz expects interest rates to remain very low in the next few years. Last week, he was quoted by Reuters saying that companies should seize the opportunity for near-zero borrowing costs to boost private sector investment. He pointed to the United States, where businesses and entrepreneurs are much more willing to put money into new projects. “My wish is that we also achieve such a cultural change here,” Scholz emphasized and added: “Don’t do it my way. I simply put it in my savings account.”

The German finance minister also noted that central banks are currently pursuing a loose monetary policy. The ECB has already signaled it’s planning more measures to stimulate the euro zone economy in order to avoid recession, including a new rate cut to an all-time low of -0.50% in September and restoring quantitative easing efforts in October by purchasing assets worth €15 billion ($ 16.6 billion).

Some Doubt a Ban on Negative Rates Is Going to Work

A move to ban negative interest rates in Germany is likely to face some challenges. Financial institutions in the Eurozone are now forced to pay a subzero, -0.40% penalty on their deposits with the European Central Bank (ECB). And they are obliged to keep mandatory reserves there. Under these unfavorable conditions, 115 banks are already partially passing on the punitive rates to their private and business clients, an analysis conducted by the German financial portal Biallo shows. Preventing them from doing so with legal means may involve dealing with certain constitutional issues and hence take time to accomplish.

Doubts have been expressed by representatives of legal and financial circles in the Federal Republic as well. According to Daniela Bergdolt from the German Bar Association, the country’s legislature has the power to introduce such restrictions, but a law banning negative rates for small savers would still be difficult to implement because of obligations to provide equal treatment to all depositors. A prohibition would also breach the autonomy of the financial institutions through government intervention in their business.

Others think a ban on subzero rates would be unlawful and push banks into an even deeper earnings crisis. Some have already rejected Söder’s initiative. According to the German Savings Bank Association, statutory prohibitions won’t help in any way. The lenders would pass on the negative interest, which they themselves have to pay to the ECB, regardless of the imposed restrictions. That could be done through higher account management fees, for example. Besides, a German law would not change the risky monetary policy of the European Central Bank in any way.

European banks, however, owe customers fair treatment after all, as a recent case in Denmark shows. The country’s financial regulator has prepared a draft report for the police about Danske Bank’s practice of overcharging some of its clients. The Financial Supervisory Authority (FSA) revealed earlier this summer it was investigating the major Danish bank for continuing to sell its Flexinvest Fri investment product despite expectations for poor performance which remained hidden from customers, according to Reuters and the local daily Jyllands Posten. The institution knew the return after fees would be less than the 0% rate on the deposit accounts. 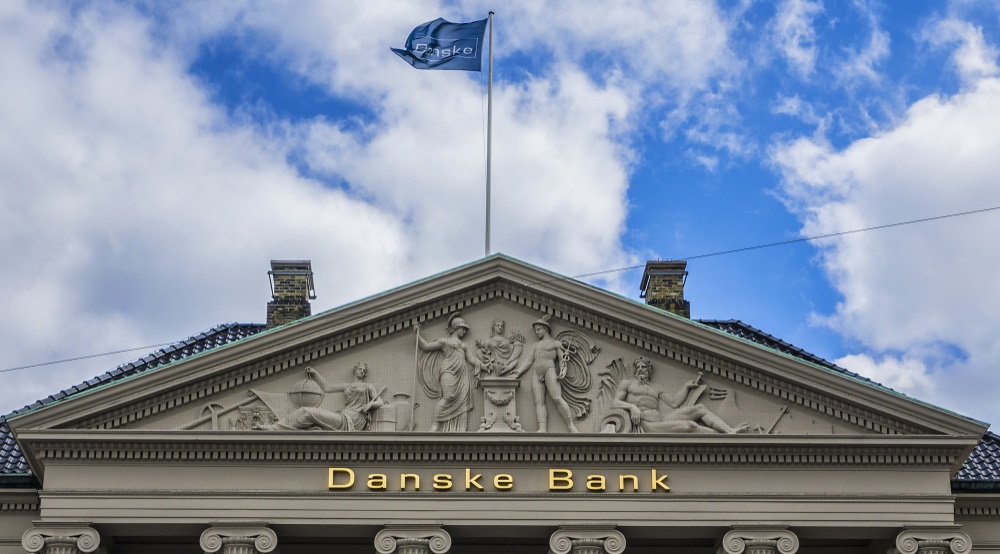 Following these revelations, Jesper Nielsen, Danske’s interim CEO at the time and head of its domestic bank, was fired. And in June, the credit institution promised to compensate investors with 400 million Danish kroner (almost $ 60 million). Details came out while the bank’s management was trying hard to restore public trust after its name was involved in a huge money laundering scandal in Europe. In damage control mode, the bank recently announced it’s not planning to impose negative rates on personal savings accounts or introduce additional fees for its wealthy depositors.

If you don’t want to be punished with negative interest rates and excessive bank fees, cryptocurrencies offer an attractive alternative. You can save in decentralized digital assets using the services of platforms like Cred which, in partnership with Bitcoin.com, provides you with up to 10% interest on your BCH and BTC holdings.

Do you expect Germany to adopt a law banning subzero interest rates on savings? Share your thoughts on the subject in the comments section below.