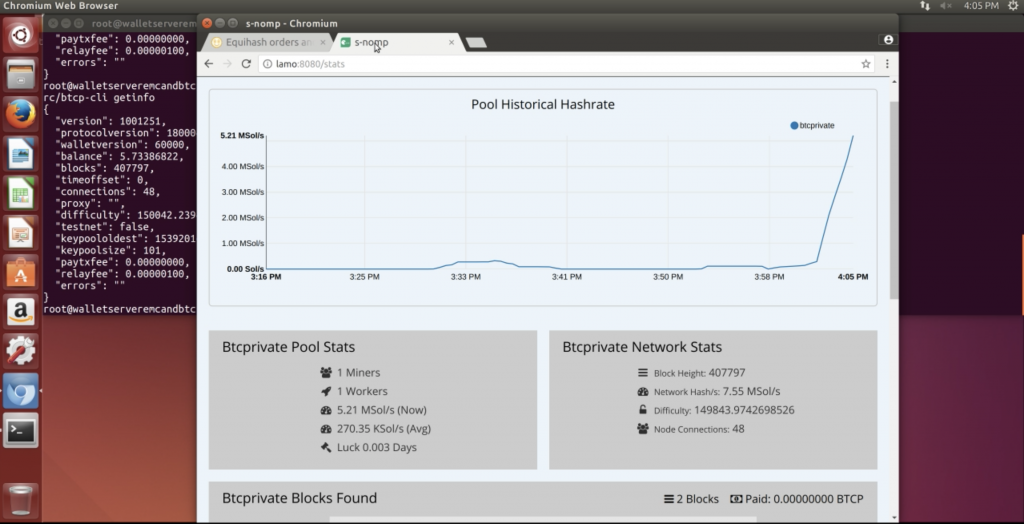 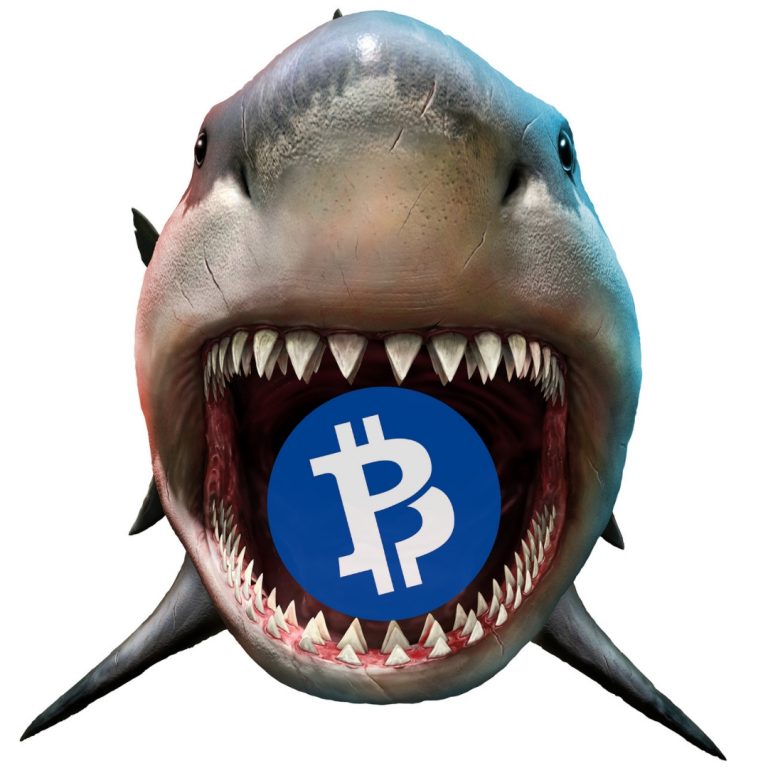 On Oct. 13, ethical hacker “Geocold” followed through on his promise to 51 percent attack an altcoin. He eventually settled on Bitcoin Private (BTCP), and quickly gained majority hashrate control, but the spectacle was fraught with setbacks, including censorship from two streaming services that pulled the plug.

Censorship, Denial of Service and Revenge Attacks – and That Was Just for Starters

Geocold promised he would 51 percent attack an altcoin to prove how easy it was, and he did, but the attempt did not run as smoothly as he might have hoped. Over 750 viewers were tuned in, and the likes of Jackson Palmer live-tweeting the spectacle, when Twitch suddenly pulled the plug. Cam-whores and other performance artists can broadcast their ‘art’ to the masses, it would appear, but 51-percenting altcoins is a step too far.

One of the unexpected lessons derived from Geocold’s session was on the dangers of censorship on an internet when a ‘Report’ button is never more than a few pixels away. Despite the ethical hacker having no intention of attempting to double spend coins, such as by depositing them into an exchange wallet and swapping them for BTC, the streaming provider pulled the plug, presumably in response to members of the Bitcoin Private community reporting his channel. “Anyone own/work for a streaming platform and can ensure report spamming doesn’t work for my stream?” he asked Twitter. “If I find such a solution I’ll stream again. If not I might do a surprise stream. If not I’ll just post a video.”

I have to say, it is very interesting to be sitting around on a Saturday afternoon watching someone demo-ing a 51% attack while other people attack his IP addresses. Very crypto and 2018.

When Geocold returned on Stream.me half an hour later, he lasted a little over 15 minutes before the same thing happened. Thankfully, by this time he had done enough to demonstrate his attack in action. When the second stream died, Geocold had majority hashrate and was merrily mining BTCP blocks.

A Mischief-Maker on a Mission

Geocold, who incorporated the “mischief-maker” epithet into his Twitter name in response to last week’s post from news.Bitcoin.com, had intended to 51 percent attack Einsteinium (EMC2). When the time came to perform the feat on Saturday, Oct. 13, however, he discovered that its hashrate had soared 15-fold to 1.4 TH/s. Given a week’s notice, the EMC2 community had thwarted the attack by acquiring huge amounts of hashpower. Geocold had anticipated this, and swiftly moved on to one of the alternative alts he had lined up as part of his contingency plan.

Bitcoin Private was selected and the benign hacker connected to a BTCP mining pool, using a couple of hundred dollars’ worth of rented hashpower he’d purchased from Nicehash with BTC. Shortly after finding his first block, however, Geocold came unstuck as members of the Bitcoin Private community fought back, possibly after he’d accidentally leaked his IP address while live-streaming. An http flood to the web UI of Geocold’s mining pool disabled the interface, but the real damage was caused by Twitch swinging the banhammer, prompting a move to a different streamer. 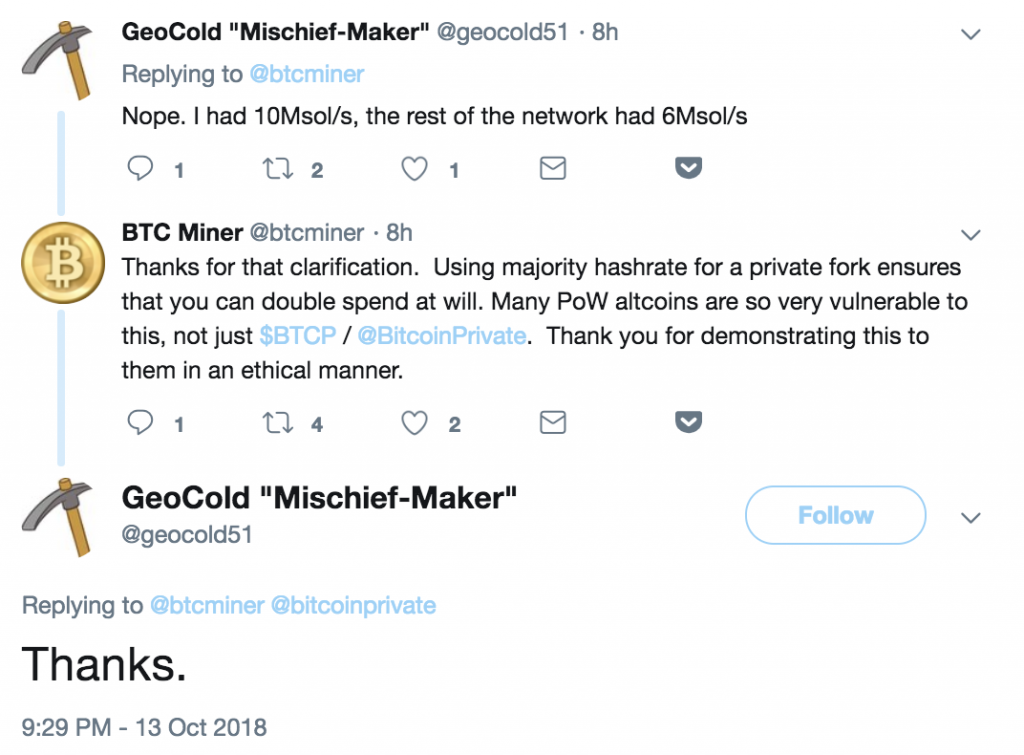 At the second attempt, Geocold dominated BTCP’s hashrate, producing a steady 10 MSol/s versus the rest of the network’s 6 MSol/s. He soon began to create the longest chain of blocks, and, had he persisted, could have forked the BTCP chain. In the event, the second stream died, and Geocold elected to wind things down and save some tricks for next time. The evening started as an exercise on the ease of controlling low hashrate PoW coins and ended as a demonstration of the need for censorship-resistant platforms.

Update on the stream. Got banned from two streaming platforms fairly quickly. I'm going to try to find a platform where I can be assured report spamming won't work. If not I'll just post a video on youtube. But attack wise: We got ~70% of BTCP's network and I was about to fork it

Do you think 51 percent attacking altcoins is a good spectator sport? Let us know in the comments section below.