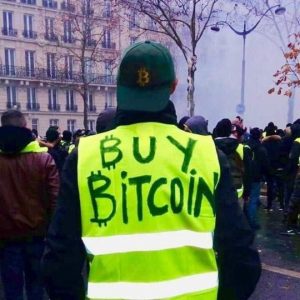 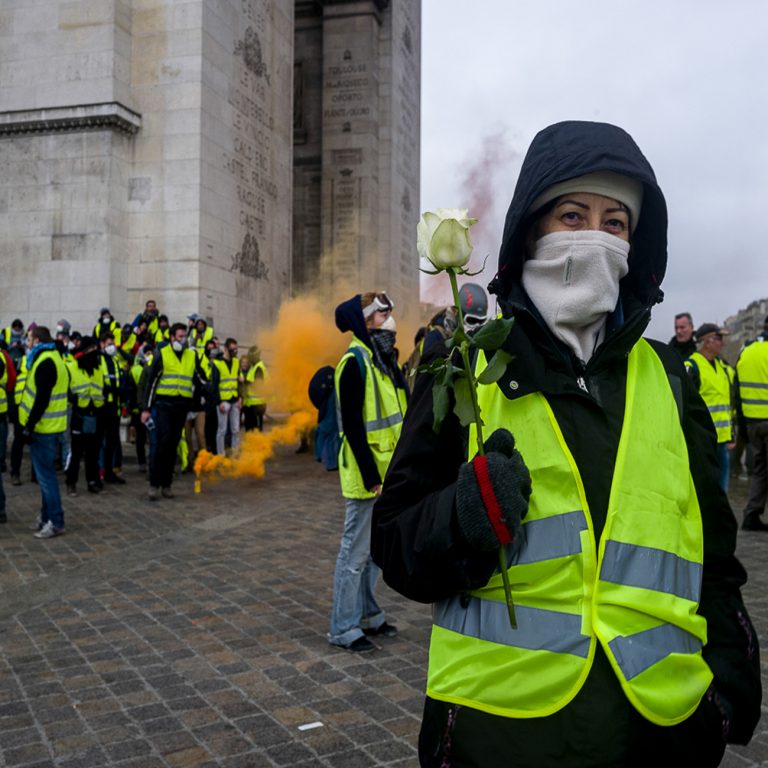 The grassroots yellow vest movement in France has been participating in protests for weeks on end. Just recently, high profile yellow vest members have been promoting a “bank run” on financial institutions and automated teller machines in Paris. According to reports, the scheduled bank run began in phases, the first of which started on Jan. 12 and since then a few ATMs have been shut down due to “glitches” while some banking offices have allegedly closed shop temporarily.

Over the last nine weeks, Gilets Jaunes, otherwise known as the yellow vest movement, have caused quite a stir in regions like Bordeaux and Paris, France. The political movement has been upset about high taxes, fraudulent banking practices, and a higher cost of living. Protesters specifically blame bureaucrats like the President of France, Emmanuel Macron, and the French banking system. A few high profile yellow vest leaders have been promoting a run on French banks and ATMs in order to show the opposition they mean business. A bank run occurs when a large number of customers of a bank withdraw their deposits simultaneously, which can easily threaten a bank’s solvency.

For instance, the bank run proposals have been called the “Tax Collectors’ Referendum” and French activists Tahz San and Maxime Nicolle, also known as “Fly Rider,” have been telling protestors in videos to withdraw their funds on Saturday. The activists say people should continue to “scare the banks” without any violent provocation. One of the videos has since been scrubbed from the Youtube platform.

“For Act IX, we will scare this state legally and without any violence and through the Référendum des percepteurs [Tax Collectors’ Referendum],” explained one of the yellow vest members on Youtube. “We all know that the power of a country is not in the hands of the government but in those of the banks — If the banks weaken, the state weakens immediately.”

On Saturday, at 8 a.m. we will all vote by withdrawing our money.

News.Bitcoin.com spoke with a correspondent residing in France, who wished to remain anonymous, who said the Gilets Jaunes have been pressing people to run on the banks. “They [yellow vest participants] said to scare the government and go to the ATMs and withdraw the most money as possible,” a person familiar with the matter told our newsdesk Tuesday. Interestingly enough on Saturday reports of ATMs having “glitches” and alleged “bank closures” were described by the journalist Gilbert du Motier. The reporter explained that the glitches were similar to the situation in Greece a few years ago when banks implemented withdrawal limits of 60 euros per person. According to the report, the French government is also planning to implement withdrawal restrictions as well as laws to make sure the protests end.

While discussions of a massive bank run heat up, many Bitcoin proponents have been vocally supporting the run on these financial institutions and hope the money will funnel into the crypto economy. High profile cryptocurrency advocates like Max Keiser and many others have been telling their Twitter followers the French should buy bitcoin.

One thing for certain is that if thousands or millions of French activists simply removed their funds from their bank accounts then the “fractional reserve” banking scheme used in France would be exposed, along with many of its EU extensions. Bitcoin, on the other hand, cannot be stopped by a central banking system as financial executives and bureaucrats like Macron are powerless to limit withdrawals or produce systemwide technical glitches on account of the cryptocurrency’s decentralized design.

What do you think of the yellow vest movement’s proposed bank run phases? Do you think they should move funds into cryptocurrencies? Let us know what you think about this subject in the comments section below.