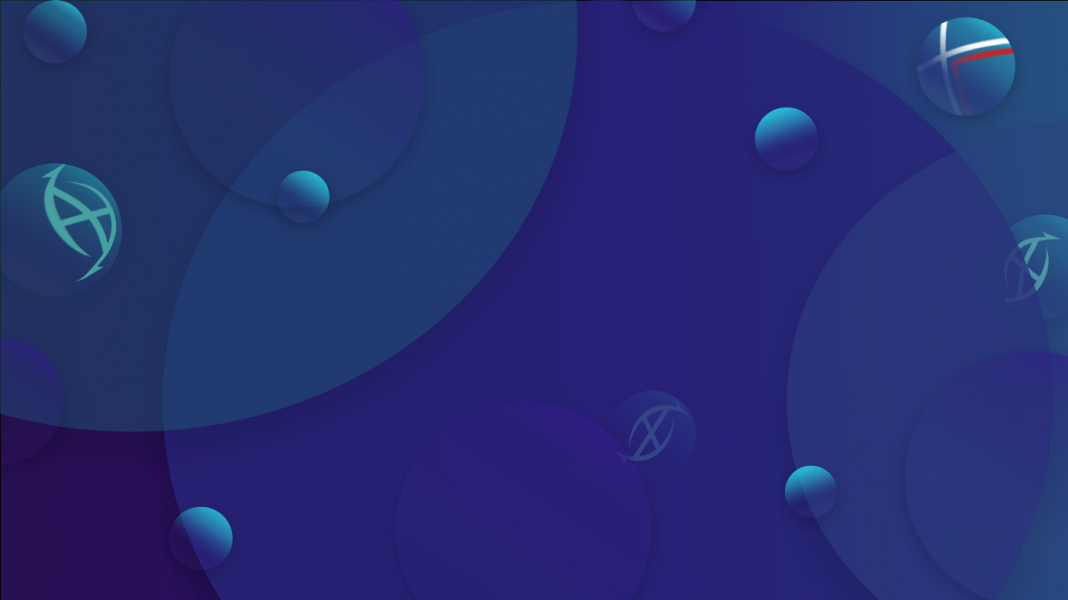 How the time flies… At least for us! It’s been almost half a year since our latest status update. All this time we’ve spent working hard on our ecosystem. Those last months of more “quiet” presence don’t at all mean that we did not work — quite contrary!

We’ve achieved a lot since our 2021 update (not even compared to the “dormant” phase of 2019–2020, but all in all). But it’s not the point of this update to tell You only about the tremendous amounts of work we’re doing here at ExchangeCoin’s HQ, but to summarise what’s achieved and present what’s coming. So let’s go!

Last month our main wallet — Exilibrium — got an update. It wasn’t a complete overhaul, but more of an improvement of the earlier version. We have removed an annoying bug that could’ve caused a wallet shutdown on some older blockchain transactions. It also got a new face, matching our symbol and colours.

After spending many hours on planning and designing further Exilibrium upgrades and considering the latest technologies, I have decided to drop the old code base and make a significant revolution in our wallet system. What I mean by that, is a completely new wallet software that would work seamlessly on all platforms. It’s one of those moments, when it’s simply more sensible to rebuild the program rather than filling up more and more gaps.

At the moment, we have a few wallets to maintain: Desktop Exilibrium, Mobile Wallet and a Web one. We still lack an iOS version — a considerable gap that we will fill soon with the new wallet.

I believe strongly in the success of the ExchangeCoin project, and to ensure its wide availability there’s no better way than opening up to all popular platforms.

The completely new, greatly improved version of the classic ExchangeCoin wallet app. We’re currently proceeding with research and design of the best available ways to create a stable, safe and last but not least user friendly environment for all our users’ assets. What are the main goals of the new Exilibrium?

One codebase to rule them all!

As I’ve mentioned before, we’re going for one codebase for all the popular platforms (Linux, macOS, Windows, Android, iOS), which will enable every member of our community to enjoy the full array of ExchangeCoin utilities

The new wallet will be easier to operate! I hate when the tools necessary for a certain task fail to be effective due to bad ergonomics. Exilibrium v2 is designed with its user in mind — as it’s nowadays popular.

As it’s nearly impossible to connect with blockchain on your phone, it certainly is not power-effective. It means that the iterations of the new wallet will come in two versions: full and light — the first one with unrestricted access to all available functionality; the latter treats Your power source way more sensibly.

If You’ve tried staking EXCC, you probably know the thrill — obtaining tickets, and waiting for the vote to come; simple but so fun (not mentioning the profits). Sadly, at the moment it’s quite difficult to join the ExchangeCoin stakepool, which requires a user to sign up. In the Exilibrium v2 there’ll be no need to sign up on staking pool anymore. All you need is your favourite cryptocurrency — and I obviously meant ExchangeCoin.

Wouldn’t it be nice to have a quick cryptocurrency exchanger right on hand? We’re working on integrating Exilibrium v2 with the Xchange.me API, so those exchanges you’d usually have to make online would be available straight from the wallet’s interface.

The gateway to our DEX

To power the upcoming decentralised exchange, we need to provide users with an appropriate environment, that would be simple enough for high accessibility, but safe enough that there’s not even a threat of manipulation or fraud. That’s one of the reasons we’re building the Exilibrium v2 from the ground up. The whole system is to be based upon trust, and I believe it should be earned. That’s why the new software will be even safer than the previous one, employing our proprietary signers structure — more on that in the upcoming months.

We are getting quite close with Xult! I hope to present a Release Candidate at the end of summer (if not earlier). As the whole ExchangeCoin ecosystem is founded with community in mind, I’m planning a testing contest, where users would be able to share their thoughts on the project’s functionality as well as its design. Now, I’m not going to reveal any more details on the project, besides it’s new logo:

As you can see, the new color scheme will be far more cool, as the original visuals seem dated. The whole exchange is designed to be up to the highest functionality standards. Modular dashboard and trading screen, different trading options and many more features are coming soon! If You’re interested in shaping the future of our exchange, please join the ExchangeCoin’s Discord or Telegram, where we’ll post all the information about the access to Xult’s Release Candidate (as all constructive opinions are welcome).

But if my plan is to work, we need all hands on deck. We’ll start an information campaign asking the users to move out the funds from the exchange as we will soon put it into maintenance mode. The reason behind that is simple — we have a limited number of people in the Privacy Matters LTD, and I think it’s paramount to deliver our new exchange as soon as possible.

As the cooldown is simply a way of focusing our resources, there is nothing to worry about if you don’t withdraw your assets. We will simply move the whole database with all the funds over to the new version. I just don’t want to hold anyone’s funds while we will be in maintenance mode, and therefore dormant. (if someone is late and still wants to withdraw funds from the exchange? Our support will be more than happy to help you with that; https://support.excc.co.)

The ExchangeCoin Team is currently taking lots of steps forward, but there’s also one important step back that we want to take. We’ve decided to return to our grandest plan of creating a truly decentralised exchange. We can’t stress that enough, and after a couple of years of hiatus it might sound off, but launching that kind of platform would be the realisation of the whole point of EXCC’s existence.

A complete order book based decentralised exchange hosted by you, ExchangeCoin users and stakers, would be massive. We’re observing a rise in the number of DEXes based on ERC20 or BSC chains, but that’s not the way we want our DEX to work. We plan on creating a true multichain DEX, because we believe in the need to support as many native blockchains as possible. True decentralisation can only be possible when people have a broad choice of cryptocurrencies and blockchains they can use.

We recently picked up our codebase from where we left it last time. As there since have been significant progress in the technologies we’d planned on using, we’re currently researching what the best possible solution would be.

We don’t want to take any shortcuts with this project. We do realise that the plan we have is a daring one, but it might be that only this kind of plan is worthwhile. We humbly ask you to once again support us with your trust, with your great experience that breeds wonderful suggestions, and last but certainly not least, with patience, as creating what we have in mind will surely take a while.

Our most polished product also gets a lot of attention lately. We have dropped the old technology that we had used at the beginning of the project. We’re completely rewriting the platform from scratch. What do we plan for the new version?

To further accommodate the needs of our dear users, we’ll be launching a new, groundbreaking service. Instant exchanges will soon let you swap certain popular pairs of cryptocurrency with absolutely no wait time. We decided to take that step to provide everyone with what we believe is the absolute top usability in terms of a cryptocurrency exchange. That paired with the utmost care about privacy is what sets us apart from the competition.

Another update we’re proud of in the field of usability will be lowering minimum required amounts of cryptocurrency that can be exchanged at one time. This is going to make Xchange.me accessible to an even broader public. Ideally you should never find yourself in a position when you’re unable to exchange your assets just because you don’t have some required amount of them at a given time.

This is not the place for boring you with the technical intricacies of the project, but we can tell you that our main goal is to provide you all with a much faster experience. Whether we’re talking about our API’s or site’s speed, or the exchange time itself, we aim at bettering them considerably.

The list of cryptocurrency which we accommodate on our platform is already quite long, but that’s not stopping us from adding even more to it!

It’s full summer outside, but we don’t stop. Expect more updates from us. Participate in our channels on Telegram and Discord. We are waiting for your feedback and ideas.

Next 12 Months to Be Game-Changer For The Crypto Market ! Here’s Why