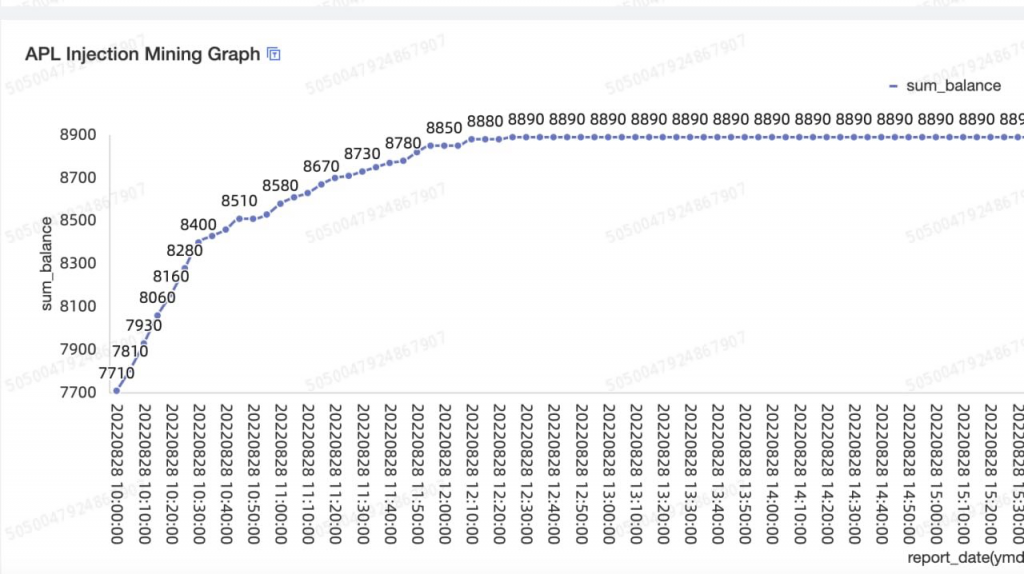 Since the official launch of AMAX#1 public mining at 08:58 (UTC+8) on August 28, 2022, users have been actively participating and the 5000APL tier mining pool reward was snapped up within 3 hours.

The data shows that after the official launch of AMAX#1 mining pool, the mining rate presented a rapid growth momentum and remained in a high position, which indicates that users’ enthusiasm is running on fire and the Armonia ecology is greatly supported by their full engagement and positive prospect. Although this level of 5000APL mining pool rewards has been snapped up, there are still some Apple and other levels of AMAX to be claimed.

The total amount of AMAX#1 mining pool for the current period is 88,888 AMAX, distributed in mining pools of 5 tiers. The first tier pool is 100APL, where users can use the free 100APL obtained from picking apples in Farming to mine and can choose both the normal way and advertising x10 way to claim. If a user watches the video completely, then 10 times the reward (0.001 AMAX) will be given. If the video is not watched completely, then a user will be rewarded 0.0001 AMAX. The second to the fifth tier mining pools are 200APL, 500APL, 2000APL and 5000APL, and users can directly inject the APL that meets the quantity requirement into the corresponding pool to get 0.05AMAX, 0.5AMAX, 3AMAX and 10AMAX rewards respectively. The 100APL mining reward will be delayed to release if abnormal ads-watching behavior is detected. Expect this condition, all other rewards will be recorded in real-time.

The amount of AMAX#1 mining pool is limited and don’t be late! So hurry up, log in to APLink and start mining to get your earnings!

Disclaimer: This is a press release post. Coinpedia does not endorse or is responsible for any content, accuracy, quality, advertising, products, or other materials on this page. Readers should do their own research before taking any actions related to the company.