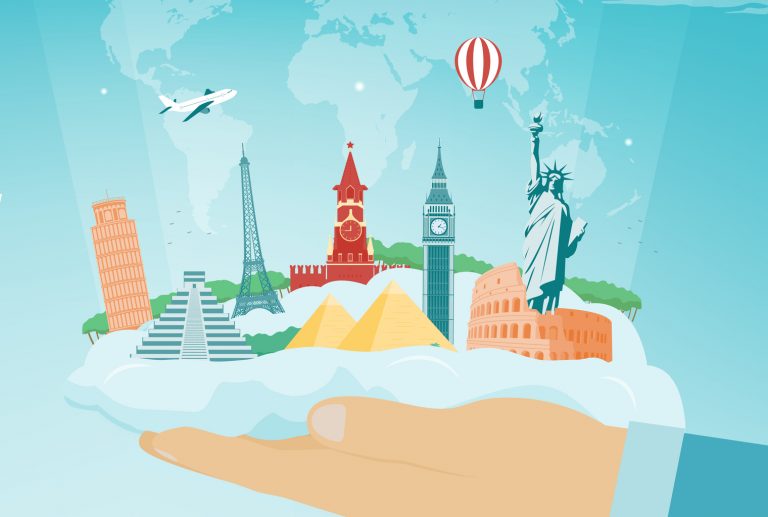 Crypto Beats Fiat in Round the World Payments Race

Four contestants are currently racing their way around the globe in a quest to reach Amsterdam first. The Payments Race runs westwards from London, circling the globe before finishing at the Money 2020 event in the Dutch capital today, June 4. In keeping with its theme, each contestant must use a different payment method throughout their journey. Alex Hobern has selected cryptocurrency as his sole means of sustenance and survival on the winner-takes-all journey.

Round the World Payments Race Showcases the Future of Money

Cash, card, mobile and crypto are the four payment methods available for the Round the World Payments Race, with one assigned to each racer. Northern Ireland, Hong Kong and Lithuania are among the checkpoints to be visited during the course of the westward circumnavigation.

Crypto candidate Alex Hobern is accustomed to drumming up publicity in his role as a social media creator and TV personality, but he’s a confessed newb when it comes to cryptocurrency. As such, his journey is one of self-discovery as much as it is global conquest. The rules of the challenge mandate that he can’t use crypto surrogates such as cryptocurrency debit cards or BATMs: Hobern is only permitted to spend crypto in its purest P2P form.

The Challenges of Living on Cryptocurrency

When asked by news.Bitcoin.com why he had selected cryptocurrency from the available options, Hobern explained: “In my view, it poses the biggest challenge. With a large and dedicated community, its adoption by merchants is extremely low. Being someone who thrives out of their comfort zone, I decided it was the best way to make the trip an actual challenge.” He confesses to having known “absolutely nothing” about cryptocurrency prior to the race save for a few tales from mates who got rich during the market mania of 2017. To help him out, London-based cryptocurrency payment service Wirex gave him a crash course on everything he should know before setting out.

Cryptocurrency’s suitability for spending is a matter that’s fiercely divided its community. While a significant proportion of BTC users have no desire to spend their coins, which they believe to be a store of value, others are eager to deploy their crypto as P2P cash including BCH, LTC, and DASH owners. Alex Hobern speaks glowingly of the support he’s received from the crypto community on his journey, but admits to having experienced difficulty in finding businesses that would accept cryptocurrency. He even visited a place called the Crypto Cafe that wouldn’t accept his digital coins.

Prior to arriving in Europe, Alex’s team were firmly in the lead, based on points scored for completing various payment challenges along the way. However, he found it difficult to complete the ‘Different modes of transport’ challenge in Europe using crypto, where he instead resorted to ticking off as many countries as possible to gain additional points.

Despite the difficulties of spending cryptocurrency in certain places, in every country Hobern has visited, there were people willing to welcome him and his crypto with open arms. Trip highlights have included yachting in San Francisco bay, with the aid of Cheung Tan from Token, who purchased tickets, enabling Hobern to pay him in BTC. Future.Travel and Trippki were used to arrange flights and hotels, all paid for in crypto, leaving Hobern with the task of meeting crypto enthusiasts on the ground to help him get around.

Hell yeah… what a wild ride it was. Round the world in 2 weeks using crypto 🔥🔥 #TeamCrypto #PaymentsRace pic.twitter.com/IksuLYa0xI

During the course of his trip, which finishes today, Hobern has managed to spend cryptocurrency in the U.K., Ireland, Canada, U.S., Hong Kong, Dubai, Austria, Slovakia, Hungary, Italy, Lithuania, Finland, Belgium and Amsterdam, primarily in BTC, ETH, and LTC. The difficulties of using bitcoin core for small payments became evident on at least one occasion, when Hobern found that the cost of the transaction fee exceeded the cost of the goods.

Team Crypto was first to cross the finish line a few hours ago, but will need to wait to find out whether they accrued more points than the other teams. Win or lose the Round the World Payments Race, Alex Hobern claims to have developed a love for all things crypto, and a desire to get into investing and trading when his epic journey wraps up in Amsterdam later today.

#TEAMCRYPTO first to cross the line. Thanks so much to everyone who supported along the way. No idea where we stand on points but a special shout-out to @wirexapp @FutureTravel14 @Trippki_ @bitrefill and @token_io for making this possible 🔥🔥🤟🤟 #PaymentsRace pic.twitter.com/dPl5Q3iIOx

Do you think it would be difficult to travel the world on cryptocurrency? Let us know in the comments section below.

The post Crypto Beats Fiat in Round the World Payments Race appeared first on Bitcoin News.