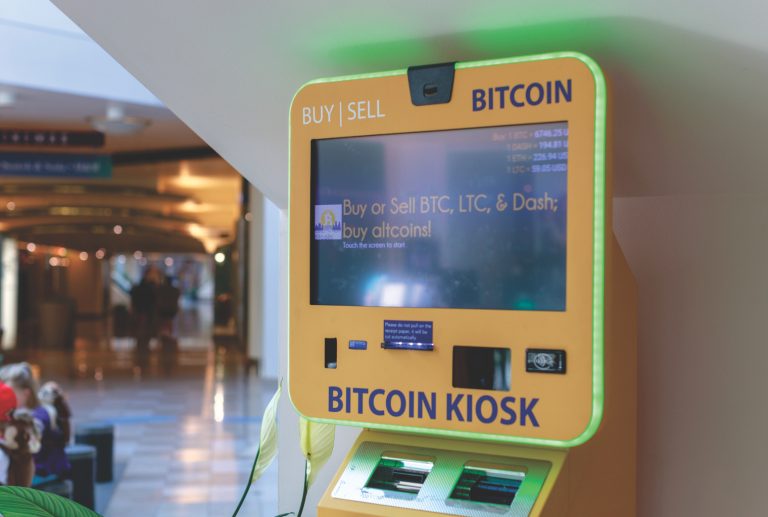 The number of cryptocurrency ATMs installed worldwide has surpassed 6,000, nearly a 50% growth since the beginning of the year. The U.S. leads other countries with over 4,000 crypto ATMs, followed by Canada and the U.K. Several producers offer a range of machines for anyone wanting to get started in this line of business.

The number of cryptocurrency automated teller machines (ATMs) installed worldwide has grown substantially over the years. According to cryptocurrency ATM tracking website Coinatmradar, as of Nov. 25, there are currently 6,007 crypto ATMs located in 75 countries, which is 46% more than the 4,113 machines reported by the site on Jan. 1.

In addition, the site lists 148,823 other similar services that allow people to buy and sell cryptocurrencies such as existing bank ATMs, mobile payment terminals, retail chains, and kiosks. In this category, Bitquick tops the list with 106,649 locations, followed by Bitnovo Teller with 8,809 locations. The former is a Boost VC company that operates a peer-to-peer trading platform launched in August 2013 and acquired by Athena Bitcoin in June 2016.

The latter is a Spanish company that operates crypto ATMs as well as provides a service to buy and sell cryptocurrencies at teller locations. Its website claims that there are currently 39,311 Bitnovo points of sale and 670,761 transactions have been carried out successfully. The company launched the Bitsa prepaid Visa card in April and has so far issued 16,456 of them to customers, its website adds. 24nonstop, Flexepin Canada, Ibox, Flexepin Australia and the partnership of Coinme and Coinstar are also listed in this category.

Places With the Most Crypto ATMs

The countries with the most crypto ATMs are the U.S. with 4,120 locations, Canada with 733 locations, the U.K. with 295 locations, and Austria with 193 locations, according to Coinatmradar. In the U.S., 438 machines are found in Los Angeles, 273 in Chicago, 233 in Atlanta, and 212 in Miami. In Canada, 227 crypto ATMs are found in Toronto, 102 in Montreal, and 85 in Vancouver. Coinatmradar also offers the ability for users to search for crypto ATMs supporting particular coins: BTC, BCH, ETH, DASH, LTC, ZEC, XMR, and DOGE. Users can also restrict searches to one-way or two-way ATMs, with the latter allowing them to both sell and buy cryptocurrency. According to the site, 65% of all ATMs are buy-only whereas 34.9% are two-way.

For anyone looking to start generating income from crypto ATMs, there are several popular machines that can be purchased today. General Bytes offers several types of crypto ATMs starting at $ 3,249. Genesis Coin has three ATM products starting at $ 4,500.

However, anyone interested in purchasing a crypto ATM should verify upfront any regulatory requirements for operating such a machine. Some countries, states, or cities require businesses to be licensed in order to operate crypto ATMs.

What do you think of the growing popularity of crypto ATMs? Do you want to start a crypto ATM business? Let us know in the comments section below.

Disclaimer: This article is for informational purposes only. It is not an offer or solicitation of an offer to buy or sell, or as a recommendation, endorsement, or sponsorship of any products, services, or companies. Bitcoin.com does not provide investment, tax, legal, or accounting advice. Neither the company nor the author is responsible, directly or indirectly, for any damage or loss caused or alleged to be caused by or in connection with the use of or reliance on any content, goods or services mentioned in this article.

Images courtesy of Shutterstock and Coinatmradar.