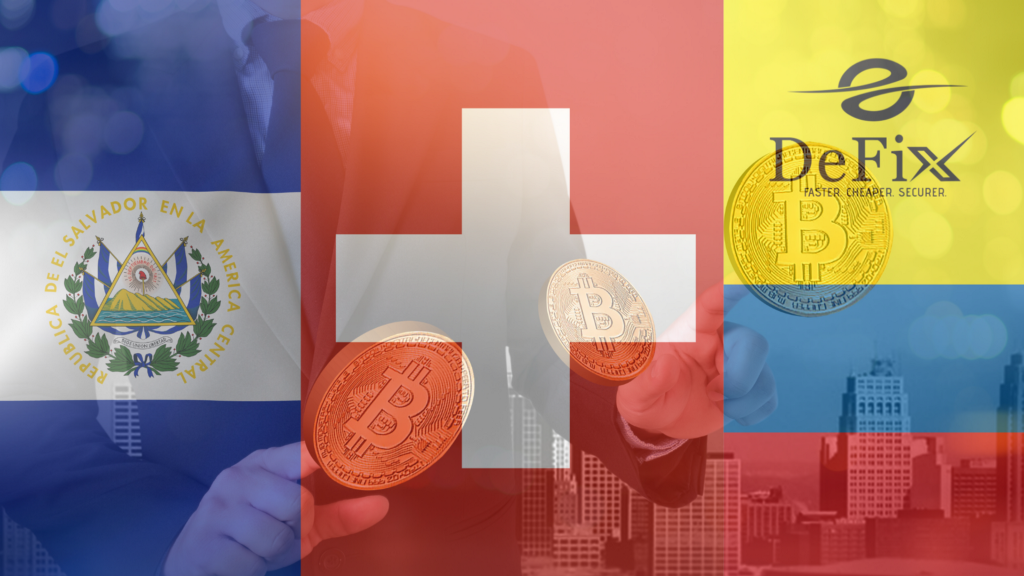 Countries Leading the Way in Cryptocurrencies

There’s a lot of buzz in the news about cryptocurrencies and blockchain technology. It is growing in popularity, and countries are beginning to implement it into their economic systems. Some countries have begun using cryptocurrency as an alternative form of payment for government services. Some use it for educational purposes such as mining or coding. Others see it as a way to diversify foreign currency reserves. No matter what reason they choose to adopt this new trend, these early adopters will set solid foundations that help them create successful economies.

El Salvador became the first nation in the world to recognize bitcoin as legal currency, a real-world test that proponents say will reduce transfer fees for trillions of dollars sent home from other nations but which critics worry may enable money laundering.

The initiative planned by the young, dynamic, and well-known President Nayib Bukele aims to cut $ 400 million in commissions for remittances paid out each year.

Switzerland has been a leader in cryptocurrency adoption for quite some time now. They are the first country to develop an ICO program that is compliant with existing securities laws. They are working on their cryptocurrency. The Swiss central bank believes it could provide stability to the financial sector and help them avoid future economic downturns if banks were backed by a government. Cryptocurrency will certainly be something we see more of as governments realize its potential.

Colombia was one of the first countries to explore blockchain technology for educational purposes — specifically coding — at universities across Colombia. This new way to teach students about crypto provides insight into how people can use it as well as potential pitfalls along the way. With this kind of insight, students will be better equipped to create innovative products and services using cryptocurrency in the future.

Estonia was one of the first countries to implement blockchain technology into their government systems back in 2012 when they released an online voting system that utilized blockchain for security purposes. They are continuing to use cryptocurrencies as a way to diversify foreign currency reserves by creating its e-residency program where citizens can apply for digital IDs instead of physical ones since many Estonians live abroad already. This shows how governments are beginning to understand crypto’s potential not just economically but socially as well!

Taiwan has been exploring cryptocurrency mining schemes with hopes of diversifying its foreign currency reserves since many countries are beginning to use other currencies along with the USD. They have also released educational materials about blockchain technology and created programs where Taiwanese citizens who live overseas can vote on local issues using distributed ledger technology (DLT). Taiwan’s understanding of crypto shows how governments are starting to realize its potential not just economically but socially too.

Iceland was one of the first adopters of cryptocurrency when they decided back in 2012 to implement DLT into their banking sector so consumers could track their transactions. They continue to explore ways that they can use cryptocurrency for financial purposes like trade, payment systems, and even banking services. Cryptocurrency is becoming more popular in Iceland because of its low inflation rate which makes it more stable than traditional currencies.

One of the biggest reasons why governments are beginning to use cryptocurrency is because they see it as a way to diversify their foreign currency reserves. Cryptocurrency provides many benefits to its users including fast payment, low transaction costs, and protection from fraud. The more countries that begin using cryptocurrencies, the more popular they will become.

Countries Leading the Way in Cryptocurrencies was originally published in The Capital on Medium, where people are continuing the conversation by highlighting and responding to this story.

The Bedrock Project is Facilitating Funding of Peer to Peer Projects