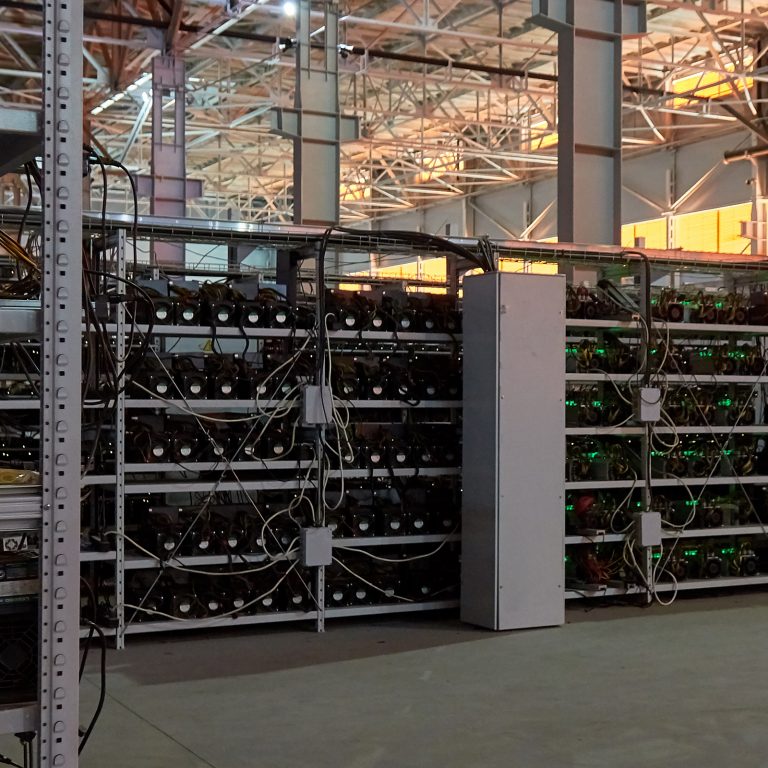 According to reports from media outlet Texas Public Radio, the Chinese mining giant Bitmain Technologies has reportedly suspended operations in the town of Rockdale. Bitmain started to build up its new facility at a former aluminum smelting factory last summer, but since the crypto economy downturn, the company’s operations at the Texas factory have allegedly paused.

It seems Bitmain has temporarily stopped operations at its Texas facility in the wake of cryptocurrency markets losing significant fiat value over the last few months. According to Texas Public Radio (TPR) and Milam county judge Steve Young, the Rockdale plant used to employ 15 individuals and now the operation is down to five employees manning the factory. Young says he isn’t too pleased that the mining business has paused and hopes the operation will continue. The county official emphasized that the Chinese company had “spent millions thus far to renovate the buildings” and he believes there are 7,000-8,000 mining units dispersed throughout the location.

“I’m really disappointed because we had advertised this, we had waited for this, we had wanted this and we had welcomed this,” Milam county judge Steve Young explained this Friday. “This was huge, we need some positive news here and we need some jobs here — We need a tax base here and this was a step in the right direction.”

The announcement comes after the South China Morning Post reported that Bitmain was in the midst of changing leadership roles. Moreover, the company’s mining operation Antpool was sponsoring the Houston Rockets about 40 miles west of College Station at the Toyota Center. At the time, Bitmain explained that choosing the Rockdale operation was due to certain factors in Texas like a strong economy, population growth, and friendly regulations. The Chinese company was also reportedly getting a tax abatement privileges as well. The abatement would give Bitmain and other technology firms who reside at the former aluminum smelter factory a 10-year tax break.

Bitmain officials declined to comment on the current status in Rockdale and told TPR in an email that staff reductions were happening across the entire company. “The right-sized team at Rockdale now has the expertise to re-start the project at small scale anytime. Bitmain would like to ramp up the site at a slower pace and scale based on market conditions,” the spokesperson told TPR. Rockdale city manager Chris Whittaker told TPR he is optimistic that the Chinese mining manufacturer will remain in Rockdale.

“I am optimistic that maybe [Bitmain] is reorganizing — They haven’t totally shut down and all those things are encouraging,” said Whittaker.

We’re optimistic that future companies are coming to the Alcoa property — This is a valuable asset to the county and it will remain and some company will come here and take advantage of this cheap source of power.

The Milam county judge detailed that Bitmain hasn’t given officials any reason to worry and the corporation has been honest so far. Moreover, Young also noted that Bitmain also pledged to hire locally and help pay school district taxes. Tax abatement deals are not uncommon for startups looking to set up shop in the Texas region, but if a startup cannot fulfill its promises then the tax breaks can be renegotiated by Rockdale officials.