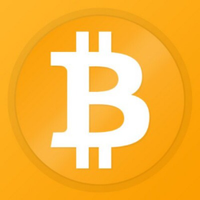 Bitcoin’s Current Price Pattern Is Dangerous, This Is How You Can Overcome, Claims Analyst

The post Bitcoin’s Current Price Pattern Is Dangerous, This Is How You Can Overcome, Claims Analyst appeared first on Coinpedia – Fintech & Cryptocurreny News Media| Crypto Guide

The world’s first cryptocurrency, Bitcoin has now reclaimed $ 23,000 level and is strongly headed towards $ 24,000 price level. All this comes while the US enters the recession stage with its GDP dropping at -0.9%.

However, a popular crypto analyst believes that bitcoin org

Followers : 0 View profile is about to form a pattern that will leave the crypto space with a negative impact.

The analyst who is anonymously known as Inmortal informs his 174,000 Twitter fanbase that Bitcoin had recently established a consolidation pattern which was followed by present surge and then a decline in the days to come.

According to the analyst, this pattern has increased the burden over the traders. Hence he says let’s wait and watch what the market has got to offer.

The strategist further inclines towards the pattern and asserts that whenever there is a bearish trend traders usually trade opposite to the market situation. This happens because there is no demand at this point.

Next Inmortal comes to the point where there is liquidation and says during the bear market price digs into the liquidity area and forms a downward pattern, then there will be a small recovery rally.

Then he says by this time, people would have entered the FOMO to get their part before the big players pop in

Hence, as per the expert, the first phase of this pattern is bottom, but this is not the important part, the surge that forms from this point is where the traders need to look. This is because the analyst believes this is where the consolidation is formed and this is where most of the traders enter into FOMO.

Then there is a sell-off and if the pressure is too high there will be another low soon.