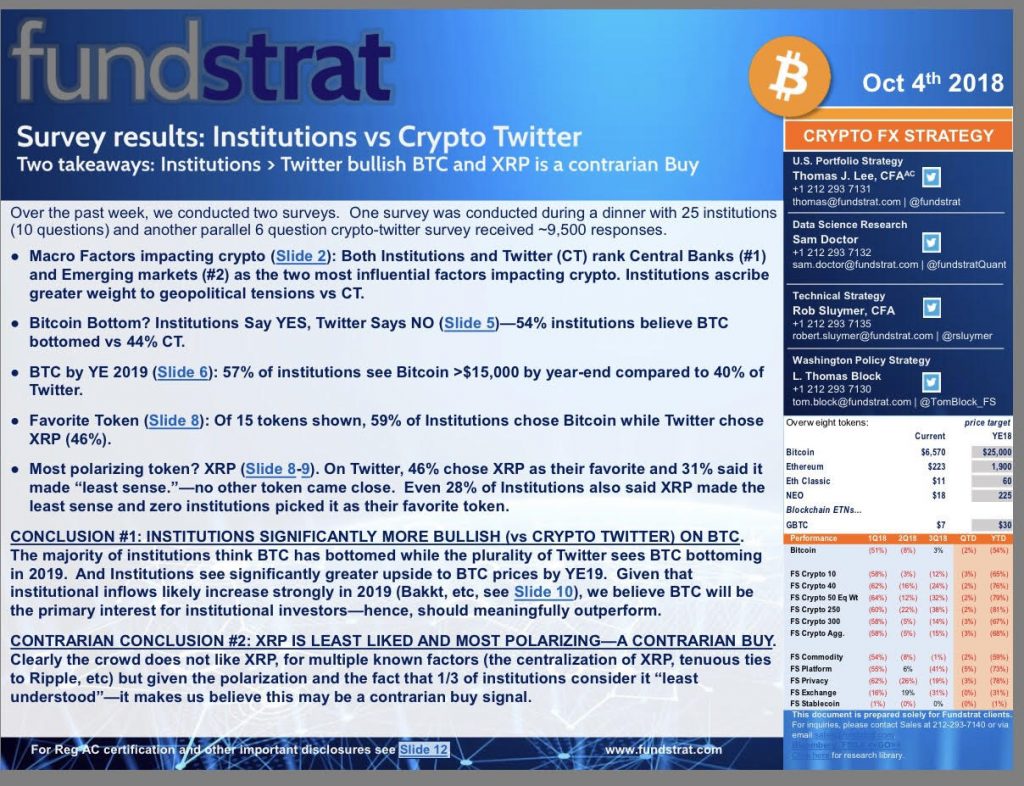 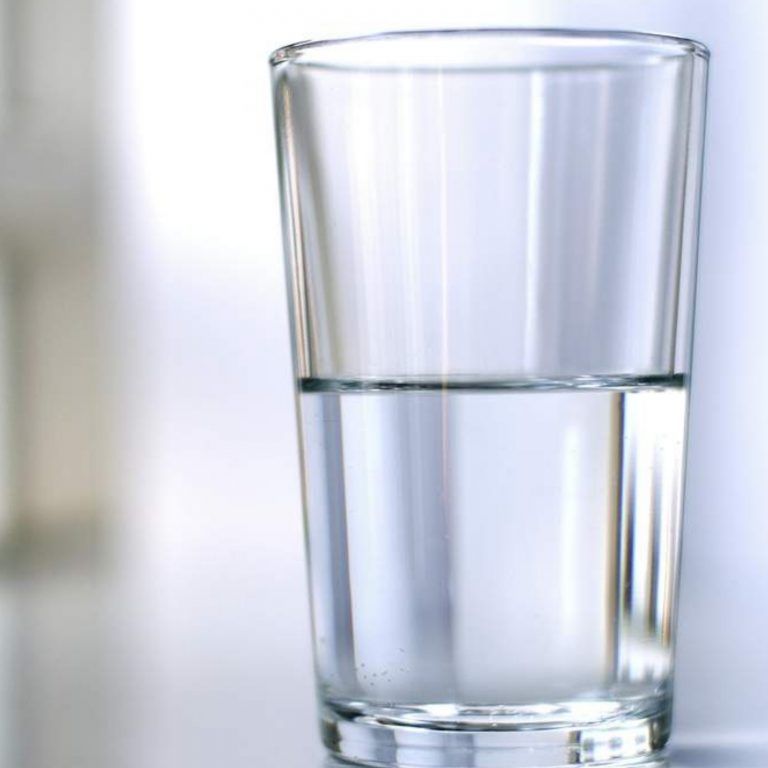 44 percent of those surveyed on crypto Twitter believe the price of bitcoin core (BTC) has room to go before finding bottom, while over half of Wall Street and institutional investors seem to believe BTC’s bottom has been reached. The poll was conducted by Fundstrat, comparing the views comprised of 25 Wall Street related institutions against those of 9,500 respondents on Twitter.

Fundstrat: Wall Street is Optimistic While the Ecosystem Remains Sour on BTC’s Price

Over the period of a week in late September of this year, Fundstrat conducted a poll between institutional or Wall Street investors and Twitter respondents, who might be considered the broader spectrum of crypto enthusiasts. While not particularly scientific in the strictest sense, and therefore can be interpreted a number of ways, it does provide some counter-intuitive data.

What jumps out to most keen observers of the space is the conclusion Wall Street is more optimistic about BTC prices than crypto Twitter. Fundstrat found 54 percent of Wall Street respondents were fairly sure the world’s most popular cryptocurrency has hit its price bottom. Crypto Twitter, however, over 9,000 strong, was decidedly less hopeful: only 44 percent felt BTC was at bottom, suggesting there might be a ways to go yet. And by the end of 2019, institutions were more likely to predict BTC hitting $ 15,000 (57%) compared to just 40% crypto Twitter’s respondents. 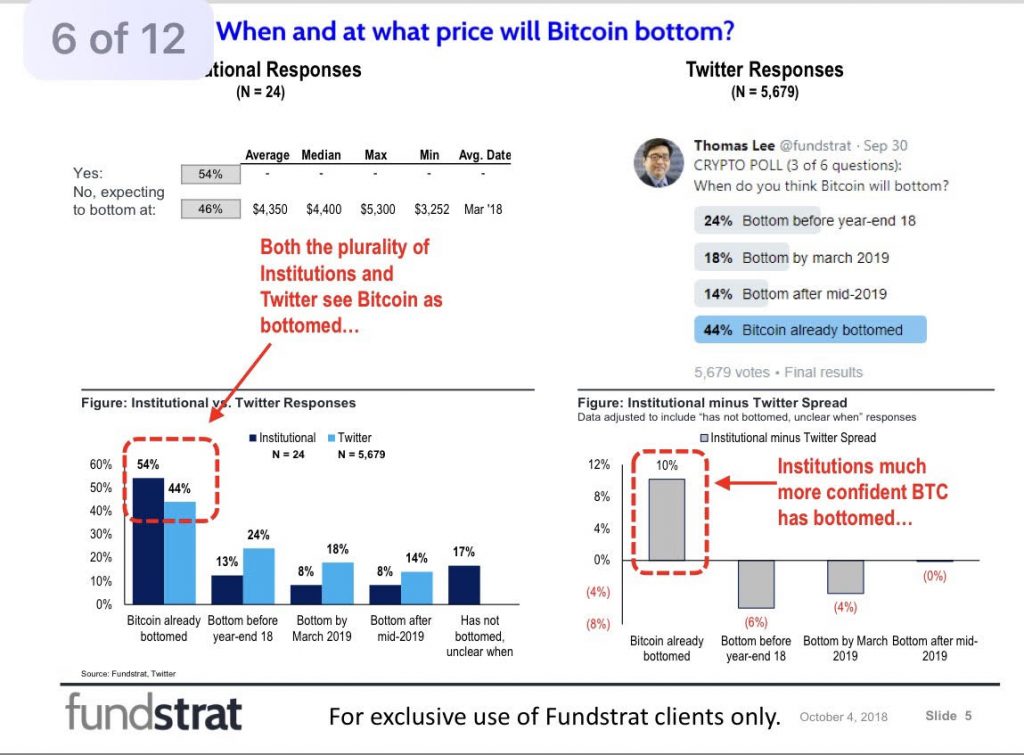 25 institutions received ten questions, while Twitter got a version of those whittled down to just six, eliciting 9,500 responses. More obvious takeaways include how both genres polled agreed ‘macro factors’ impacting crypto going forward are central banks and emerging markets, which ranked 1 and 2 respectively. Institutions, however, view politics as having a greater impact compared to their crypto Twitter counterparts. 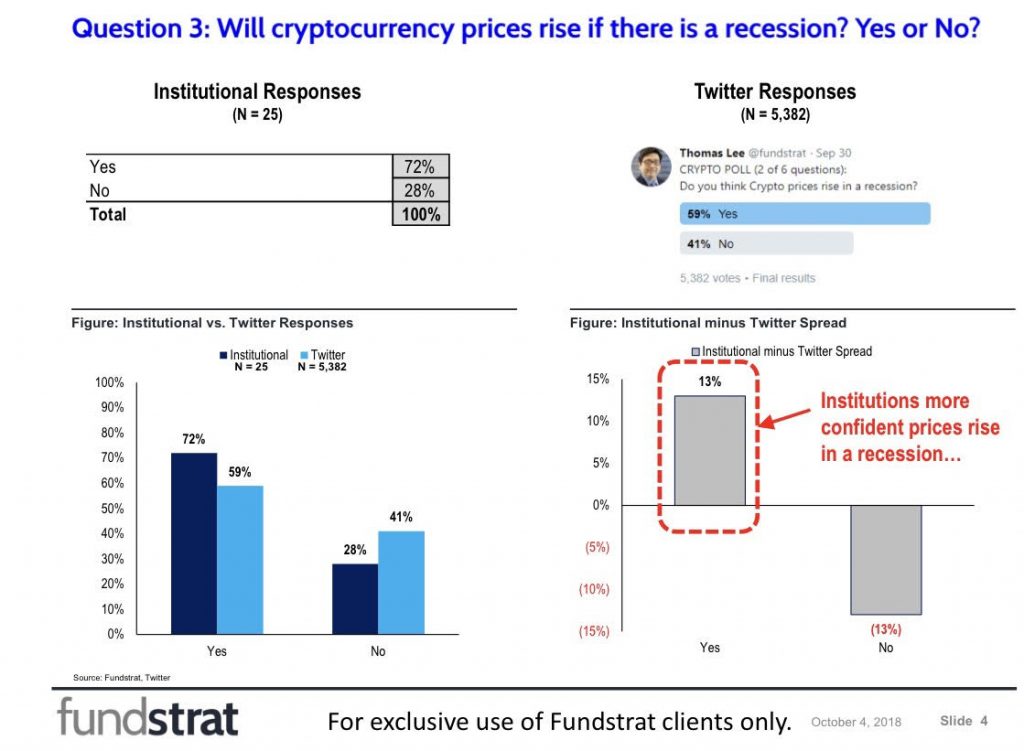 Other findings of interest include how institutions polled were decidedly bullish on BTC’s price rising, with 57 percent believing it will be between at least $ 15,000 to “the moon” by next year’s end. And should the US economy fall to recession, only 59% of crypto Twitter believed cryptocurrency prices would rise, while institutions remain more optimistic with 72% answering crypto could very well increase in price during economic down times.

Are you optimistic about BTC’s price? Let us know in the comments below.