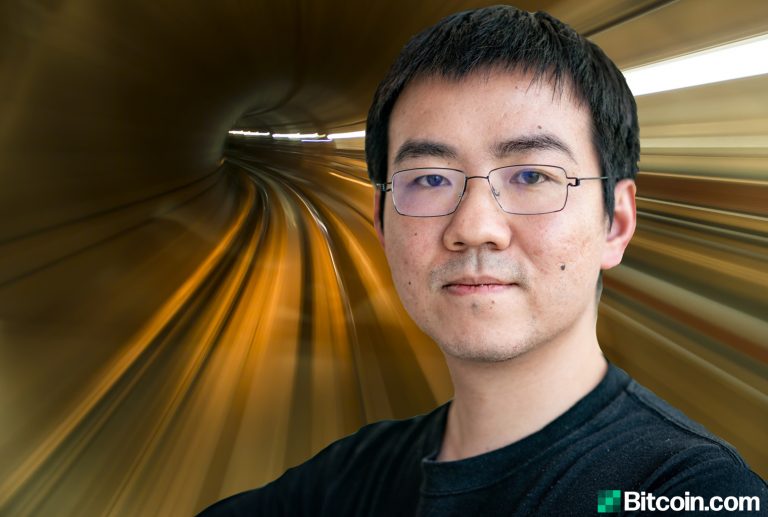 Bitmain cofounder Jihan Wu’s recent interview discusses some of his predictions concerning the future of bitcoin, mining, the bitcoin halving, and the cryptoconomy. Despite the coronavirus outbreak and its effect on the global economy, Wu is optimistic and he believes the modern central banks’ loose monetary policy infecting the world will bolster the value of financial technologies.

The cofounder of Bitmain, one of the largest ASIC mining rig manufacturers worldwide, believes that cryptocurrencies show great promise in the midst of the current economic storm. According to a recent interview published on Friday, Bitmain’s Jihan Wu had said he was positive about the future of digital currencies like bitcoin. Wu explained that the recent bailouts and central planners’ stimulus injections could make digital currencies more valuable. During the discussion, Wu noted that the price of bitcoin also has a top and at times growth will be slower.

“As bitcoin’s market cap grows, its volatility decreases and becomes more stable,” Wu detailed. “That means we may not see abrupt spikes in its price. No matter how high bitcoin goes, one day it will reach a top. Before that, it will see prices [with] flatline growth with some twists in the next few years.” Wu also said:

I think the bull this time around may not come immediately after the halving. There likely will be a delay in time.

Wu then detailed that he doesn’t think bitcoin can act as a “safe haven in a volatile world.” “However, bitcoin and the financial markets, in my eyes, are a bit like the relationship between a surfboard and wave. How well you can surf depends on your skills,” Wu remarked. Further, Wu discussed the latest round of next-generation miners Bitmain recently revealed. Bitmain unveiled two bitcoin miners with max speeds up to 110TH/s per unit on February 27. The mining manufacturers cofounder believes these next-generation miners will serve the market for at least 3-4 years.

Bitmain’s CEO also said that bitcoin cash (BCH) is a promising project and he is of the opinion that “overly ambitious goals should be put on hold.” “Keep the technical architecture simple and the community united,” he added. As far as ethereum (ETH), Wu also was positive about the crypto’s outlook, but said developers should put less concern in removing proof-of-work and focus more on progressing the technology forward.

What do you think about Bitmain cofounder Jihan Wu’s recent interview? Let us know in the comments section below.