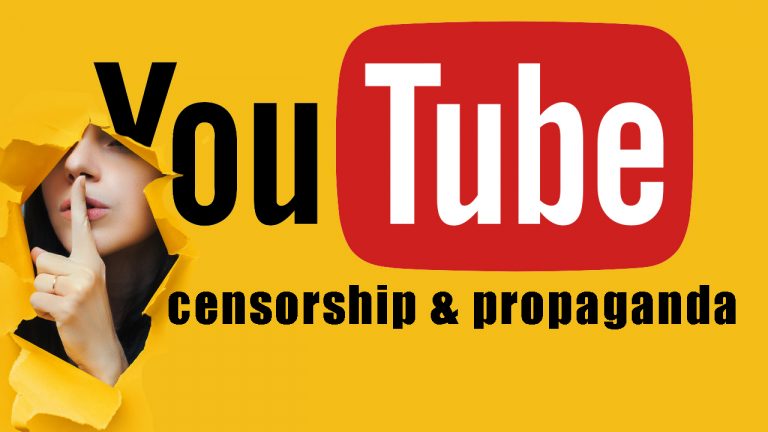 During the last few years, the Google-owned Youtube platform has been accused of massive censorship and in the last three months, the video streaming business resembles the Ministry of Propaganda, more than an online video-sharing platform. This week Bitcoin.com was also censored for sharing a video about our bitcoin mining pool. Bitcoin.com’s Youtube account was given one strike for allegedly “violating community guidelines.”

When the online video-sharing platform Youtube was first released in February 2005, it was a community of people sharing ideas with very little censorship and moderation. Nowadays, Youtube is under the ownership of Google, and the firm’s CEO Susan Wojcicki has been outspoken about removing videos. Weeks ago, Wojcicki told CNN that any videos that went against the WHO narrative in regards to the Covid-19 outbreak would be removed.

Last year, Youtube de-platformed a myriad of ‘alt-right’ and so-called ‘conspiracy’ groups and removed these channels from the video streaming site. Youtube also started harassing cryptocurrency content creators and Youtubers who operated channels that discussed bitcoin and other digital assets. During the holiday season in 2019, Youtube officials purged a massive number of cryptocurrency video channels for very little reasoning. The company typically just tells the person that the channel had “violated community guidelines.” 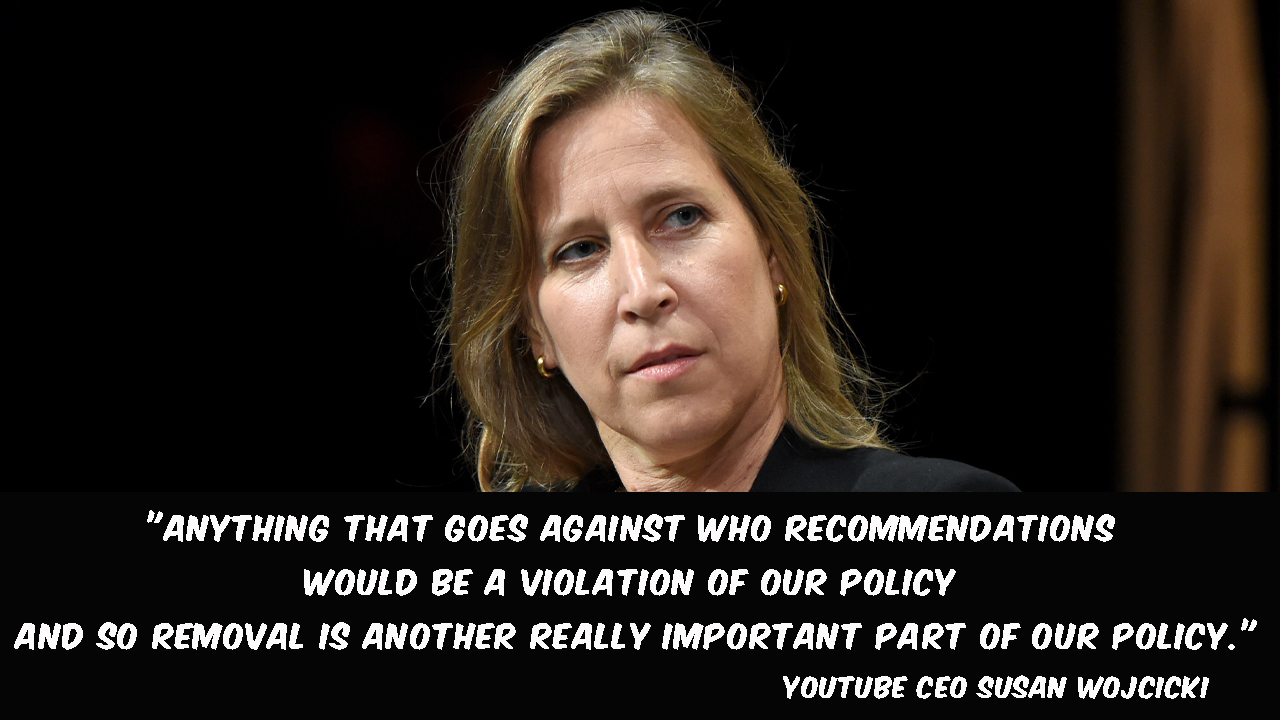 Prior to Bitcoin.com’s recent video removal and strike, Wojcicki’s words came to fruition as her company banned many videos that spoke out against the WHO’s narrative when it came to an oppositional narrative toward ‘official’ coronavirus data. Youtube and Wojcicki took it upon themselves to shelter the public from an opposite narrative that claims herd immunity works and the fatality rate for Covid-19 was extremely over-exaggerated.

We now know that the proof is right in front of our faces and many respected scientific think tanks and epidemiologists have told the public that the lockdowns were very irrational. Despite the proof, Youtube has banned a number of videos that go against the ongoing fear-mongering narrative. When a video was posted on Youtube that featured Dr. Daniel W. Erickson and Dr. Artin Massihi from California, the video got 5 million views before it was removed. Youtube’s excuse was:

We quickly remove flagged content that violate [sic] our Community Guidelines, including content that explicitly disputes the efficacy of local health authority recommended guidance on social distancing that may lead others to act against that guidance.

Youtube also banned a video called “Plandemic,” which featured Dr. Judy Mikovits soon after it was published on the online video sharing platform. Youtube, however, does allow videos that rebut Judy Mikovits, Daniel W. Erickson, and Dr. Artin Massihi’s narratives. The company has no issues allowing rebuttals that stay on course with the fear-mongering narrative.

But any dissenting views against the lockdowns, stay-at-home orders, and social distancing continued to be removed to this day. The former head of biostatistics, epidemiology, and research design at Rockefeller University, Dr. Knut M. Wittkowski, recently told the public that Youtube had banned his video that went against the lockdown, and over-reaction narrative after it gathered more than 1.3 million views. Dr. Andrew Kaufman’s videos were also removed, when he spoke out against the stay-at-home narrative and the data spread by people like the epidemiologist Neil Ferguson.

Now Youtube has banned one of Bitcoin.com’s videos for sharing information about our mining pool. The video removal was based on the company’s “sale of regulated goods” policy and the video allegedly went against “community guidelines.” The Bitcoin.com account was given a single strike, which gives the account a one week probation period. Two to three strikes could lead to far worse restrictions against the Bitcoin.com account that merely shares information and resources about cryptocurrency solutions. Bitcoin.com’s CEO Mate Tokay has spoken out against the Youtube censorship in a tweet letting the company and Wojcicki know they have been immoral.

History shows that censorship has produced some manipulated realities and it has furthered evil time and time again. Youtube is a private company and it can do whatever it wants, but the censorship still speaks volumes on the company’s tethered relationship with the status quo. There’s a reason why cryptocurrency videos are removed and it is because it goes against Youtube’s financial masters. The reason why Youtube bans certain groups is because those groups gain grass-roots attention and make people think critically.

Let us know what you think about Youtube’s action.😕😑 We will make sure to update all of you! Stay tuned and watch our Weekly Show: https://t.co/jOjTQqOQI9 #BitcoinCash #StayHome #cryptocurrencies #youtube pic.twitter.com/OfqjVDDYQn

Youtube has banned videos that go against the Covid-19 narrative as well, because people started realizing that a virus with a 99% survival rate isn’t as horrible as we all thought. Concrete evidence shows that the lockdowns and stay-at-home orders did absolutely nothing, even though Youtube continues to scream the less-powerful Covid-19 mantras. “Staying at home saves lives,” “We’re all in this together,” “Flatten the curve,” and other propaganda slogans are still aired on nearly every ad published on Youtube today.

Censorship and propaganda techniques paint a clear perspective of Youtube’s true colors. Censoring Bitcoin.com’s mining video bolsters the argument that Youtube does not have the best interests of global citizens in mind. If anything, people who understand Youtube’s vile acts of censorship and misinformation, should vacate the platform in great numbers and leverage a more decentralized online video sharing application like Lbry, or Bitchute. As the economic think tank Fee.org has said: “Youtube’s censorship of dissenting doctors will backfire.”

What do you think about Youtube’s censorship and propaganda techniques these last few months? Let us know in the comments below.