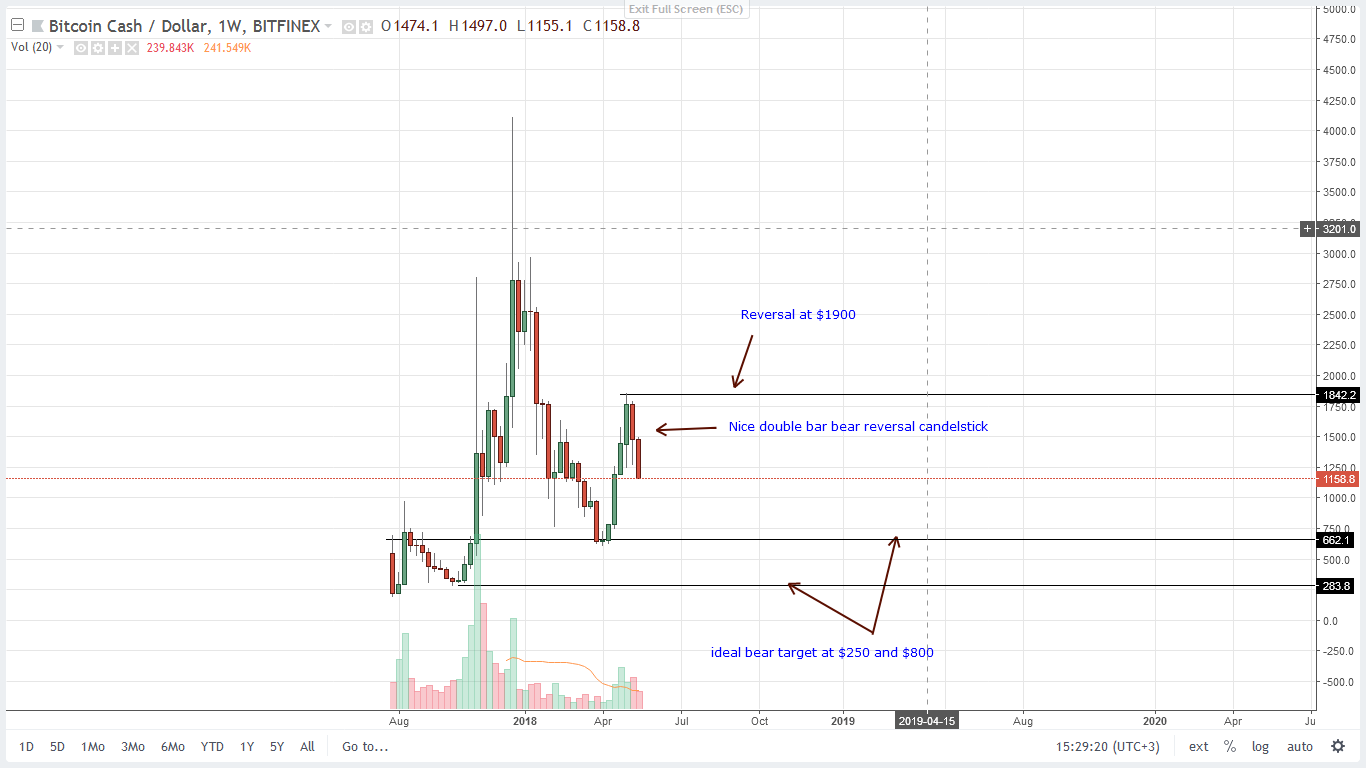 Despite the fork, Bitcoin Cash continue to slide. In the last 24 hours for example, it is down nine percent adding on to their weekly 13 percent loss. It might have been because of the mixed reaction following the upgrade from 8MB to 32MB happening at a time when the average daily transaction is around 20K at 80kb per block. When Bitcoin Cash shall utilize full capacity and fill 32MB per block we don’t know. Considering competition especially from Bitcoin and Ethereum-the latter plans on sharding, it might take a while before that happens.

Is Bitcoin Cash a wonderful product? Absolutely! Will it replace Bitcoin and dominate the crypto world? Well, maybe, who knows! For investors, speculators and traders, waiting on the sidelines and timing good entry positions can be prudent than trading with every slight swing. Yes, they had an upgrade this week but is it convincing enough for merchants and retail users to say switch from say Litecoin and use Bitcoin Cash to transact? Time is everything and right now, sellers are pressing the gas pedal with eyes set at $ 600.

What we do know for sure is that Bitcoin Cash has new capacity now that we have a 32MB block in place. There will be space for new user cases and yes, just to clarify, majority of the Bitcoin Cash network would be run by small data centers with better connections and which have the ability to carry out network back hauls. In my view, I don’t really think there would be problems of centralization as many people have been made to believe.

Not everyone can become a full node and forget about your smart phone ever becoming one. The issue of centralization might crop up not because of storage issue or bandwidth limitation but from centralization of hardware via economies of scale. It’s a design weakness and that’s why we have these huge mining pools who are set to get richer with every block size increment. So, will Bitcoin Cash becomes another centralized business in the future? I leave that to you.

In the weekly chart, Bitcoin Cash prices are basically topping and after week ending May 13 double bar bear reversal pattern, it is likely that prices might dip lower. Notice that last week ended lower despite abnormal volumes suggesting that there were some form of liquidation and rejection of higher highs at resistance. So, unless otherwise, this week will likely end as a bear and in that case we shall continue holding our bear stance as we aim for week ending April 8 lows at around $ 700. 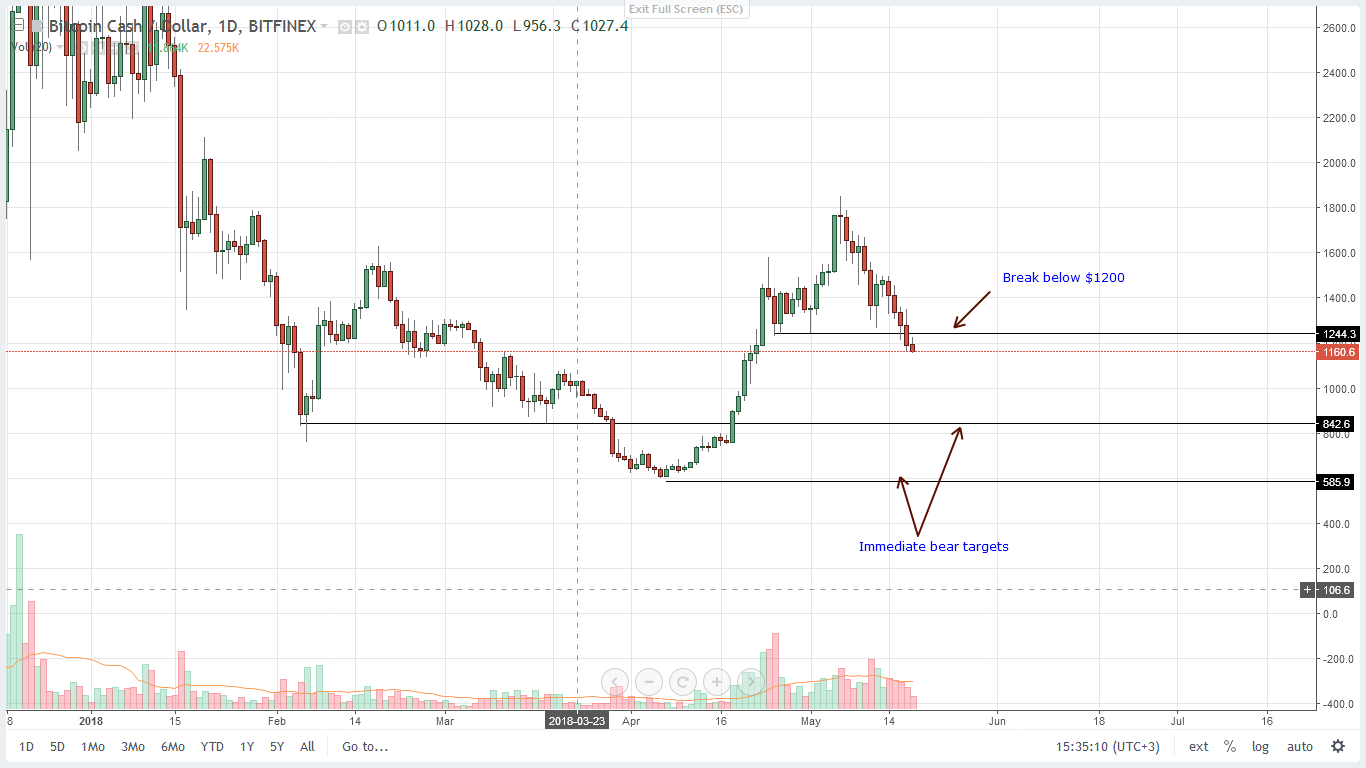 Like the weekly chart, BCH sellers are in charge and for sure, this might continue. As it looks, bears have already broken through the first level of distribution at $ 1200. From the look of things and basing this on the general trend, swing traders can initiate shorts at current prices and aim for $ 800, $ 700 and $ 600 round numbers.