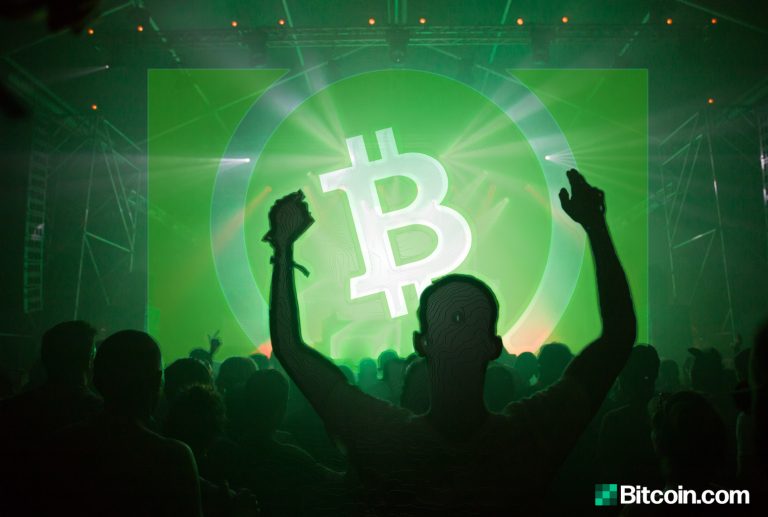 Today Bitcoin Cash (BCH) fans from all around the world will be celebrating the 2-year anniversary of the BCH network. The day is a great occasion to commemorate the dedicated BCH software engineers and the passionate community, alongside the number of achievements accomplished since August 1, 2017.

Fervent supporters of the Bitcoin Cash blockchain will be gathering together today to celebrate August 1, 2017, the day the BTC chain split into two. The reason BCH exists is due to the fact that a large group of bitcoiners, crypto company executives, early adopters, and developers believed the Bitcoin Core (BTC) development team strangled scaling. The arguments began years ago when the chain’s block size started to fill up and more users utilized on-chain settlement. Core developers decided to remain stubborn and keep the block size at 1MB and in 2017, the debate escalated when tens of thousands of transactions were congested in the network backlog and transaction fees grew astronomical. Before the implementation of Segregated Witness on the BTC network, pools of SHA-256 miners hard forked at 2:14 p.m. EST on August 1, 2017.

The Bitcoin Cash (BCH) fork was initiated when the mining pool Viabtc mined the first Bitcoin Cash block (478559). The first Bitcoin Cash block was 1915175 Bytes or 1.9 MB in size, holding 6,985 transactions. That Tuesday, the BCH hashrate started out at around 247 petahash per second (PH/s) or 4% of the BTC network’s hashrate. On August 2, BCH captured the third highest valued market valuation, beating out Litecoin in capitalization. Over the course of the first few days, BCH miners processed six ‘big blocks’ (over 1MB) between August 1-4 and two of them were over 4MB. On August 16 at approximately 8 a.m. EST, an 8MB block was mined on the BCH chain at block height 479469, which processed more than 37,000 transactions. Two days later on Friday, August 18, Bitcoin Cash mining was 21 percent more profitable than mining bitcoin core (BTC). After that specific weekend, BCH hashpower was 20% of the BTC chain’s hashrate on August 21, with 2 exahash per second (EH/s) mining the chain. Since then there’s been a total of 25 major Bitcoin Cash development proposals completed or pending activation on the main chain.

Big Blocks and Over 2 Million Transactions in One Day

All of the completed developments over the last two years can be seen at the data analytics site Coin Dance alongside BCH protocols under development and under discussion. Bitcoin Cash developers have delivered a lot of code in two years, and many achievements are very unique to the BCH chain. For instance, when the network started, the BCH chain had an 8MB block size limit which was tested on various occasions. After May 2018, the chain bumped the block size limit up to 32MB and even bigger blocks were tested after the feature was added.

In September, BCH miners processed blocks between 15-23MB in size on the main chain. During the ‘stress-tests’ in September, data had shown that the BCH chain handled more than 2.4 million transactions in a 24-hour period. On November 10, 2018, a few 32MB blocks were mined by the mining operation BMG Pool. Every big block processed on the BCH chain had cleared the mempool (backlog of transactions broadcast to nodes) in one fell swoop. A number of big block tests and further experiments from developers had proved that Bitcoin Cash can scale.

Additionally, software developers have added a great number of technical features that have invigorated innovation. Engineers have re-enabled the old Satoshi opcodes, increased the data-carrier-size from 80 bytes to 220, and implemented the Script operation OP_Checkdatasig. These features allow for an inexpensive way to embed arbitrary data into the main chain, give support to smart contract concepts, oracle creation, decision-based transactions, and more decentralized creations. Bitcoin Cash programmers worked together to design Cashshuffle, and the first privacy-centric solution for BCH was born. Cashshuffle has seen millions of dollars worth of BCH shuffled since the project launched on the Electron Cash light wallet. In time, other BCH clients like Bitcoin.com’s Wallet will be integrating the Cashshuffle code, allowing for larger liquidity when it comes to mixing bitcoin cash.

BCH developers have also implemented the basic operations for Schnorr signatures on the main chain. The Schnorr concept was designed by Claus Schnorr and BCH developers added the signature technique to the chain at block height 582680. In the future, Schnorr could enhance scaling and privacy a great deal with further upgrades. For now, Schnorr transactions can still create unique transactions and remove roughly 4% of the current transaction storage. Developers are in the midst of reviewing code that could enable Schnorr signatures with the opcode OP_Checkmultisig. This new feature, which could be added this November, will enhance batch verification and could bolster new Schnorr concepts.

The BCH network also has a very mature token ecosystem thanks to the Simple Ledger Protocol (SLP). The SLP system is a robust token creation platform that allows anyone to issue, store, send and receive SLP-based tokens powered by the BCH chain. Since the protocol launch last year there are thousands of SLP tokens and a slew of them have gained value and utility.

SLP tokens are listed on exchanges like Coinsuper, Coinex, Sideshift.ai, and Altilly, and are traded against other digital assets like USDT, BTC, BCH and fiat currencies as well. There’s now a stablecoin built using the SLP system called Honestcoin (USDH) and tokens issued by governments, like in Dublin, Ohio, and the micronation Liberland. Soon when developers launch a user interface for NFT1 type SLP tokens, BCH users can create non-fungible assets like collectibles and extensible gaming items.

Over the last two years, the Bitcoin Cash network has gathered massive third party infrastructure support that has eclipsed every other BTC fork in existence. Today, out of 2,000+ cryptocurrencies BCH holds the 5th largest market valuation and is supported by nearly every major exchange. This includes support from trading platforms like Coinbase, Kraken, Gemini, Bitstamp, Shapeshift, Huobi, Uphold, Bithumb, Bitflyer, Binance, Etoro, Coinex, Coinone, and Liquid. BCH can be purchased and sold in a peer-to-peer fashion using the local Bitcoin Cash marketplace, Local.Bitcoin.com.

In order to reflect upon all of the milestones accomplished over the last two years, BCH supporters are celebrating August 1 at BCH meetups all around the world. There are two-year anniversary parties taking place in Tokyo, San Antonio, Edinburgh, China, London, Houston, Thailand, Germany, Bangkok, and other cities around the globe that host BCH meetups on a regular basis. A decent list of BCH anniversary parties can be found here and here and some festivities will be going all out, with special guests and musical acts. For instance, one of the world’s largest BCH meetups in Tokyo will gather at V2 Tokyo (Roppongi) from 7:00 p.m. – 10:30 p.m. to celebrate on August 1. There’s going to be special performances and a presentation on the Avalanche protocol. Appearances will be made by well known crypto influencers like BRD CEO Adam Traidman, Edge Wallet CEO Paul Puey, and Bitcoin.com’s Roger Ver.

Hi all! Tokyo #BCH Meetup is working hard organizing #BitcoinCash‘s 2nd Year Anniversary party for Thurs Aug 1!😀 We have updated the details. Please rsvp from below link👍
A huge thanks to@BRDHQ and @BitcoinCom
for being the Platinum Sponsors!!✨https://t.co/t0o1XCNGs2 pic.twitter.com/HDPwcaF16v

Thursday marks an opportunity for BCH supporters to celebrate the 2-year anniversary of the first BCH block and all the work completed so far. Passionate BCH supporters and software engineers behind the chain see these achievements as proof the cryptocurrency is a strong competitor. The parties worldwide commemorate the peer-to-peer electronic cash system’s adoption rate, network effect, vibrant supporters and continued development to the protocol’s foundations. If you are still out and about today and there are BCH anniversaries in your local area, swing on by to learn or discuss the technological revolution that’s taking place worldwide.

What do you think about the 2-year anniversary of the Bitcoin Cash network? Will you be celebrating at a meetup in your local area? Let us know in the comments section below.

How could our Bitcoin Block Explorer tool help you? Use the handy Bitcoin address search bar to track down transactions on both the BCH and BTC blockchains and, for even more industry insights, visit our in-depth Bitcoin Charts.