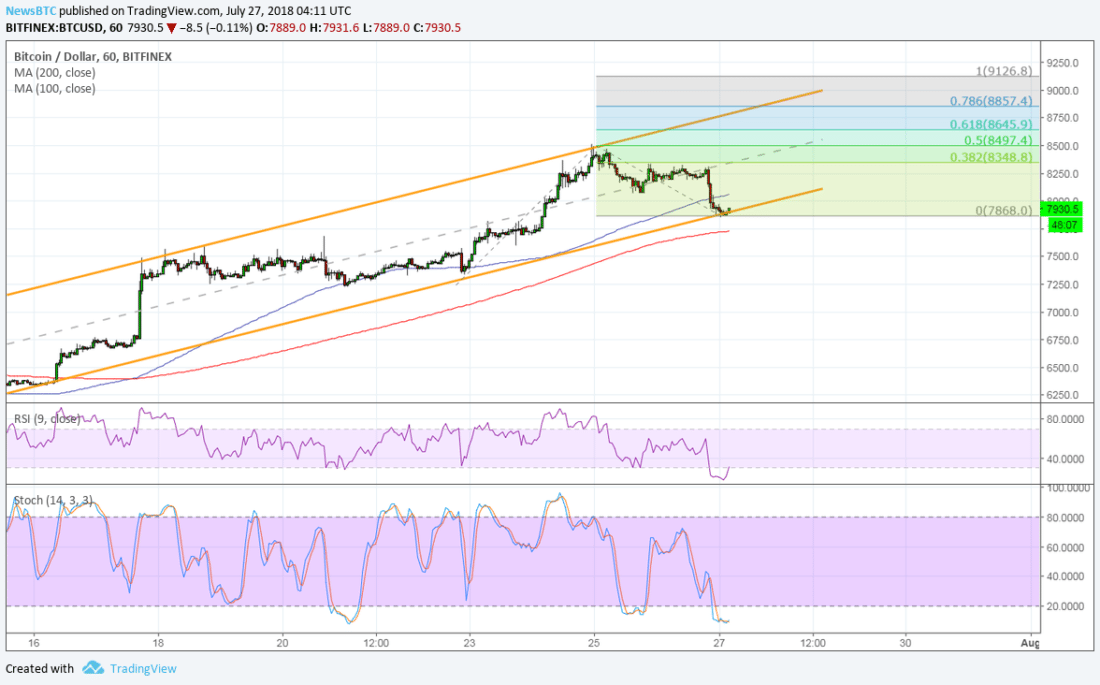 Bitcoin price appears to be encountering support at the channel bottom and may be due for a rally continuation.

The 100 SMA is above the longer-term 200 SMA to confirm that the path of least resistance is to the upside. This suggests that the uptrend is more likely to continue than to reverse.

However, bitcoin price has dipped below the 100 SMA dynamic inflection point to signal some bearish pressure. The 200 SMA might be the line in the sand for a pullback, as it lines up with a former resistance around $ 7,500.

If support holds, bitcoin price could resume the climb to the nearby resistance levels marked by the Fibonacci extension tool. the 38.2% to 50% levels are around the mid-channel area of interest, with the latter lining up with the swing high around $ 8,500. Stronger bullish momentum could take it up to the 61.8% extension at $ 8,645 or the 78.6% extension at the channel resistance. The full extension is located at $ 9,126.80 above the top of the channel.

RSI is indicating oversold conditions and looks ready to turn higher, signaling that buyers could return while sellers take a break. Stochastic is also in oversold territory to reflect weaker bearish pressure and a return in bullish momentum once the oscillator starts moving higher.

Bitcoin price has pulled back from its strong climb on account of profit-taking on the CME futures expiry this week and the rejection of the Winklevoss bitcoin ETF by the SEC. The regulator also decided to delay its decision on the other bitcoin ETF applications filed in order to make room for more feedback.

Looking ahead, bitcoin price could wait for another round of positive developments to sustain its climb. Earlier on, expectations for a second-half rebound and the pickup in institutional interest were seen as factors propping prices higher.