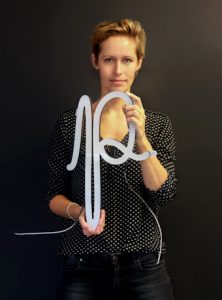 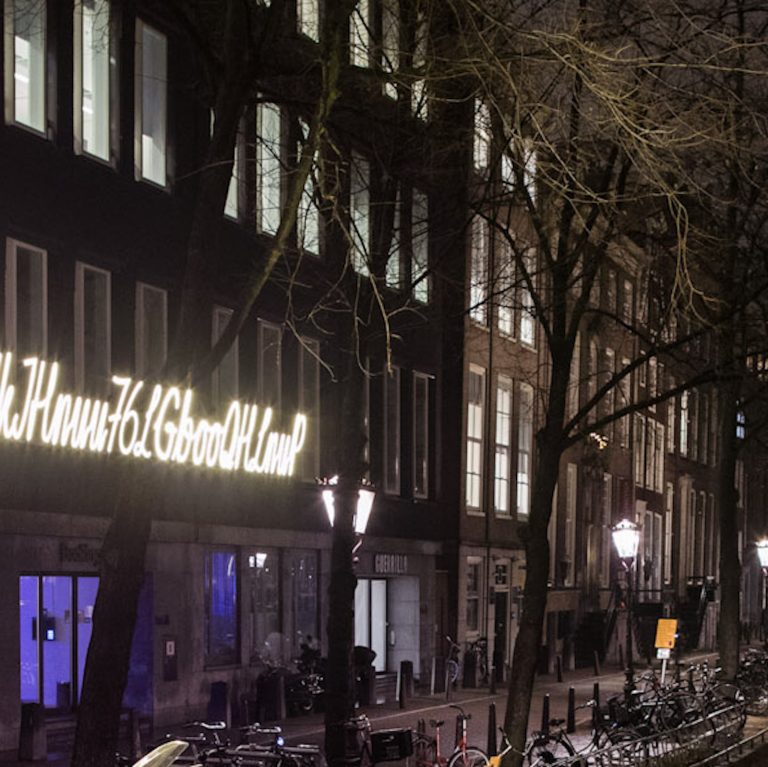 Residents of the Herengracht, one of Amsterdam’s most famous canalside streets, have been confronted by a curious combination of illuminated letters and numbers. The large 34-character display has provoked curiosity and more than a little confusion. Part of Amsterdam Light Festival, the gaudy installation is in fact a bitcoin address with a benevolent cause attached.

Cryptographic Code Down by the Canal

“Code” is the name of Frederike Top’s eye-catching contribution to Amsterdam Light Festival. The 37-year-old Dutch artist, who learned her craft in Utrecht, normally creates lamps, furniture and interior designs that are characterized by playfulness, often with an element of user interaction. In “Code”, Top has taken her artwork to the streets and scaled it up significantly to create a coruscating bitcoin address in the heart of the city’s tourist district.

The positioning of the artwork, affixed to the face of a former bank building, is no coincidence. As the Amsterdam Light Festival website explains, “Central control is no longer needed for digital transactions as opposed to the traditional financial world. Cryptocurrency is a real threat for governments and banks as Top highlights in her installation by positioning it in front of the enormous, closed former bank building.”

Charity in the City of Crypto

The BTC address used for the project, 1MA8Wopde19HbANkJHnuu76LGbooQHLnuP, which even contains the word “bank”, has an altruistic purpose: all contributions it receives will be donated to Huis van de Tijd, a foundation for elderly people with dementia. So far, 14 modest BTC donations have been made.

Amsterdam has a strong Bitcoin heritage, having housed its own Bitcoin Embassy since 2014. It also recently opened the House of Nakamoto, an information center and retail store for cryptocurrencies that features a Bitcoin museum. Frederike Top’s bitcoin address artwork can be seen as part of Amsterdam Light Festival until Jan 20, 2019. The seventh edition of the festival comprises 29 illuminated artworks and 10 city stories, with the lights switched on between 5 p.m. and 11 p.m. daily. Walking tours take visitors around the installations, which can also be viewed by bicycle or boat.

What are your thoughts on Bitcoin-themed artworks such as this? Do you think they help to raise awareness of cryptocurrency? Let us know in the comments section below.