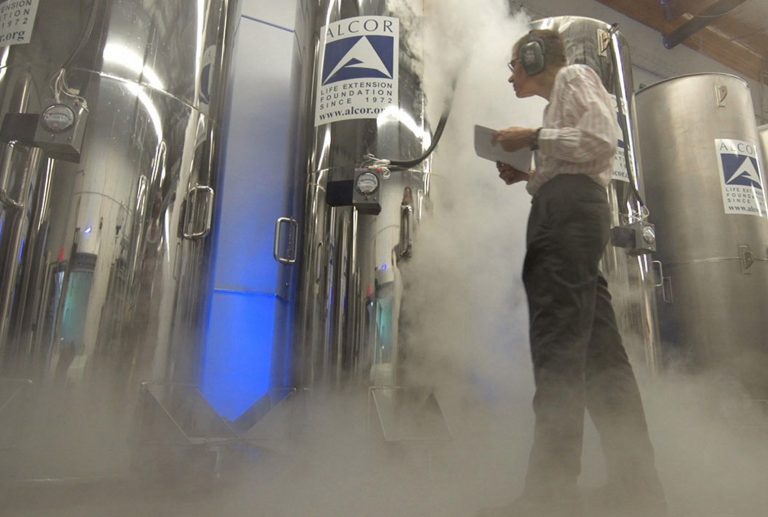 Alcor Life Extension Foundation has revealed the company is accepting bitcoin cash (BCH) donations. Alcor was convinced by Bitcoin.com’s executive chairman Roger Ver to add BCH acceptance, the same person who convinced Alcor to accept BTC payments via Bitpay back in 2014. The nonprofit organization is well known for its cryonics research and practices as the company has a strong relationship with cryptocurrency advocates.

The Alcor Life Extension Foundation now accepts bitcoin cash (BCH) donations for its cryonics research and operations in Scottsdale, Arizona. Many cryptocurrency historians will recall that the early cryptocurrency pioneer Hal Finney was a believer in life extension and he is cryopreserved at Alcor. However, they might not realize that Bitcoin.com’s executive chairman and one of the industry’s first angel investors, Roger Ver, convinced Alcor in 2014 to accept BTC. At the time, the company accepted BTC through the Atlanta-based payment processor Bitpay. On August 28, 2014, when Finney passed away, his body was brought to the cryonics facility for preservation. Alcor explained that Finney’s remains would be kept in “long-term storage, where he (would be) cared for until the day when repair and revival may be possible.” Finney’s cryonics process was paid for with his life insurance and “bitcoins donated by admirers” and his wife has also chosen to be cryopreserved.

Ver has once again convinced the nonprofit to accept a cryptocurrency and this time around it’s bitcoin cash (BCH). Alcor also accepts cryptocurrency payments in ETH, LTC, and BTC. “If you don’t see your preferred cryptocurrency in the list below you can contact us and we can probably provide you with a wallet address,” Alcor’s crypto donation page details. Donations help the company remain at the forefront of cryonics technology and give the Alcor team the ability to “preserve the future for all members.” Ver also generously gave Alcor 3 BCH (more than $ 1,000) after the company created a bitcoin cash donation address. People who wish to donate to Alcor’s cryonics research and operations can visit the nonprofit’s cryptocurrency donation page here.

Besides Hal Finney being Alcor’s 128th patient, there are a bunch of blockchain technology proponents who believe in life extension and the philosophy of extropy. Extropianism is an “evolving framework of values and standards for continuously improving the human condition” and the belief is that someday humans will be able to live indefinitely through advances in science and technology. “The Principles of Extropy” started as a set of principles invoked by futurist and philosopher Max More. He’s also been the president and CEO of the Alcor Foundation since 2011.

Another member of the Alcor Foundation is the cryptocurrency magnate Robin Hanson and the world-renowned cryptographer Ralph Merkle has been known to be a “researcher and speaker of cryonics.” Years ago, Galaxy Digital founder Michael Novogratz gave money to SENS research, an organization that studies and develops regenerative medical therapies. “SENS Research Foundation works to develop, promote, and ensure widespread access to therapies that cure and prevent the diseases and disabilities of aging,” the website reads. More than $ 4 million dollars’ worth of digital currencies were donated to SENS from the Pineapple Fund and Ethereum cofounder Vitalik Buterin.

A few cryptocurrency advocates think highly of life extension, futurism, the philosophy of extropy, and organizations like Alcor and SENS research in the same way they believe digital currencies will revolutionize the world’s monetary system. Alcor is convinced that cryonics, cryonics research, and cryonics technology will help preserve our loved ones until the technology becomes available to restore them back to good health. SENS research has also redefined age-related ill-health treatments by “inspiring the next generation of biomedical scientists.” Just like digital asset proponents, believers in life extension face skeptics of these technologies and of newly created sciences. There’s no reason to think that some day digital currencies won’t be used by the global masses, because there’s a good chance it could happen. In the same way, we cannot say that science and technology will not be able to stop or slow down aging dramatically. Nor can we say that at some point in the future we won’t be able to restore our deceased loved ones’ lives.

Alcor accepting bitcoin cash (BCH) donations is a natural fit, because both concepts derive from being optimistic on the future of math, science, and technology. Moreover, adding a variety of cryptocurrency addresses to the donation page promotes more free market choice by allowing people to donate using their preferred cryptocurrency. BCH fans will be pleased to hear that another well-known organization now accepts the peer-to-peer electronic cash. Similarly, through strong community persistence, organizations like Chess.com accept BCH for subscriptions and the Free Law Project’s Courtlistener Repository accepts BCH donations as well.