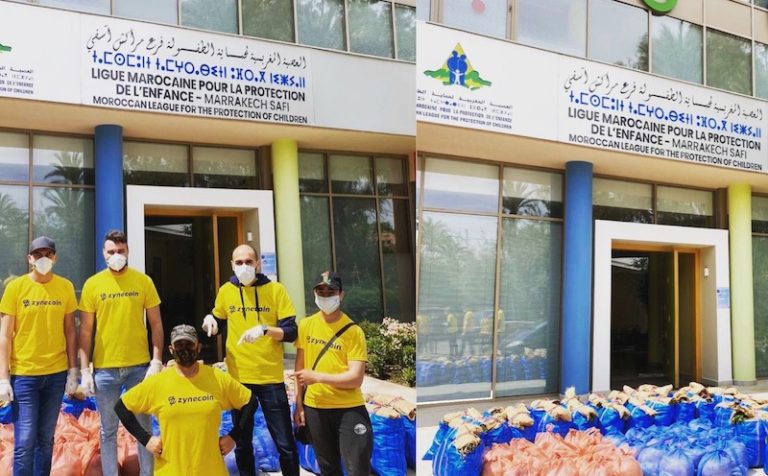 Zynecoin has been created to tackle challenges the African economy faces in a centralized system that lacks transparency and hinders growth.

Marrakech, Morocco, 27th July 2020 – Africa-based Zynecoin is proud to announce its official website launch in English, French and Japanese, catering to their strong following of native speakers of these languages.

A cryptocurrency designed to improve Africa’s economic standing, the Zynecoin token supports African innovators and entrepreneurial ecosystems as well as humanitarian initiatives. With a built-in fee-split mining auto-allocation, the token guarantees that a percentage of the rewards is contributed directly to state treasury funds and NGOs.

“Africa was the birthplace of humanity. We want to return to Mother Africa, our source of sustenance,” declared Karim Benabdelkader, Chief Visionary Officer of Zynecoin. “If Africa is reborn, all of humanity also carries the hope of rebirth, and we have created Zynecoin for the sole purpose of promoting and elevating African projects and innovations.”

Zynecoin’s main focus is to solve the major obstacles that the African market is facing. Although Africa is a rich and bountiful continent that possesses huge potential, this is likely to remain untapped if current conditions do not change.

The centralization of monetary systems has led to a serious lack of funding for startups, not to mention the high risk perception with regards to both lending to and investing in African entrepreneurs. The continent’s large informal economy has also resulted in pervasive tax evasions. All of these have led to a general aversion to funding African startups and innovative entrepreneurs struggle amidst such negating circumstances.

Through a three-fold approach, Zynecoin, its blockchain protocol WETHIO and its incubation center, Zynecoin Academy, have been established to work collectively and support economic development, drive technological innovation and improve Africa’s market standing throughout the continent.

As a cryptocurrency, Zynecoin overcomes borders and can reach out to global investors. Powered on its own Blockchain WETHIO in a decentralized ecosystem, Zynecoin’s innovative model improves transparency, security and enables smoother cross-border transactions.

The word ‘Wethio’ means ‘exchange’ in Wolof as the African blockchain is a protocol that is globally accessible. WETHIO also incentivizes collaborative PoS (Proof of Stake) mining in the hopes of encouraging widespread adoption amongst miners everywhere.

With a focus on building trust and privacy, business malpractices are opted out by smart contracts on the platform. The platform also provides users a secure place to build dApps which can reach millions living in the continent and beyond, and comes with the benefit of a common, trusted token. The Zynecoin wallet offers security, efficiency and transparency in conducting transactions.

The Zynecoin Academy focuses on incubating and supporting promising startups, helping them launch projects and d’Apps to increase their chances of success and scaling globally.

Off to a promising start, Zynecoin has already signed a partnership agreement with the Ministere de l’Energie du Burkina Faso on 24th February 2020 to build a solar power plant in Burkina Faso in West Africa. According to Zynecoin, the 3 MW (megawatt) station will have the capacity to supply energy to more than 1,500 homes.

Start-up incubator KEOLID in Ouagadougou has also signed an agreement with Zynecoin to build assets on top of Blockchain WETHIO to raise funding for project development. To date, KEOLID supports 70 projects headed by young African entrepreneurs in fields with high development potential. The Zynecoin Academy will support African entrepreneurs who are building on the WETHIO protocol with seed funding.

In line with its humanitarian objectives, Zynecoin also organized ‘Operation COVID-19 SOS’, an initiative that saw the organization distribute 1.5 tonnes of food per week, over 8 weeks in Morocco to alleviate the financial difficulties families faced amid the pandemic. 70,000 ZYN was allocated for CSR to finance the distribution of 400 packages of 30 kg of 100% organic, basic-necessity foods that included fruits and vegetables.

As it continues to unleash the enormous potential of the African continent, while implementing its revolutionary and innovative solutions, Zynecoin has managed to attract investor interest. It is currently listed on established exchanges, Bibox, where the mainnet token swap from ERC-20 to Blockchain WETHIO was implemented; and PROBIT, where the token was recently listed.

S.Korean Lawmakers want to question Do Kwon Over LUNA Crash

Attention Traders! These Two Ethereum-Killers Poised to Break Out This Week